APSS having to leave East Fortune 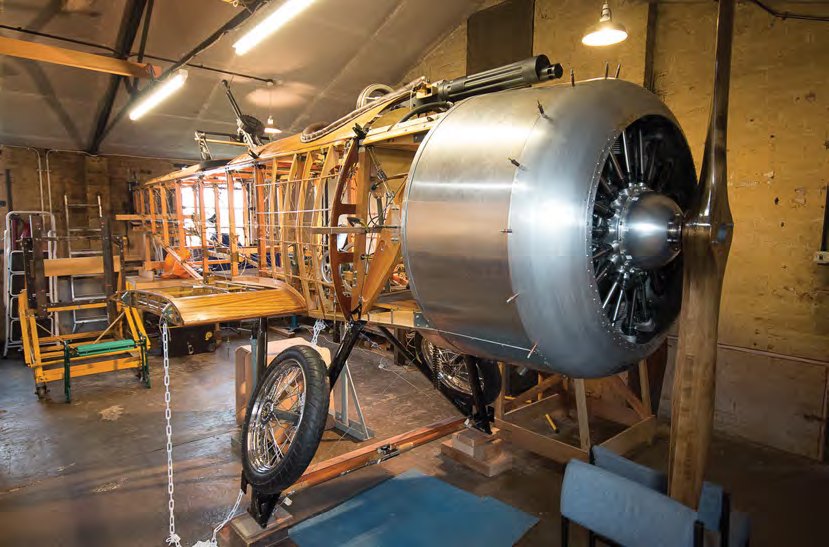 The replica Sop with 1½ Strutter in the APSS workshop during early January.

Fifteen years after volunteers from the Aircraft Preservation Society of Scotland (APSS) began construction of a flying Sopwith 1½ Strutter replica in a workshop at the National Museum of Flight (NMoF) at East Fortune near Edinburgh, the project looks set to leave the site following a change of policy by museum management.

During November, the APSS was told that the aircraft could no longer be accommodated at East Fortune. The society, which helped to set up what has now become the NMoF back in 1973, will have to vacate its workshop at the end of this year and find alternative accommodation.

The 1½ Strutter project was originally initiated by the APSS in 2000 with encouragement from the museum, the type having been operated from East Fortune during the First World War. The museum subsequently withdrew its interest in the project but agreed that the APSS could use the building to complete the aircraft.

As it nears completion, the society needs a larger building to accommodate the fully rigged aircraft. The museum has permitted the APSS, for a few short periods of time, to use space in one of the main East Fortune hangars in order to check the basic fit of the main parts.

A spokesman for the APSS says: “We did submit a proposal to the museum over a year ago where we would fund and build a new hangar on a currently vacant museum building base and also upgrade our current building. Our proposal also stated that we would be prepared to operate as a separate organisation within the museum boundary, offering a ‘live’ display of our aircraft and of the history surrounding how a Strutter would look like in aWW1 setting.

“We accepted that we could not operate the aircraft on the museum site, but there is land adjacent to the museum where we could certainly operate the Sopwith”. The aircraft is now dismantled in the workshop, and tasks under way at present include the fabric-covering of the wings. The engine cowling is almost complete, and work on the electrical system is well advanced. Final assembly and rigging is scheduled during late 2017, in readiness for final checks and approvals.

Members of the APSS are actively exploring nearby sites where they may be able to establish a living museum, although they would prefer to stay at East Fortune. Any move would be a major undertaking, and also mean that a number of experienced members would no longer be available to work, if required, at the museum.