B-52s missions in the Vietnam War are examined by Warren Thompson. 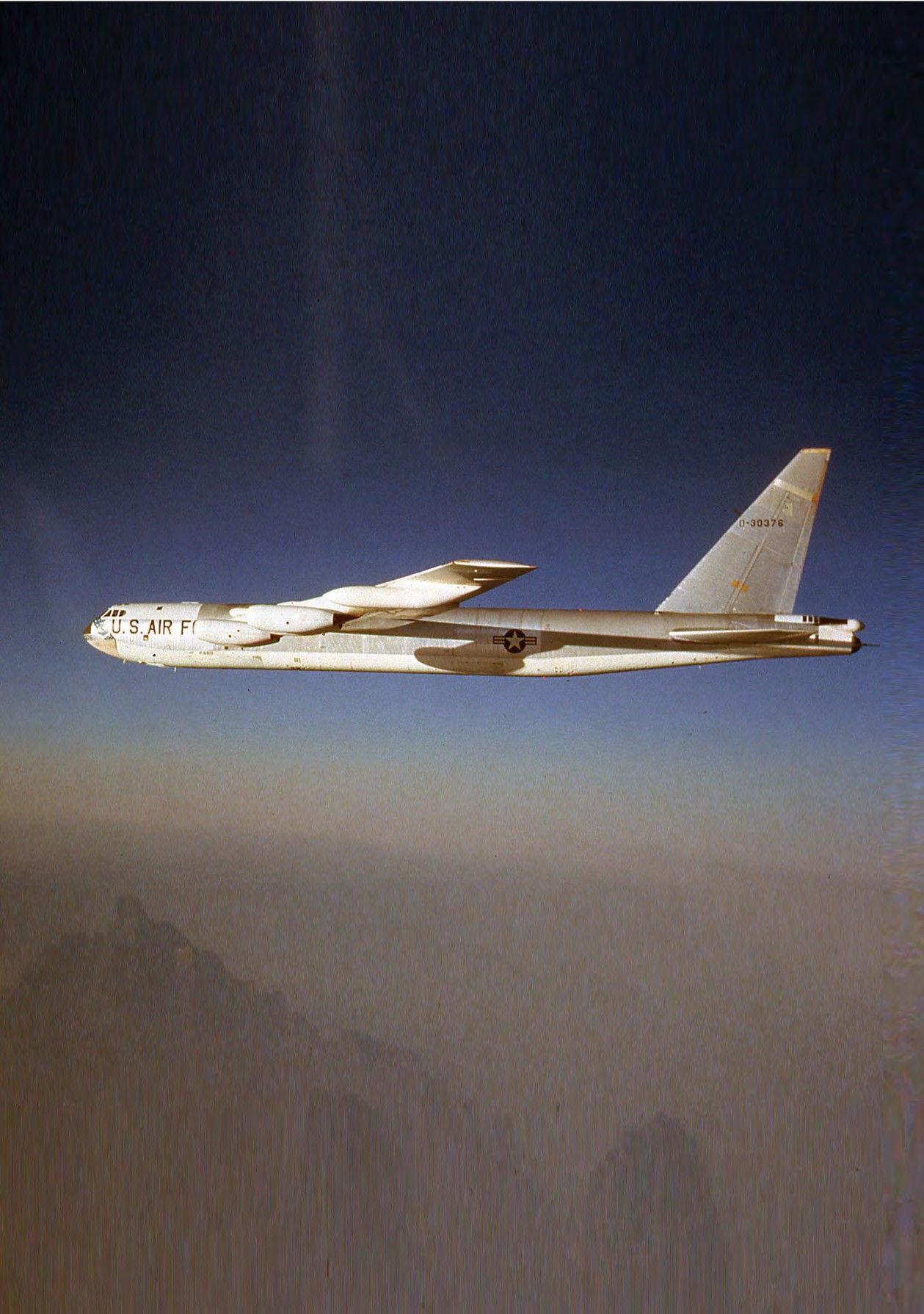 A B-52 returning to Guam after a mission over North Vietnam in 1965. This was one of the original 28 B-52Fs which began the deployment.
Bryan Aleksich

The B-52 joined the Vietnam War in 1965 and remained on combat operations until 1973. In February 1965, it was B-52Fs that first deployed to Andersen Air Force Base (AFB), Guam. The 28 aircraft came from Mather AFB, California, and Barksdale AFB, Louisiana.

The US Commander in Vietnam from 1964 to 1968, General William Westmoreland, initiated saturation bombing along large areas of Viet Cong logistics supply routes from the north, called the Ho Chi Minh Trail, which ran through neighbouring Laos and Cambodia.