The biennial Arctic Challenge series of exercises traces its roots to cross-border training (CBT) between the air forces of Finland, Norway and Sweden. These three Nordic nations have conducted joint air combat training missions on an almost weekly basis since 2009, usually flying from their respective home bases. They are often joined by aircraft from the Kongelige Danske Flyvevåben (Royal Danish Air Force) and the United States Air Forces in Europe (USAFE). The main drivers leading to the CBT-concept were the perceived benefits of combined exercises and the necessity to cut down costs. Two years later, it was decided that every other year one of the CBT-exercises would be greatly increased in scope and scale, with many other potential participants invited. The three partner nations would assume the responsibility for leading and hosting the exercise on a rolling basis. Norway had the honour to lead in 2013, with Sweden following in 2015. This year, the responsibility fell to Finland and Arctic Challenge ran from May 22 to June 2.

The exercise has grown steadily since its inception, possibly reflecting the perceived threat from the huge neighbour to the northeast. In 2013, five countries provided 90 aircraft and in 2015 it had grown to nine countries using 100 machines. The trend continued this year, with 11 countries sending 110 aircraft. 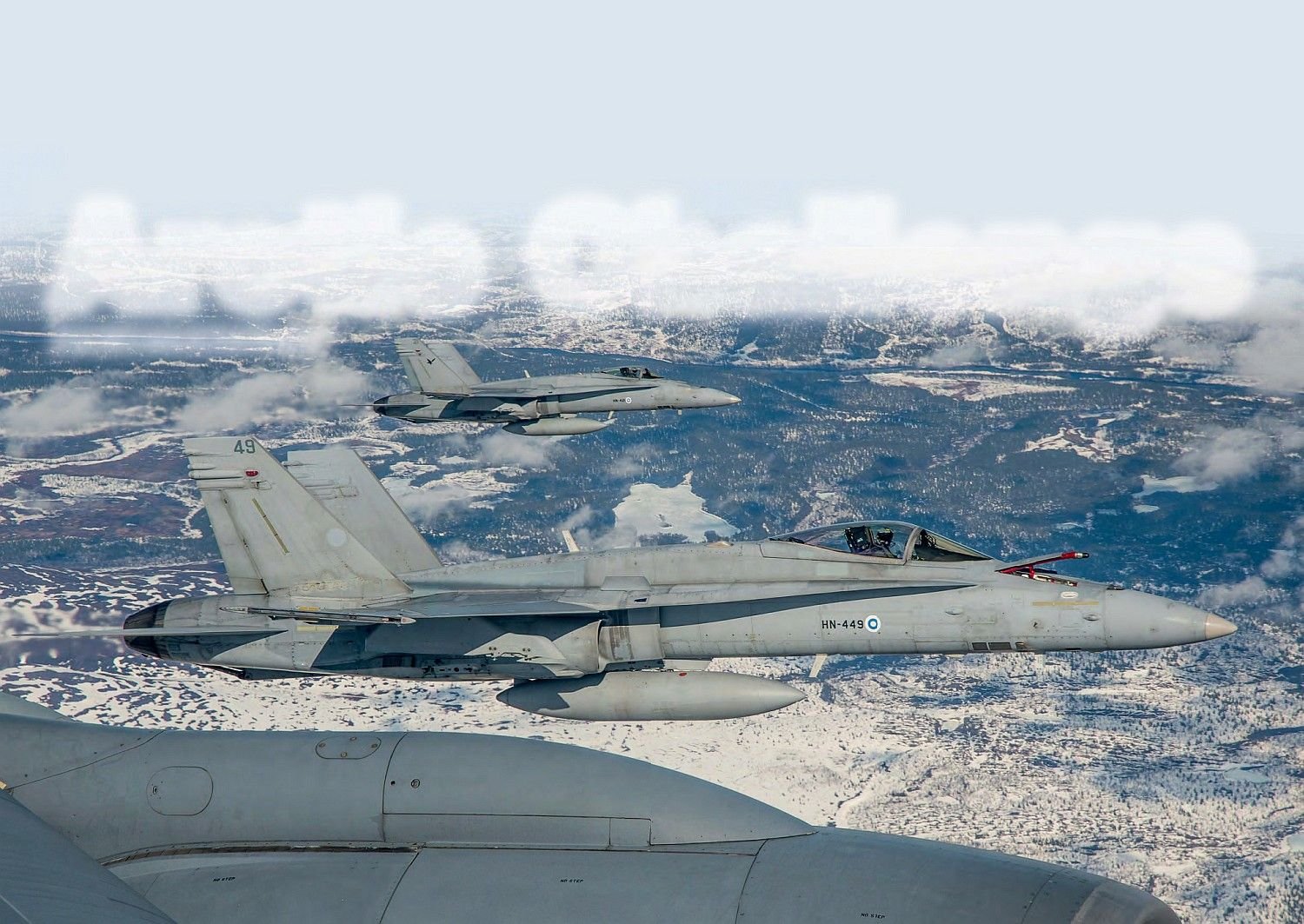 Tanker support during an exercise like Atlantic Challenge is crucial to ensure fighter aircraft can stay on station for the required amount of time.
Erik Bruijns and Mark de Greeuw

The goal of Arctic Challenge is to become one of the most important large-scale air exercises in northern Europe and the Arctic region. The first step was to create a realistic training environment. The scenarios have become more sophisticated over time and the planners are constantly striving to provide a more challenging and demanding high-threat environment for the participating air forces. Army and navy exercises are scheduled to run in conjunction with Arctic Challenge, increasing the variety of threats and targets and simulating as much as possible an authentic combat environment.

This year’s edition of Arctic Challenge started on Monday, May 22 and ended on Friday, June 2. As well as the more than 100 aircraft, the 11 participating nations sent over 1,000 personnel. The 12 days provided realistic intensive training not only for fighter pilots, some with the advantage of the latest technology such as active electronically scanned array (AESA) radar and the newest air-to-air missiles, but also to the tanker, transport, and liaison aircraft, both fixedwing and rotary. The American F-15C ‘Golden Eagles’ equipped with AESA radars gave the other participants the opportunity to test themselves against machines analogous to some of the front-line Russian jets they might encounter in real life. The greater number of aircraft taking part in the exercise led to many more sorties being flown than hitherto. 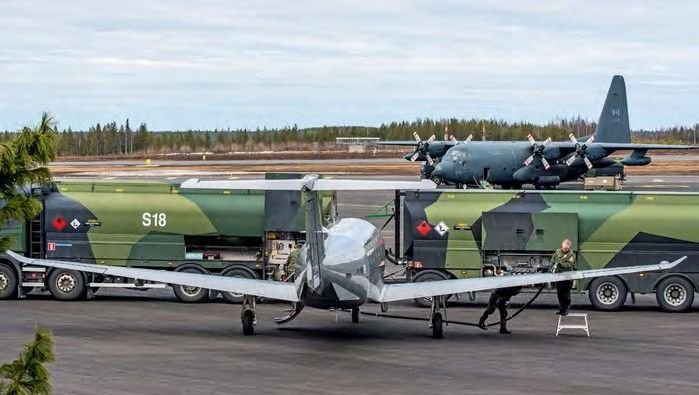 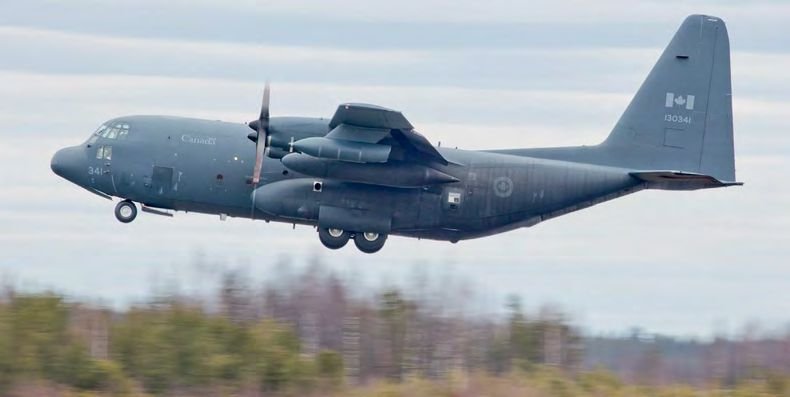 As is customary in Arctic Challenge, aircraft were detached to bases across Finland, Sweden and Norway (see Table).

The main flying base in Finland was Rovaniemi, home of the Ilmavoimat’s (Finnish Air Force’s) Lapland Command, as well as Hävittäjälentolaivue (HävLLv) 11 (Fighter Squadron 11), equipped with the F-18C/F- 18D Hornet. Rovaniemi’s Hornets conducted the lion’s share of the flying in the exercise, which was the first real test for its jets that have recently been upgraded to mid-life update (MLU) 2 standard. MLU 2 jets can use standoff air-to-ground weapons such as the AGM-158 Joint Air-to-Surface Standoff Missile, a low observable air-launched cruise missile, the Joint Direct Attack Munition and AGM-154 Joint Standoff Weapon.

The Hornet-equipped HävLLv 31, based in Kuopio-Rissala and responsible for the protection of the airspace of eastern and southeastern Finland, also participated in the exercise, but to a much lesser extent. The electronic warfare, liaison and transport aircraft from Tukilentolaivue (TukiLLv – Liaison Squadron), based at Tampere-Pirkkala, supported the whole exercise, flying from its home base and sending a detachment to Rovaniemi. Search and rescue coverage was provided at all three bases. At Rovaniemi, NH90 helicopters of the Maavoimat’s (Finnish Army’s) Utin Jääkärirykmentti (UtJR or Utti Jaeger Regiment) Helicopter Battalion (HekoP), based at Kouvola-Utti were on 15-minutes alert while flight operations were ongoing.

This year the Royal Canadian Air Force (RCAF) participated for the first time at an Arctic Challenge exercise by deploying a CC-130H Hercules tanker aircraft from 435 ‘Chinthe’ Squadron, based in CFB Winnipeg, Manitoba. The exercise was of great value for the RCAF, especially because of the opportunities it gave to cooperate with other northern NATO and non-NATO member states. Because of the increasing importance of the Arctic region, particularly in respect of raw materials and the exploitation of hydrocarbon reserves, strengthening bonds with nations in the far north is a priority. The Armée de l’Air (French Air Force) participated with no fewer than three different types of fighter from four squadrons: Mirage 2000Cs from BA115 Orange-Caritat; Mirage 2000-5Fs from BA116 Luxeuil-les Bains; and Rafale Bs from BA118 Mont-de-Marsan and BA113 Saint Dizier-Robinson. The Rafale is one of the candidates to replace the F-18C/F- 18D in Finnish service.

The Luftwaffe (German Air Force) provided an A310-304MRTT tanker/transport aircraft from FBS BMVg based at Köln-Bonn. According to the German Detachment Commander, Lt Col Jertz, the exercise showed once again the great importance of tanker aircraft for modern air-warfare. The German A310-304MRTT proved its versatility and contributed a lot to the exercise, but the end is coming for this versatile workhorse. The Luftwaffe has ordered A330MRTT tanker/transports for use with the Multinational Multi-Role Tanker Transport Fleet, to be based at Eindhoven Air Base in the Netherlands under the umbrella of the European Air Transport Command.

The USAFE sent 12 F-15Cs from the 493rd Fighter Squadron, based at RAF Lakenheath, UK, to Finland. The USAFE’s primary objective for Arctic Challenge was to work with partner nations to improve their joint ability to operate together. International exercises such as Arctic Challenge play a key role in educating participants in the way partners and allies plan, execute and debrief complex missions, improving efficiency and understanding. As well as KC-135R Stratotankers from the USAFE’s 100th Air Refueling Wing, B-52H Stratofortress strategic bombers temporarily based at RAF Fairford in Gloucestershire, UK, also took part.

1 The crew of this Ilmavoimat PC-12/47E PI-06 refuel the aircraft at Rovaniemi. Erik Bruijns and Mark de Greeuw 2 Royal Canadian Air Force CC-130H tanker 130341 takes off from Rovaniemi Air Base for another air refuelling mission. Erik Bruijns and Mark de Greeuw 3 Finland’s Ilmavoimat deployed one C295M and a single PC-12 to Rovaniemi for the duration of Artic Challenge. Assigned to the TukiLLv based at Tampere-Pirkkala, both aircraft flew daily missions. Philipp Vallianos 4 Ilmavoimat F-18C HN-424 carries a AAQ-28 Litening targeting pod, one of the systems integrated as part of the type’s midlife upgrade second phase designed to provide air-to-surface capability. Philipp Vallianos 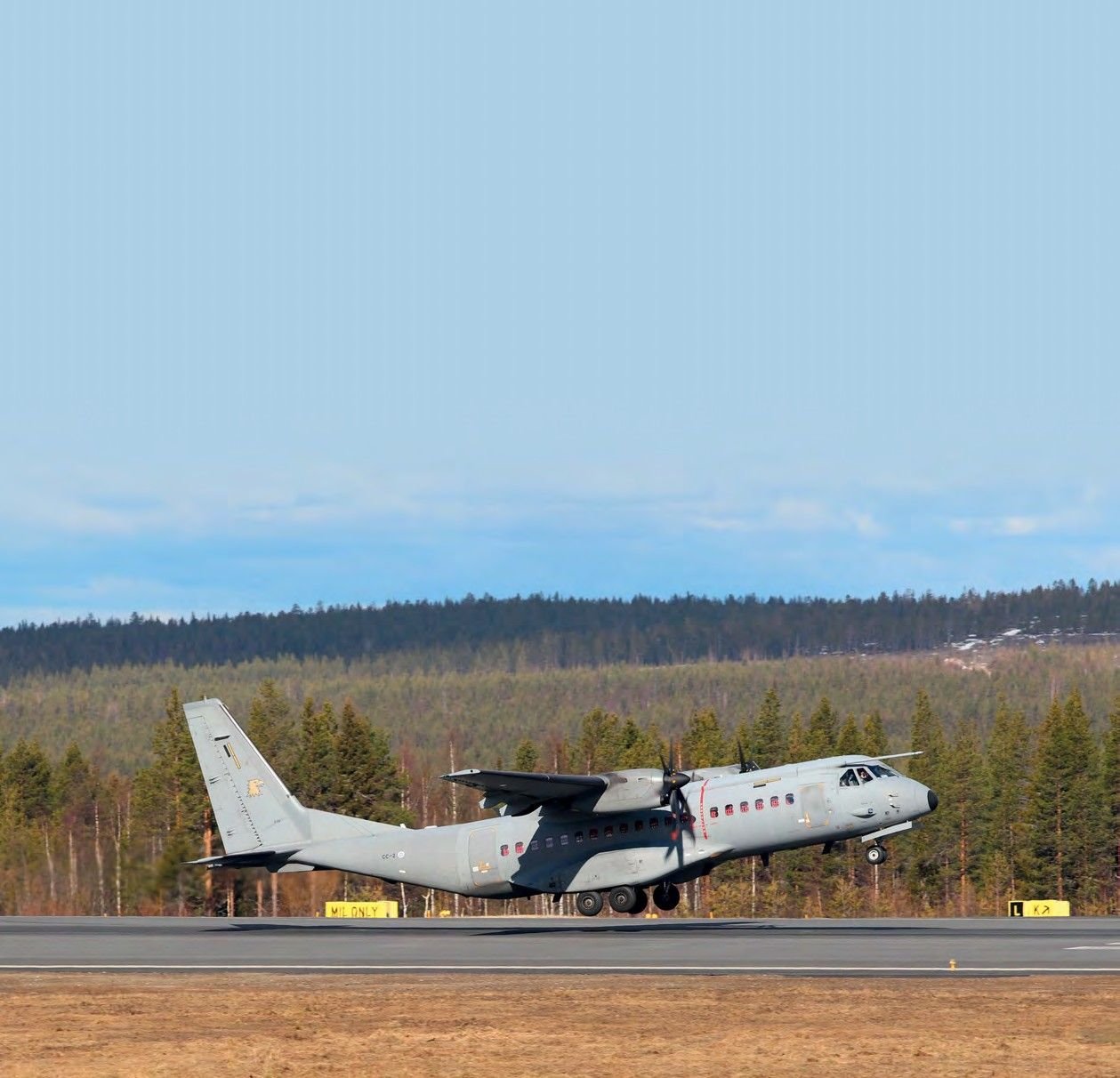 DISTRIBUTION OF THE PARTICIPANTS 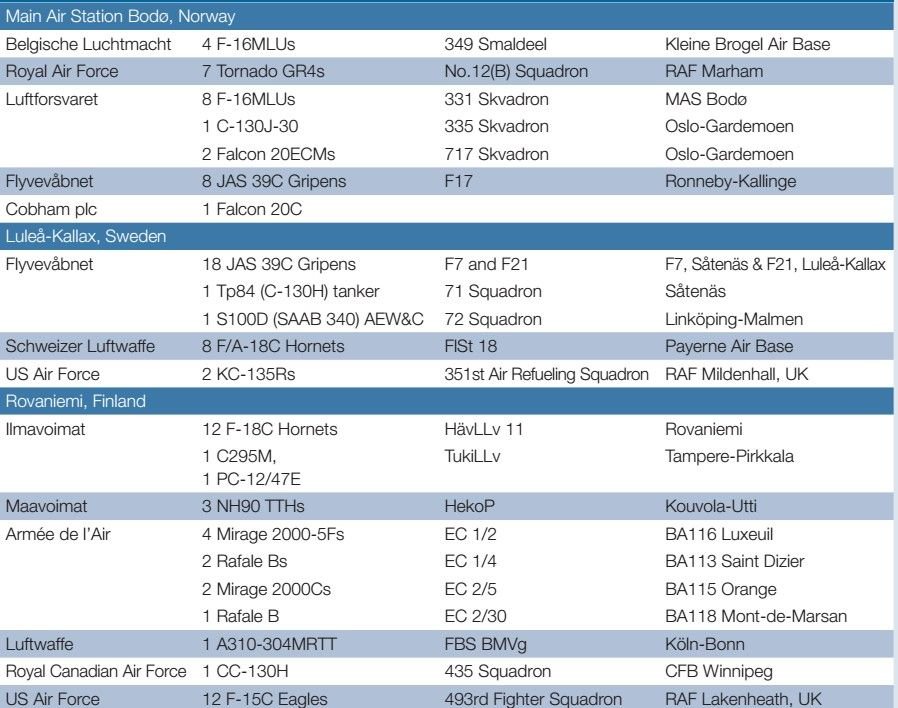 The exercise day ran from 09:00 to 18:00hrs Finnish time (08:00 to 17:00hrs Norwegian and Swedish) and aircraft were launched in two waves, morning and afternoon. The training area included the whole of northern Scandinavia, with the main bulk of the missions being flown over the vast unpopulated areas of Swedish Lapland. The remoteness of these areas means that live firing missions can be performed with few restrictions. The exercise scenarios were based on a mandate from the United Nations to project a multinational stabilisation force, should it be needed.

Around 90 aircraft flew missions each day. The morning launch was dedicated to aircraft from each base conducting dissimilar air combat training or air combat training with small groups of aircraft from the same base. For the afternoon wave, everyone came together for a large-scale composite air operation mission. For both waves, participating aircraft were assigned to scenario-specific groups, one participating in crisis management air operations (responding to attacks and so on) and the other simulating an opponent, the so-called Red Forces. The flight missions were divided equally between the participating air forces, so each air force had the opportunity to fly in both roles.

The exercise scenarios increased in complexity as Arctic Challenge progressed.

An extensive debrief was conducted by video link at the end of each flying day, so that all participants could contribute and learn from the day’s events, no matter which base they were viewing from.

The jets launching from Rovaniemi usually flew air-to-air missions and acted as Red Air while those from Bodø and Luleå flew mainly air-to-ground missions; no live ammunition was used over Swedish weapons ranges.

Because of the increasing importance of electronic warfare in modern air combat, electronic countermeasures/ electronic warfare aircraft of the Luftforsvaret (Royal Norwegian Air Force) and the UK-based contractor Cobham were used throughout the exercise, increasing the realism of the missions. All participants were supported by tanker aircraft, which flew from the exercise bases or from their respective home bases. Ground-based air defence systems of the respective armies acted exclusively as Red opposition forces.

According to Colonel Petteri Seppälä, Exercise Director, from the Ilmavoimat’s Air Operations Centre, Arctic Challenge 2017 was an excellent demonstration of the Finnish, Norwegian and Swedish air forces’ versatile and highly advanced ability to cooperate in joint operations. When asked about the reasons behind the increasing international interest in this exercise, Col Seppälä explained that one of the reasons is the high quality of the exercise demonstrated in 2013 and 2015. As the exercise improves in sophistication and grows in scope, it becomes more attractive to potential participants. From the Finnish perspective, the most important lessons learned relate to the execution of command and control during complex air operations, the improvement of aircrew skills and the enhancement of base support services’ abilities to host multinational units.

All foreign participants praised the realistic simulation of combat scenarios and the multitude of unexpected simulated threats that the Ilmavoimat General Staff incorporated into the exercise to keep the participants on their toes. Foreign participants were full of praise for the professionalism of the Ilmavoimat. They were also quick to point out the benefit they gained from the opportunity the exercise afforded them to operate without most of the restrictions that curtail their activities in other exercises carried out in other, more congested airspace. The sparsely populated regions of northern Scandinavia provide plenty of opportunities for realistic training surroundings somewhat different from those in which most participants are accustomed to operating.

Arctic Challenge is turning slowly but surely into one of the most important large-scale air defence exercises in northern Europe, providing a wide range of different mission sets. A testament to this is the growing number of countries wishing to take part. The future of Arctic Challenge looks bright. The next exercise will be held in 2019 with Sweden as the lead nation. 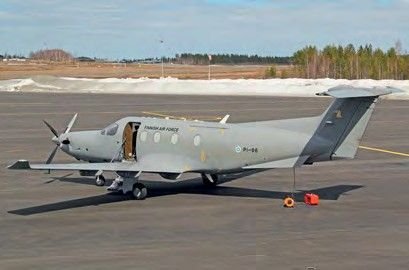 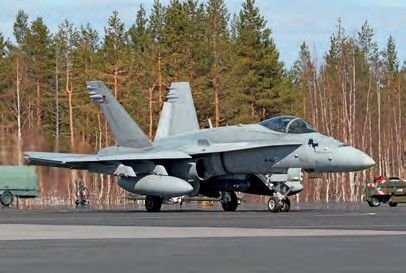