The 139th Airlift Squadron – part of the New York Air National Guard’s 109th Airlift Wing – is probably the only flying unit that operates at opposite ends of the world. The wing supports research activities in both polar regions, two of the most inhospitable areas on the planet. Rogier Westerhuis travelled to Greenland to learn more about this unit’s unique challenges and mission. 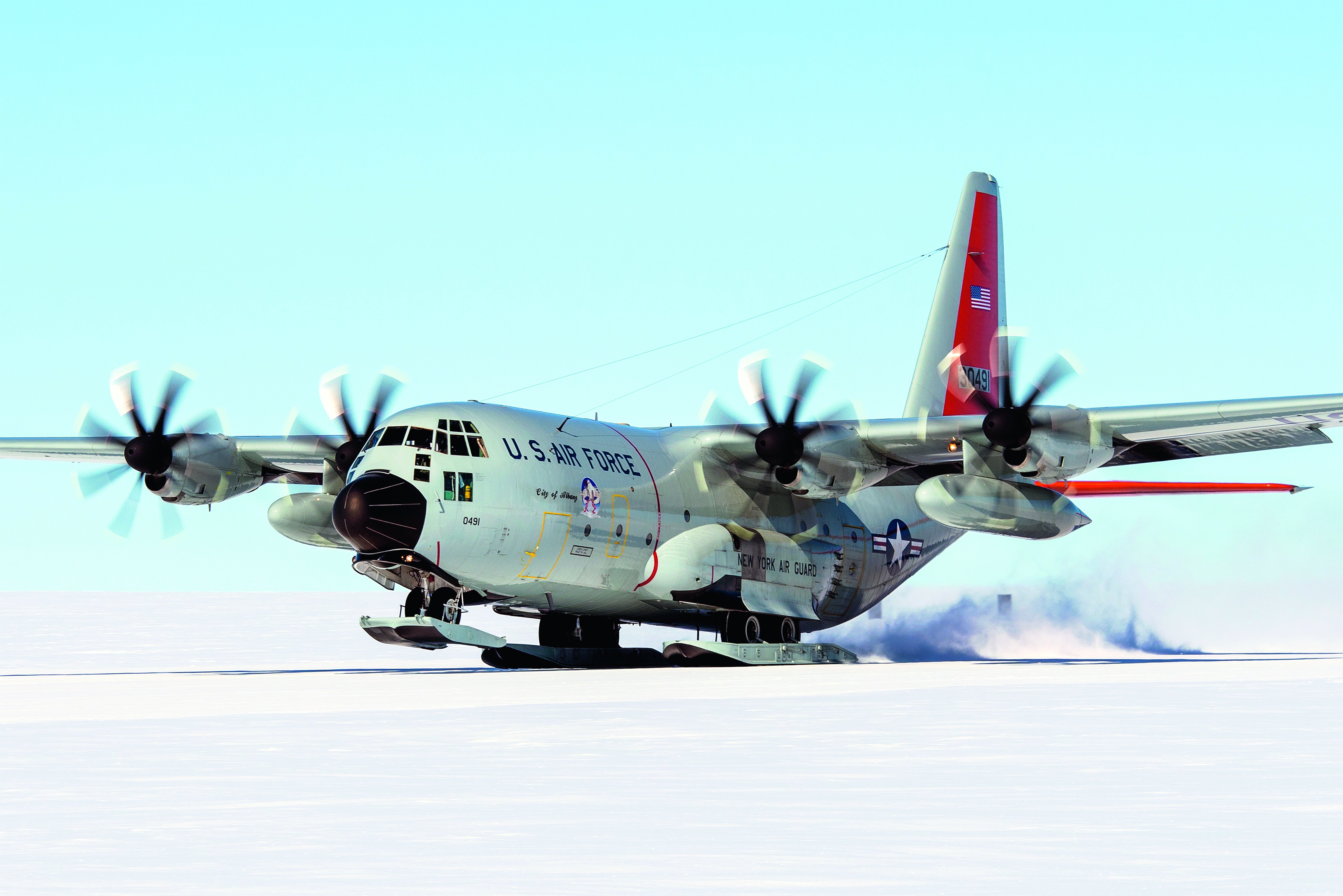 The take-off is the most challenging part when operating o_ snow. Conditions can vary greatly, which impacts the friction caused by the skis and, with that, the take-o_ performance of the aircraft – in this case, LC-130H 83-0491 ‘City of Albany’. All photos Rogier Westerhuis

Created in 1948 as a fighter squadron, the 109th continued in this role until 1960, when the C-97 Stratofreighter was introduced and the unit shifted to a global transport mission. The unit became the 109th Air Transport Group, receiving its first C-130A in April 1971. Renamed the 109th Airlift Wing (AW) in October 1995, it still flies the Hercules from Stratton Air National Guard Base, Schenectady, New York state.