Are you ready for a robot?

Recent trials with automatic take-off and landing systems have demonstrated their viability, but will passengers accept ‘Captain Autopilot’? Dave Unwin delves into the pros and cons of pilotless flight. 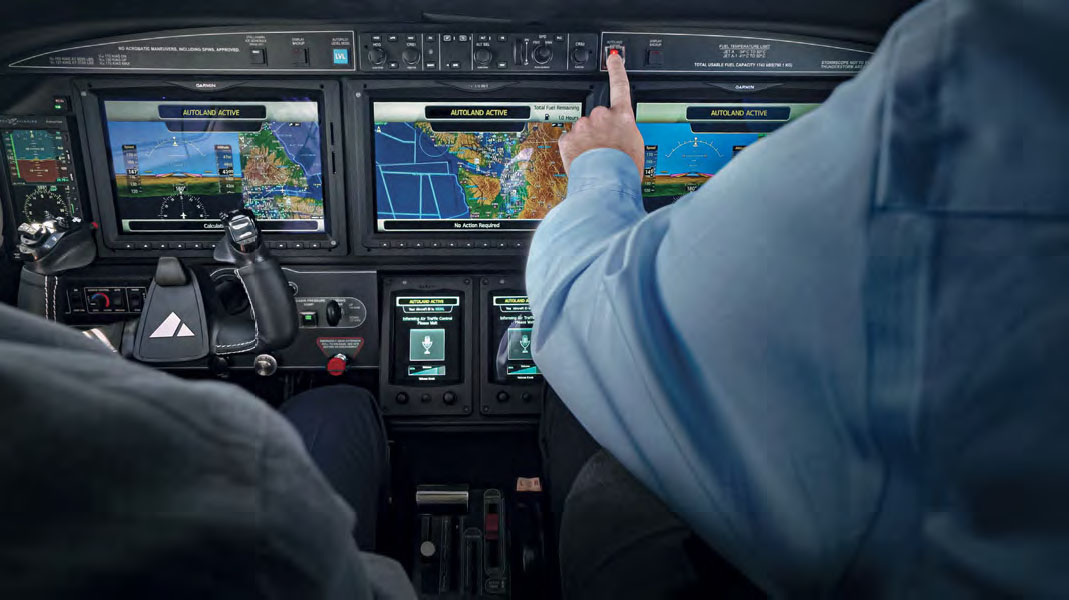 Technology takeover? Autoland active is clearly shown on all three screens in this cockpit shot.

Airbus recently completed a series of tests with an A350 where it successfully performed an automatic take-off. Using image recognition technology installed directly on the aircraft, the successful test – along with Garmin’s incredible ‘Autoland’ system coming to market – made me wonder how far are we from an autonomous airliner?

Technologically, we’re very close – if not already there, although culturally, possibly not so much. However, it is probable that a lot of the resistance to a pilotless aircraft is generational, and that young people will be more comfortable with the concept of a computer in charge.

Indeed, the technology is already quite mature, with autopilot technology having been around for a lot longer than you might think – by 1930 the Sperry Corporation had built and demonstrated a system that could hold a heading and altitude for several hours. As is often the case, the exigencies of war accelerated developments and by the late 1940s (assisted by significant advancements in the field of electronics, avionics and radio-navigation beacons) autopilot had become an integral part of any large aeroplane.

Developments continued, with landings completed automatically in very low visibility. By 1975 the Hawker-Siddeley Trident had been certified to CAT IIIB standards (a ‘decision height’ of 50ft and visibility on the runway of at least 164ft (50m), while today many aircraft are certified to CAT IIIC (no minimums). However, it is important to understand that both aircraft and airport must be certificated to CAT IIIC if a landing in these conditions is to be attempted.

This is one of the big differences between Airbus’ Autonomous Taxi, Take-Off & Landing (ATTOL) project and previous systems. Basically, rather than relying on the Instrument Landing System (ILS) installed at any given airport, ATTOL will allow take-offs using image recognition technology installed in the aircraft. Launched in June 2018, ATTOL is one of the technological flight demonstrators being tested by Airbus in order to understand the impact of autonomy on aircraft, and the next steps will be focused on automatic vision-based taxi and landing sequences, which are scheduled for later this year. 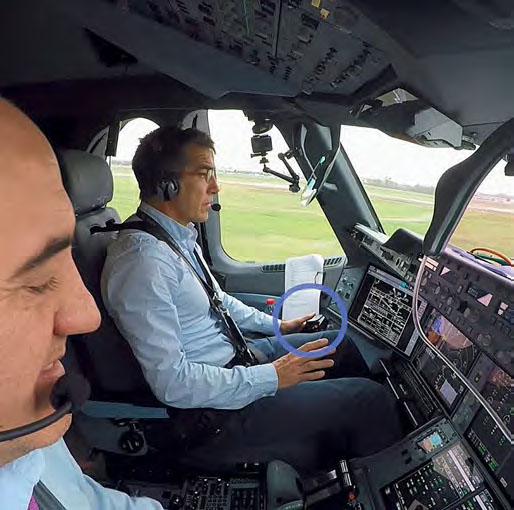 Airbus has recently completed a series of tests where an A350 successfully took off automatically using image recognition technology.

Free flight for all

NASA was thinking about autonomy and automation in 2000, when it began funding its 'Small Aircraft Transportation System' (SATS) programme. One of the cornerstones was the concept of ‘free flight’ – allowing pilots to operate independently, planning and flying routes of their own choosing directly to their destinations with little or no assistance from air traffic controllers (ATC), even in poor weather.

For instrument approaches the basic operational minimums were a 200ft ceiling and 2,625ft (800m) visibility for a 3,281ft-long (1,000m), 66ft-wide (20m) runway with a 3° glideslope. ‘Smart’ unmanned airports would provide pilots with weather reports, operational data and traffic sequencing information via data link by means of a ground-based Airport Management Module. This would make sequencing assignments based on calculations of aircraft performance and position, winds in the terminal area, missed approach requirements and predetermined operating rules.

The Flight Management System (FMS) and autopilot would gather, collate and analyse information from a wide variety of sources, including a combination of air data and GPS for navigation, with an ADS-B type data link for real-time weather and traffic. The ultimate goal of SATS was for total automation, but at the time, even the most enthusiastic proponents admitted that this might never happen – yet now, Garmin’s Autoland system is on the market. It engages automatically if it senses the pilot has become incapacitated and can no longer fly the aircraft, or a non-pilot passenger can select it by simply pressing a button. Once engaged, it uses its database to study the various airports within range, considers various factors such as weather, range and runway length, and chooses the best option.

It navigates while actively avoiding inclement weather, hazardous terrain, obstacles and routinely announcing position, route and intentions to ATC and the aircraft’s passengers. And then, when it arrives at the destination airport, it lands on the most suitable runway. All pilots know that the most challenging parts of any flight are usually the take-off and landing, and it seems that not only does the technology already exist for automatic take-offs and landings, but soon it will no longer rely on ground-based systems. I really think it’s just a matter of time for a truly autonomous airliner which will have many advantages over a human pilot.

Early autopilots were quite crude, but the technology advanced rapidly.

It won’t be fatigued after a long duty day crossing multiple time zones, or stressed about an impending divorce. Nor will it make stupid mistakes. Take the recent Boeing 737 over-run at Istanbul /Sabiha Gökçen. A robot would have considered the strong tailwind and wet runway, calculated the landing run using the aircraft’s weight and ground speed at touchdown, concluded it was greater than the landing distance available (LDA), decided that a safe outcome was impossible on the chosen runway and gone around – not pressed on while ‘hoping for the best’.

In the early days of flight, approximately 80% of accidents were caused by machine malfunctions and the remaining 20% by human error. Today those numbers are reversed, with most accidents due to human error. That statistic suggests that if humans were removed from the process wherever possible, the accident rate would reduce exponentially.

A truly self-sufficient aircraft will be specifically designed from the outset and equipped with a much wider array of sensors than a manned aircraft. In addition, true Artificial Intelligence (AI) – the next generation of AI – will literally ‘learn’ things as it goes along. A lot of what pilots used to call airmanship and ‘local knowledge’, a robot aircraft will ‘learn’, and compensate for, just as a human pilot does. If you think about it, in some ways an autonomous aircraft should be easier to build than a self-driving car.

An instrument flight rules (IFR) flight is a very structured affair, with considerably less variables than a car on a busy road. The first autonomous aircraft will be freighters, will have a single pilot monitoring and will probably be trialled in less dense airspace and banned from over-flying large conurbations. Then, when none have crashed during the trial period but several manned airliners have, they’ll start flying passengers. The first jet airliners had a flight crew of five, but as they got bigger the cockpit crew contracted. Take the previous sentence to its logical conclusion and the manned flight deck must inevitably become redundant.

Of course, it’s the travelling public who will ultimately decide and, while I doubt that most of us would get on a pilotless plane tomorrow (I certainly wouldn’t), our children – who have grown up with automation and reliable computers – might. An interesting philosophical question could arise if the machine has to sacrifice itself. When Sully chose the Hudson (Captain Chesley ‘Sully’ Sullenberger piloted a forced water landing of a US Airways Airbus A320 after both its engines failed) he knew that aircraft would never fly again, but hoped the passengers would live. All 155 passengers and crew survived. Would a robot aircraft have tried to ‘save’ itself by trying to reach a runway? 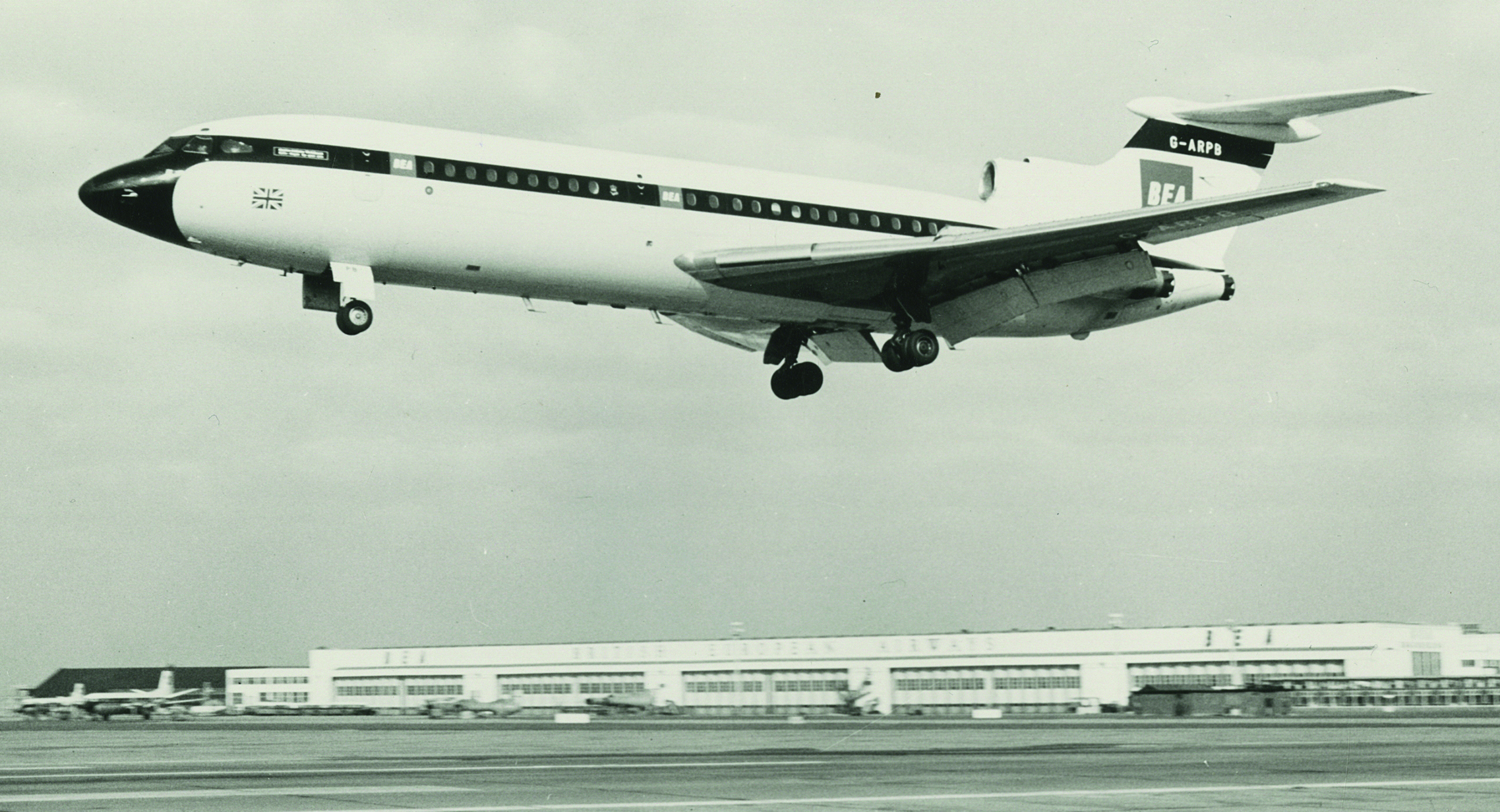 By 1975 the Hawker-Siddeley Trident had been certified to auto-land within CAT IIIB conditions.