Each year, units of the Argentine Air Force head to the Patagonian Andes to practise flying in an environment that closely simulates operations in the Antarctic. Horacio J Clariá joined them. 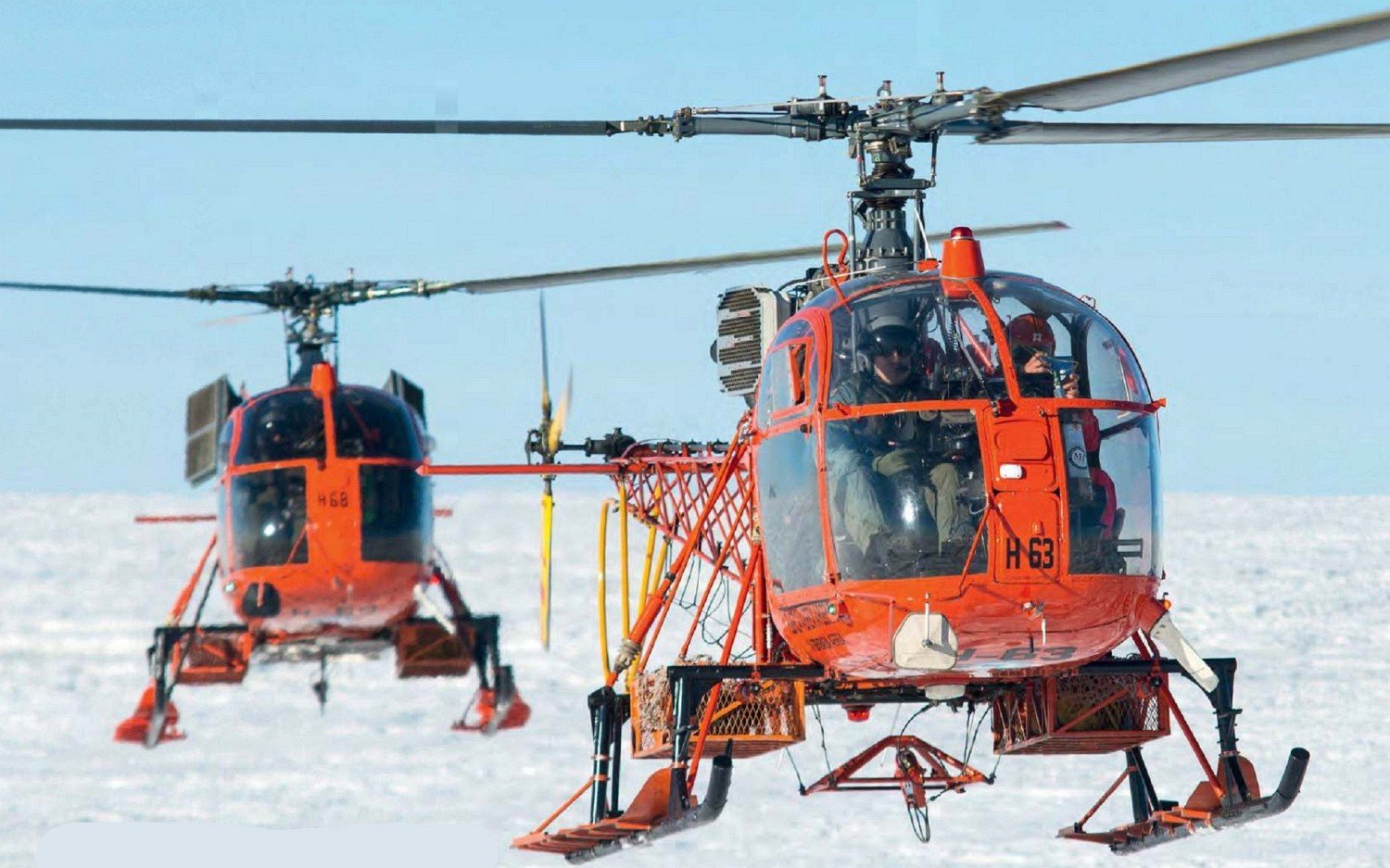 1: The SA315B Lama performed simulated medevac and slung-load airlifts around the glacier. The helicopter made use of the belly cargo hook, fitted on the leading Lama. 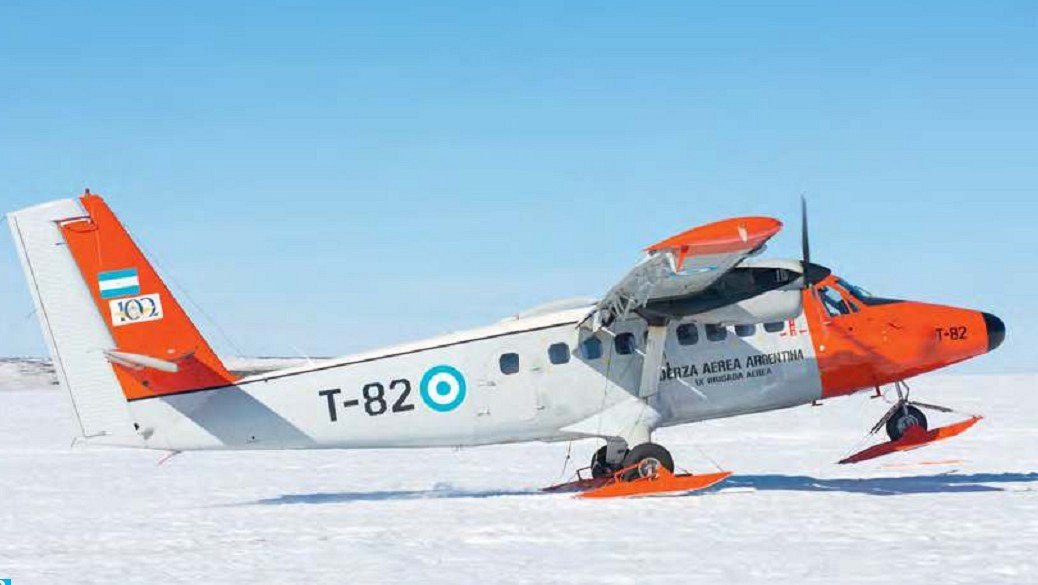 2: The Twin Otter crews received intensive training in landing on snow/ice fields. Depending on wind conditions, the slope of the terrain, temperature and aircraft weight, the DHC-6 can take off in 300m and land in 100m. 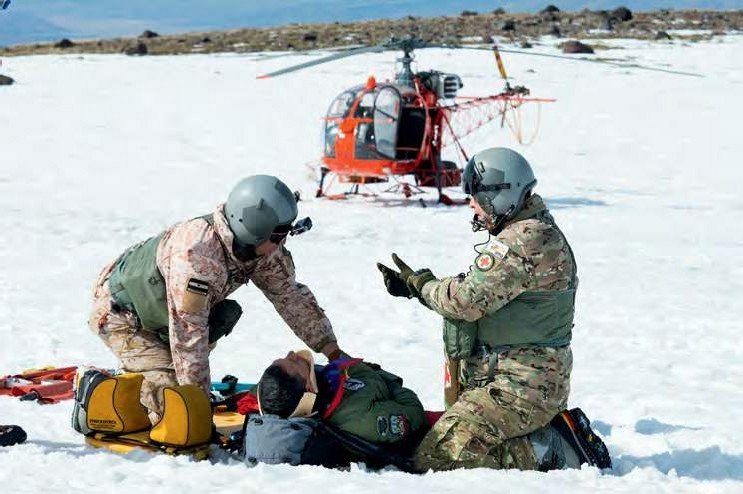 3: FAA physicians in action. After completing a primary survey, they immobilise the casualty’s neck and back and then use a folding combat stretcher to place them in the left side of the SA315B’s bubble cockpit.