The art of avoiding detection

Self-defence in aerial combat has been transformed by stealth aircraft–but is it the panacea that it was once considered? Air Power Association President, Air Marshal (ret’d) Greg Bagwell CB CBE gets into the detail. 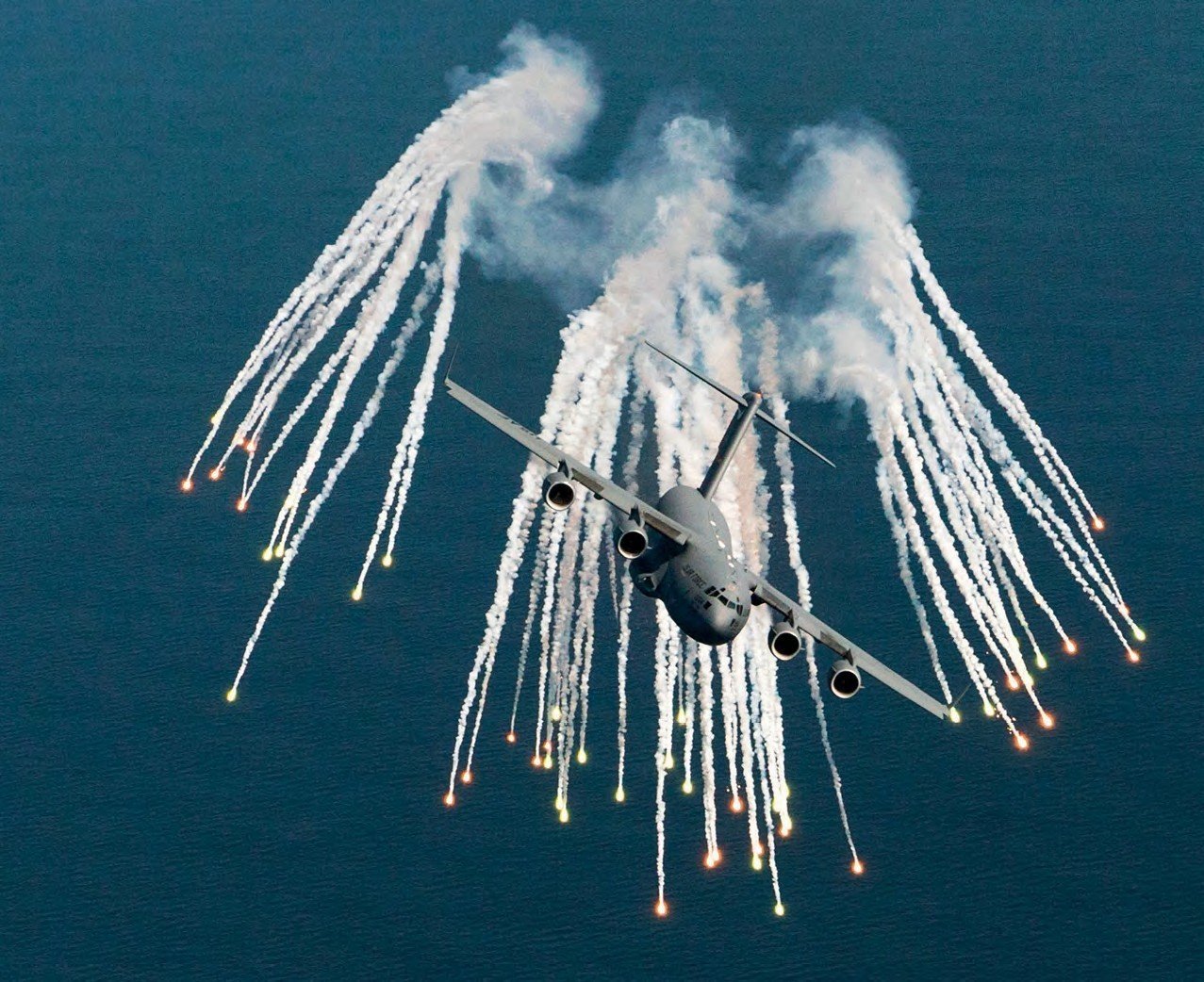 A C-17A assigned to the 315th Airlift Wing out of Joint Base Charleston, South Carolina, deploys a volley of fl ares as part of an operational readiness exercise last November. Infrared countermeasures are becoming increasingly sophisticated to keep pace with advances in air defence systems and sensors. USAF/Staff Sgt Nicholas A Priest

The idea of stealth aircraft is now firmly set in the public imagination. Yet, we are still some way off from the Harry Potter-like ‘cloak of invisibility’. Firstly, stealth capability today is about reducing radar signature in relatively narrow bands of the spectrum; rather than making aircraft totally undetectable. But, invariably they are able to reduce detection ranges to such a degree that a stealthy aircraft can either fly through the now larger gaps created in radar coverage, or get close enough to target the very thing trying to detect them.