Artificial intelligence and the future of US airpower 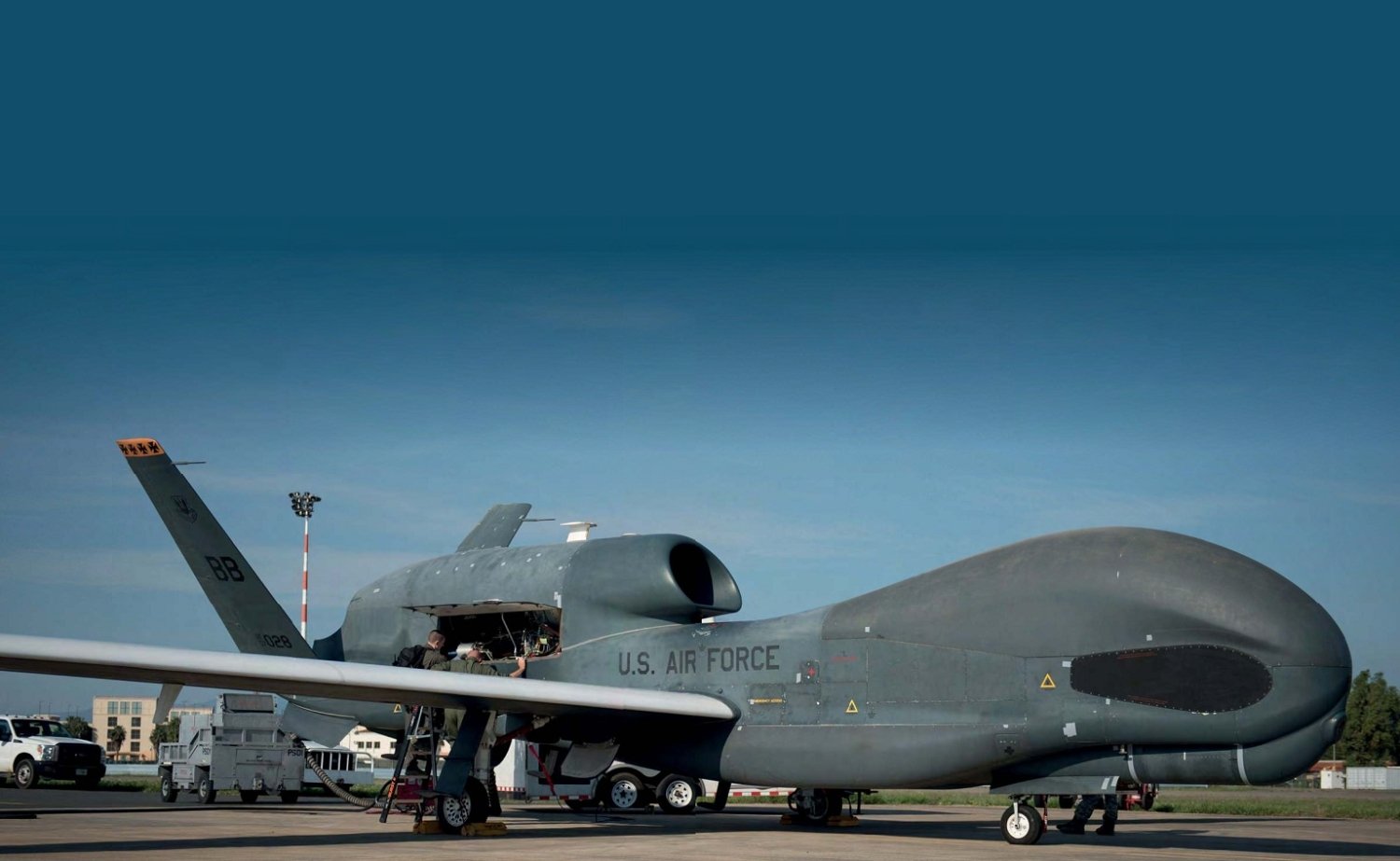 “REAL STUPIDITY beats artificial intelligence every time,” wrote the late Sir Terry Pratchett. Despite this, the US Department of Defense and the armed services – coordinated with entities such as the Algorithmic Warfare Cross- Functional Team and the Joint Artificial Intelligence Center, which opened in 2018 – are today making extensive investments in artificial intelligence (AI).

Speaking at the C4ISR annual conference in Washington DC on May 10, 2018, Dr Richard Linderman, Deputy Director for Information Systems and Cyber Technologies in the Office of the Assistant Secretary of Defense, Research and Engineering, said: “Lots of breakthroughs are coming through in AI. The Department of Defense can benefit broadly …get its job done with greater efficiency and speed, and for less money.”

Yet the investment of the Department of Defense – indeed, of the entire US government – is only a fraction of that being made by the commercial sector; but because these users are looking at different problems, their technology may not be directly applicable to use with manned and unmanned aircraft. The emergence of AI capabilities will likely shape the future of US airpower.

The Air Force Research Laboratory’s Autonomy Capability Team 3 was formed in 2018 as a rapid response AI capability. The Air Force is making AI one of its development priorities, alongside hypersonic and directed energy technologies, and will be critical in making operations work in the near instantaneous timelines that these technologies will make possible. Speaking at the Air Force Association Air, Space and Cyber Conference in National Harbor, Maryland, on September 17, 2018, General Tod Wolters, Commander, US Air Forces in Europe, described AI as fantastic. He said: “If your forces can’t operate at the speed required to take advantage of AI, you are challenged.”

AI’s roots in military aviation go back much further, to the development of the automatic pilot in the 1920s. In the 1930s, the US Norden bombsight was one of a number of systems that weaponised the autopilot, using the system to fly the aircraft on a bomb run until it reached the release point for the target where the bombardier had put in the crosshairs, when it would automatically release bombs at preset intervals. When the heat-seeking air-to-air missile first entered service in the 1950s, it had to be capable of autonomous flight – using lag pursuit and lead pursuit models with inputs from the seeker head – long before there were any computer chips to fit inside the missile guidance system. Once launched, a heat-seeking air-to-air missile could not be recalled; it would fly autonomously until it hit a target or was destroyed at end-of-run. Military aviation used AI since long before the term itself was in use. 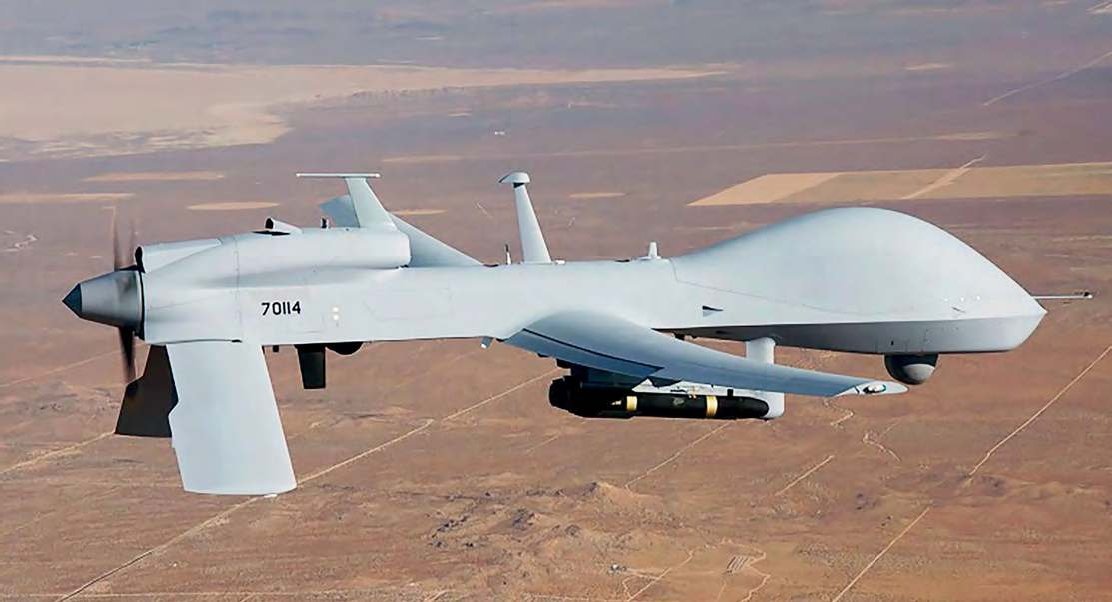 Current large unmanned platforms like this Gray Eagle provide ISR and strike capabilities but need a runway to take off. These systems also have lower airspeeds and depend on data links and GPS signals. Future systems will need to be more independent to operate in a complex battlespace and are likely to use AI.
AMRDEC

Today’s AI in military aviation has the potential to use powerful high-speed computing capabilities to enable video feed (and other sensor data) analysis, swarming control, mission planning, enhanced automation, machine learning and algorithmic warfare capabilities. AI enables computers capable of machine learning – a critical element of AI capability – to direct the use of the limited human analysis capability. Machine learning makes it possible for AI to ingest vast amounts of data and start it on the path to becoming decision-grade information and analytics.

Starting with ISR When the Air Force Next-Generation ISR Flight Plan was released on August 1, 2018, the service recognised the importance of AI for intelligence, surveillance and reconnaissance (ISR). 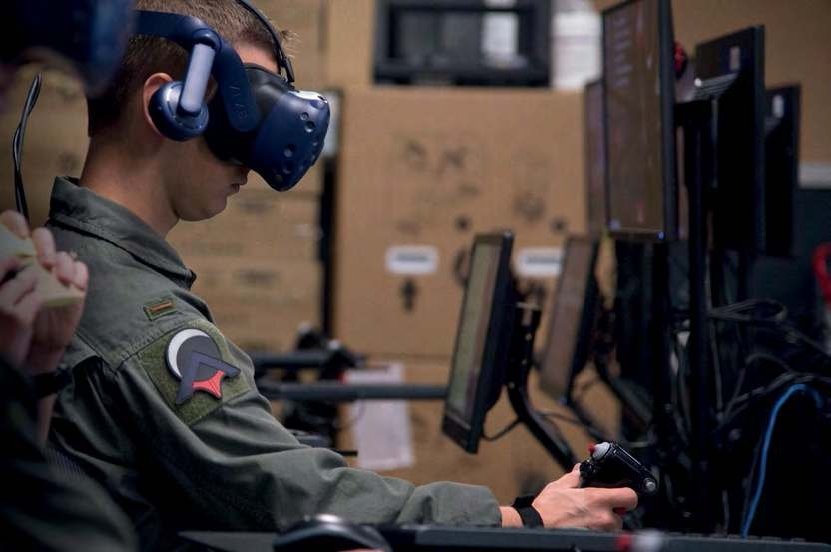 Deputy Chief of Staffor Intelligence, Surveillance and Reconnaissance, Headquarters US Air Force, Lieutenant General Veralinn Jamieson recommended continued investment in AI that both manned and unmanned platforms and sensors could use to process and share data autonomously.

At an Air Force Association Mitchell Institute briefing in Arlington, Virginia, on August 2, Jamieson said: “Machine learning will remove airmen from having to identify objects, but will instead allow airmen to critically think, using a variety of different skill sets and assisted by the same computing capabilities.”

Data processing is perhaps the highest-priority near-term application for AI. Today, airborne ISR sensors collect vast amounts of data, most of which is never analysed.

Dr Tapper said: “Some 85% of the total take ends up on the floor, unexamined. Let’s have an algorithm that looks at FMV [full motion video] and provides cues and prompts to human analysts.”

In December 2018, an Insitu ScanEagle low-altitude long endurance UAV operated by US Special Operations Command in the Central Command area or responsibility was collecting FMV that was analysed by Project Maven algorithms.

If successful, the Project Maven approach could potentially be applied to larger UAVs such as the 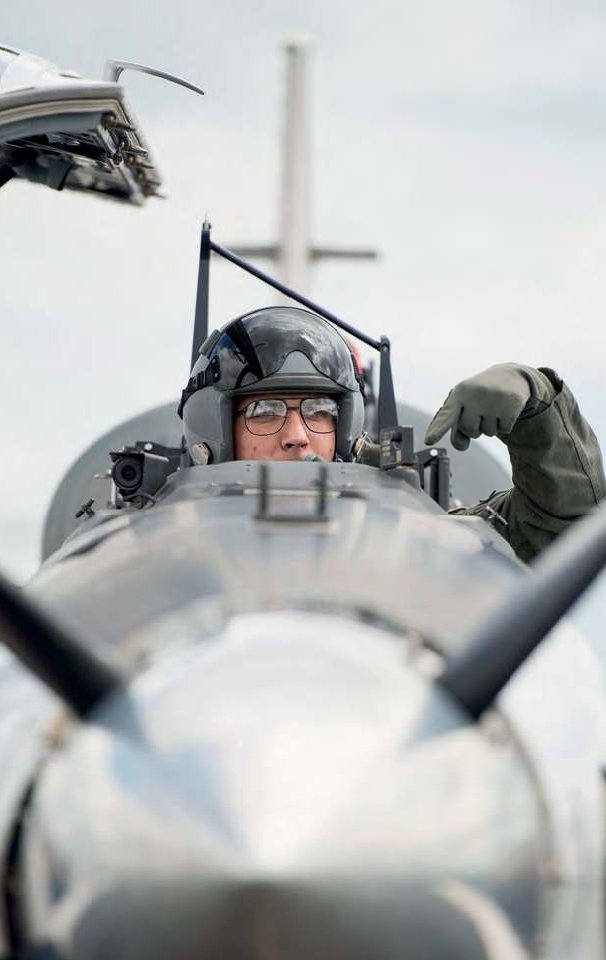 General Atomics MQ-9 Reaper and the Northrop Grumman RQ-4 Global Hawk. The Air Force has already requested $11 million be reallocated to add Project Maven-generated algorithms to the Distributed Common Ground System for use with FMV from the MQ-9 Reaper UAV and the Gorgon Stare wide area motion imagery sensor, also mounted on an MQ-9 Reaper.

In the summer of 2018, the US Army competed between AI-driven electronic warfare capabilities that are now being integrated with prototype systems to monitor a broad spectrum of threat electronic emissions, and use machine-learning with user defined objectives to identify which ones need to be monitored and recorded, which can be ignored and which should be jammed. The Army is standing up a cross-functional task force that, in conjunction with US Army Pacific, will use the prototype systems in exercises by 2021.

The use of AI opens the door to a range of UAV innovations, including improvements in swarming, attributable and long-endurance air vehicles. The 2018 revision of the Department of Defense Unmanned System Integrated Roadmap stressed the importance of AI and machine learning, which will enable the development of systems capable of learning to use expanded and improved functionality.

The Department of Defense Strategic Capabilities Office’s Project Avatar is looking at AI technologies that would enable a multi-service use of semi-autonomous UAVs teamed with manned fighters. Swarming tactics by UAVs also have the potential to be brought into service in the near term. The US Defense Advanced Projects Research Administration (DARPA) has been working on this for some years with its air-launched Gremlin UAV system. Other DARPA AI applications for UAVs include Fast Lightweight Autonomy, a quadcopter UAV that uses AI to manoeuvre autonomously without a human in the control loop. Another DARPA initiative is Project Code or Collaborative Operations in Denied Environment, which allows groups of multiple UAVs to work together in denied environments, including carrying out complex swarming tactics.

Lieutenant General Steven Kwast, Commander, Air Education and Training Command, sees AI as having the potential to revolutionise US Air Force training and likens AI to a coach in flight training. General Kwast’s command has incorporated AI in T-6A Texan trainer aircraft and their associated simulators as part of its Pilot Training Next programme.

Discussing AI’s use, General Kwast said: “Using AI capability in a simulator coaches you during the flight, watches, sees how you are learning, and helps you adjust your learning.”

General Kwast described the AI capabilities available to AETC as: “…tools that can accentuate the job we want to do. We can now afford to give a simulator to every student. When you give the power of control to individuals, it’s a game-changer. In the future of airpower, the fastest learners will be the big winners.”

For integrating AI into multi-domain war fighting, US Army Major General David Bassett thinks widespread experimentation is what needs to come next. Speaking at the C4ISR annual conference in Washington DC on May 10, 2018, he said: “One of the things changing in the culture is the desire for experimentation, although the services have yet to determine how to get from experimentation to a fielded capability. 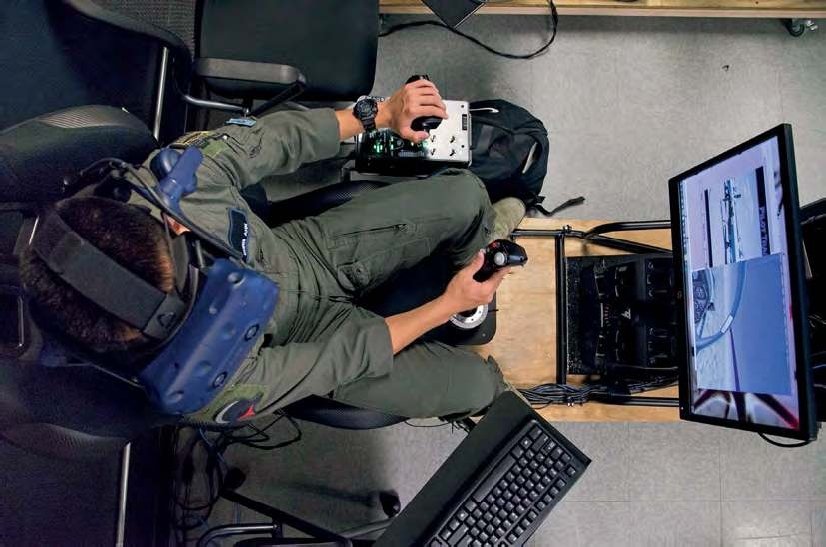 Bassett thinks “putting developer and operator together to mature the model” offers great potential, especially if it is used in simulated operational conditions in exercises. He said: “The experimentation culture is a wonderful truth detector in terms of maturity …You are not going to innovate something you don’t understand deeply.”

However, General Bassett also aired cautioned in terms of AI and the need to bring new capabilities into the US military: “They are all on a path to a journey we can’t complete.” 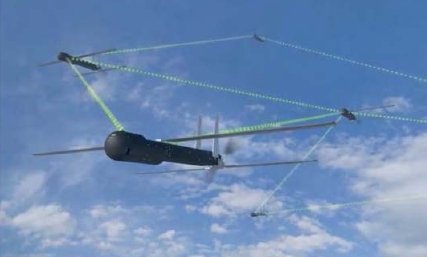