ATLANTIC RESOLVE: DOWN AT THE DOCKS

Part of the European Reassurance Initiative, ‘Atlantic Resolve’ has seen a series of large US Army deployments to Europe, with the latest example getting under way in October.

THE US ARMY’S 3rd Combat Aviation Brigade from Hunter Army Airfield in Georgia set foot in Europe at the port of Zeebrugge, Belgium, on October 16, as its helicopters started unloading from the ARC Endurance. It was the start of a nine-month rotation in support of ‘Atlantic Resolve’. The 3rd CAB’s 3rd Infantry Division is replacing the 1st CAB ‘Demon’, which is heading home to Fort Riley, Kansas. 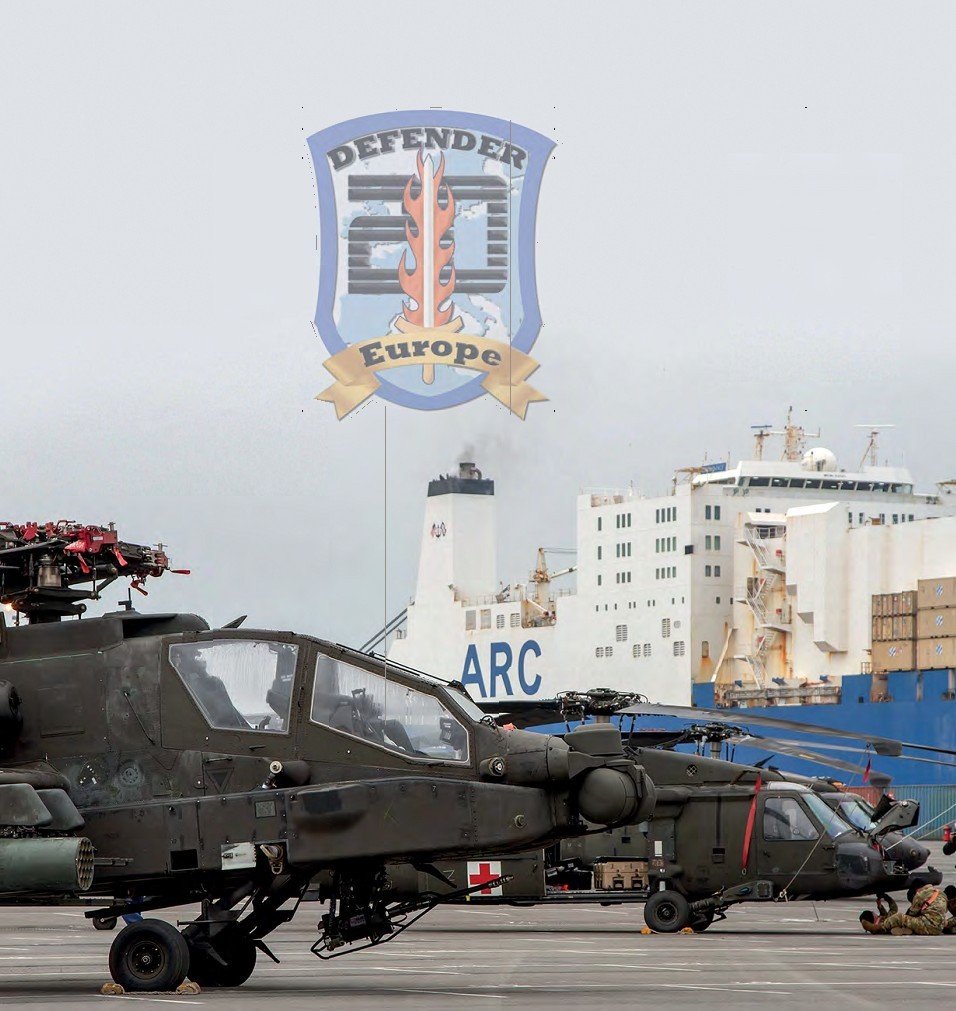 3rd Combat Aviation Brigade Apache and Black Hawks in Zeebrugge during October having been offloaded from the ARC Endurance.

Part of the European Reassurance Initiative (ERI) that came into effect in 2014, Operation ‘Atlantic Resolve’ (OAR) is part of a renewed US commitment to peace, security and stability in Europe through deployments that are generally focused on central and eastern Europe.