Atlas on the rise

The Luftwaffe is making progress with the introduction of the Airbus A400M transport aircraft. Since last year the airlifter’s tactical capabilities have been significantly enhanced and the number of flight hours increased. Dr Stefan Petersen investigates.

Hi-tech cockpit: the crew of an A400M in flight. The Atlas cockpit is very similar to that of the Airbus A380 airliner but adds a headup display (HUD). The flying is no longer a matter of muscle power and the pilots use sidestick controllers. 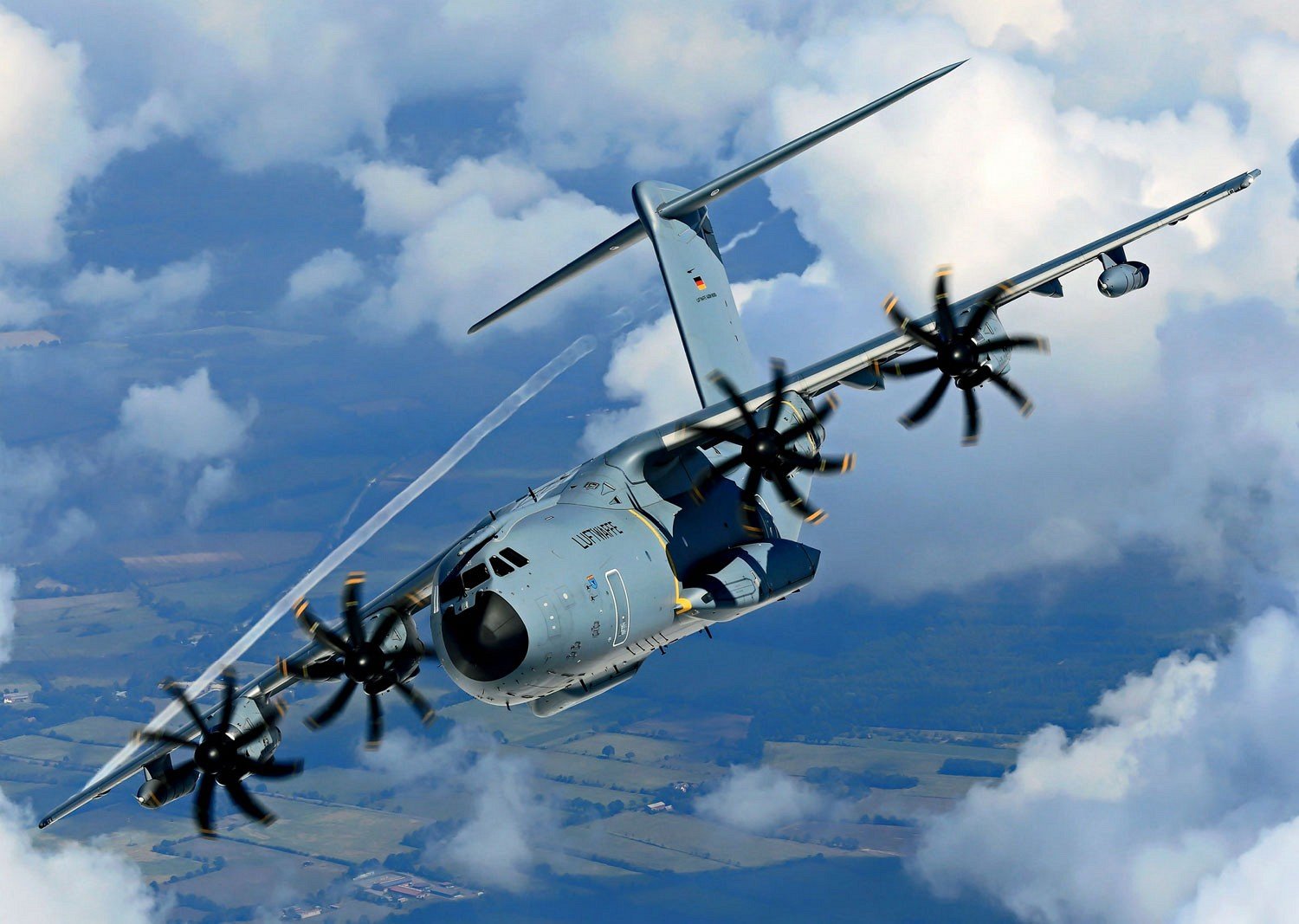 The A400M Atlas is a surprisingly agile transport for its size. Here, 54+11 is in tanker configuration above the clouds over northern Germany. From the outset, the A400M was designed as a strategic transport and a tanker, in contrast to the Transall it’s replacing.
All photos Dr Stefan Petersen

There’s one phrase the commanding officer of Lufttransportgeschwader 62 (LTG 62, Air Transport Wing 62) no longer wants to hear in relation to the A400M: ‘problem plane’ – in German, Problemflieger – just one of the derogatory terms previously coined by a critical national media. Oberst (Colonel) Ludger Bette explained to AFM: “Twenty-seven of the 40 aircraft intended for the wing have been delivered and we routinely fly out to all the operational areas in which the German armed forces are involved. That means weekly flights to Jordan and, during contingent rotations, weekly flights to Mali and Afghanistan as well.”