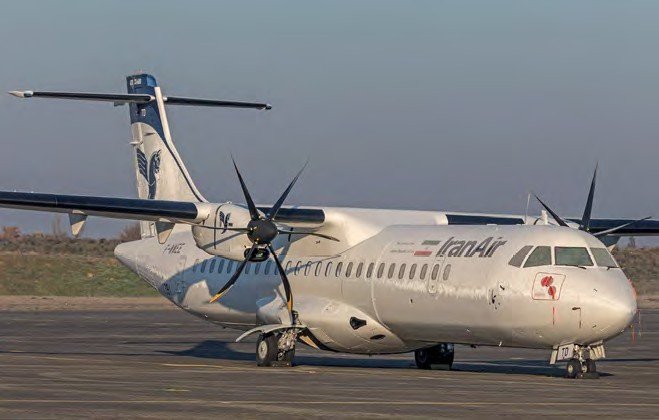 ATR 72-600 EP-ITD (msn 1391), pictured at Toulouse earlier this year, is one of the first group of ATRs recently delivered to Iran Air.
Jonathan Zaninger/AirTeamImages

Iran’s state-owned Iran Air has ordered 20 ATR 72-600 twin-turboprop airliners plus 20 options. The sale, valued at $536 million (with the total package valued at €1 billion), had been in negotiations for over a year. As with other large-scale orders placed by Iran with Airbus and Boeing within the past year, the ATR 72-600 buy is intended to upgrade Iran’s air transport capability, eroded by years of international sanctions. Iran has been operating earlier ATR 72 versions since the 1990s.

Four ATR 72-600s, already built, were painted in Iran Air livery in 2016. The first of these arrived in Tehran on April 28 after a two-day delivery flight from Toulouse, followed by the other three before the end of the month. The sales agreement had called for the delivery of these aircraft within three weeks of the order. A further nine will be delivered by the end of 2017 and the remainder in 2018. The aircraft will be operated on domestic routes.