In addition to the iconic Sky Tower and Auckland Harbour Bridge, Orbx has modelled the entire downtown waterfront in full detail, from the historic Ferry Building to Hobson Wharf. In the CBD, you’ll find the towers of The Pacifica, PwC, and Seascape, and to the east the imposing structure of the Auckland War Memorial Museum.

The port areas downtown also received careful attention, with custom models for industrial buildings and container cranes, the Marine Rescue Center, and a diverse collection of ships and boats. 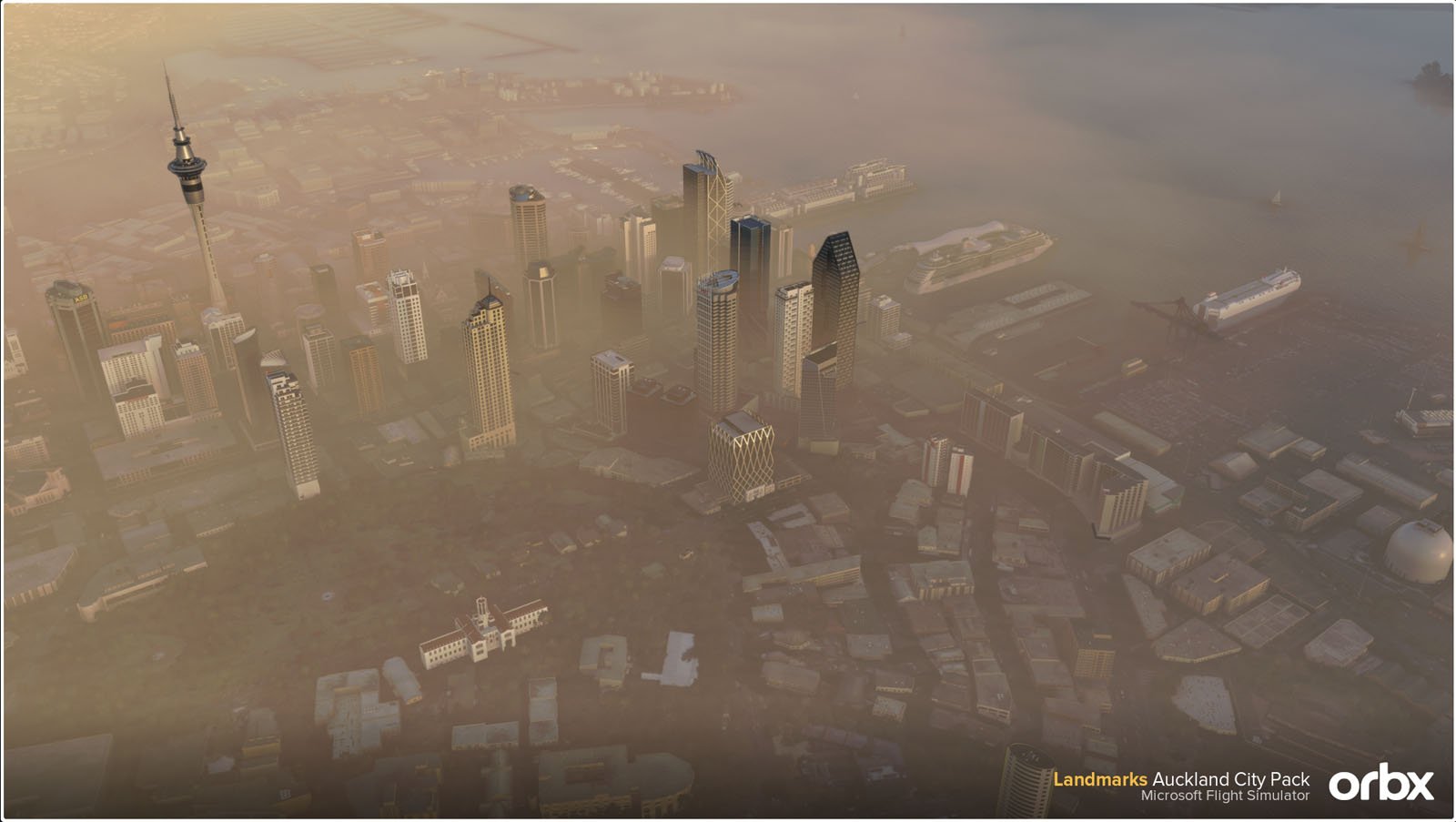 The city’s terrain is dotted with dozens of ancient volcanic cones, some of which have hilltop POIs, like the obelisk on One Tree Hill (Maungakiekie), the Beacon on Mount Eden (Maungawhau) and the weather station on Victoria Hill.

Orbx has also added animated features on both water and land so keep your eyes peeled while exploring the city and its surroundings.

As with all of Orbx’s Landmarks titles, they have made extensive enhancements to the entire area, including custom orthoimagery, terraforming, and improving the placement of vegetation and generic buildings. Last but not least, along the entire coastline, from Buckland Beach in the southeast to Whenuapai airport in the northwest, we have exposed the extensive tidal mudflats and beaches that are covered by water in the default scenery. 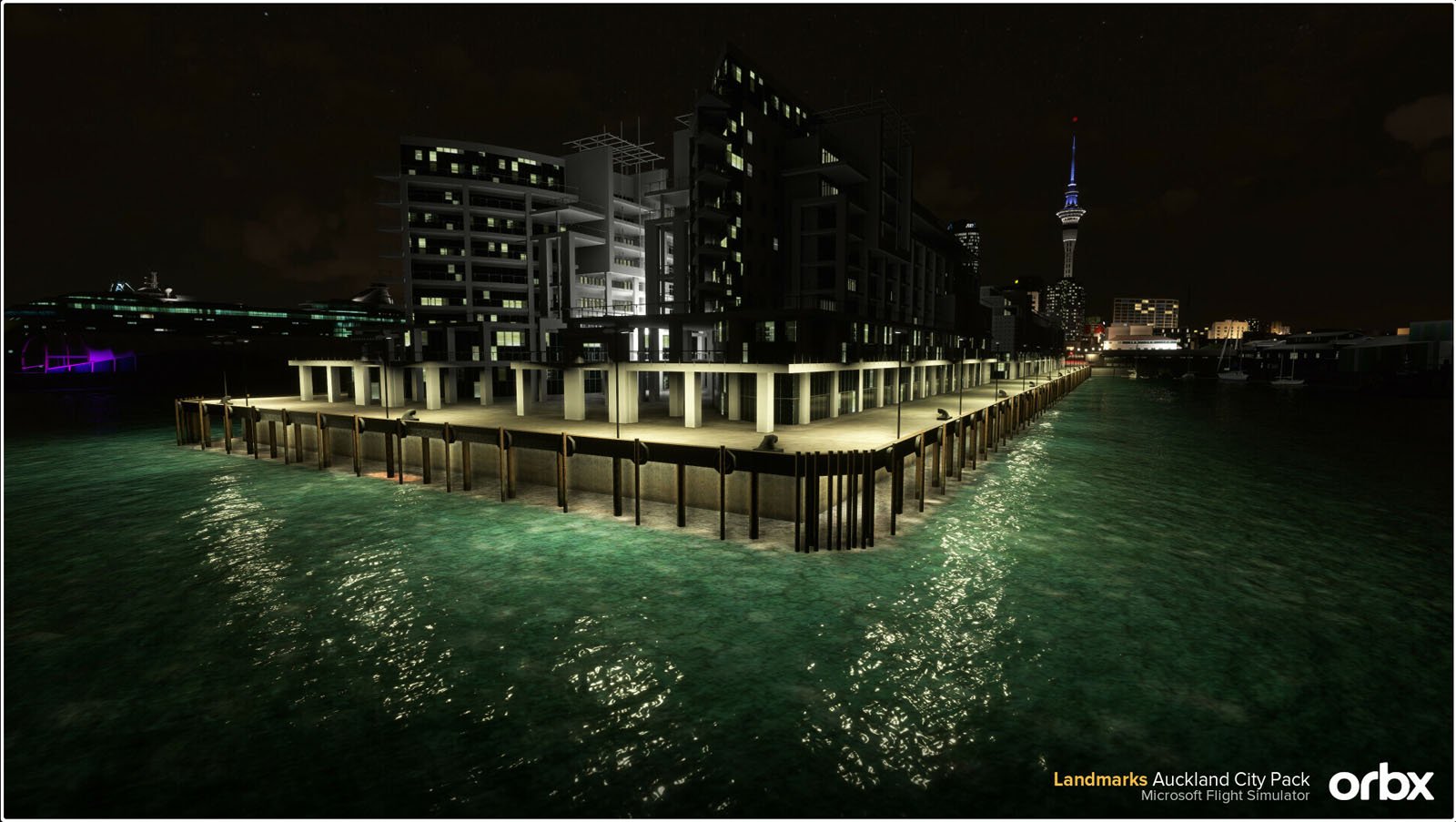