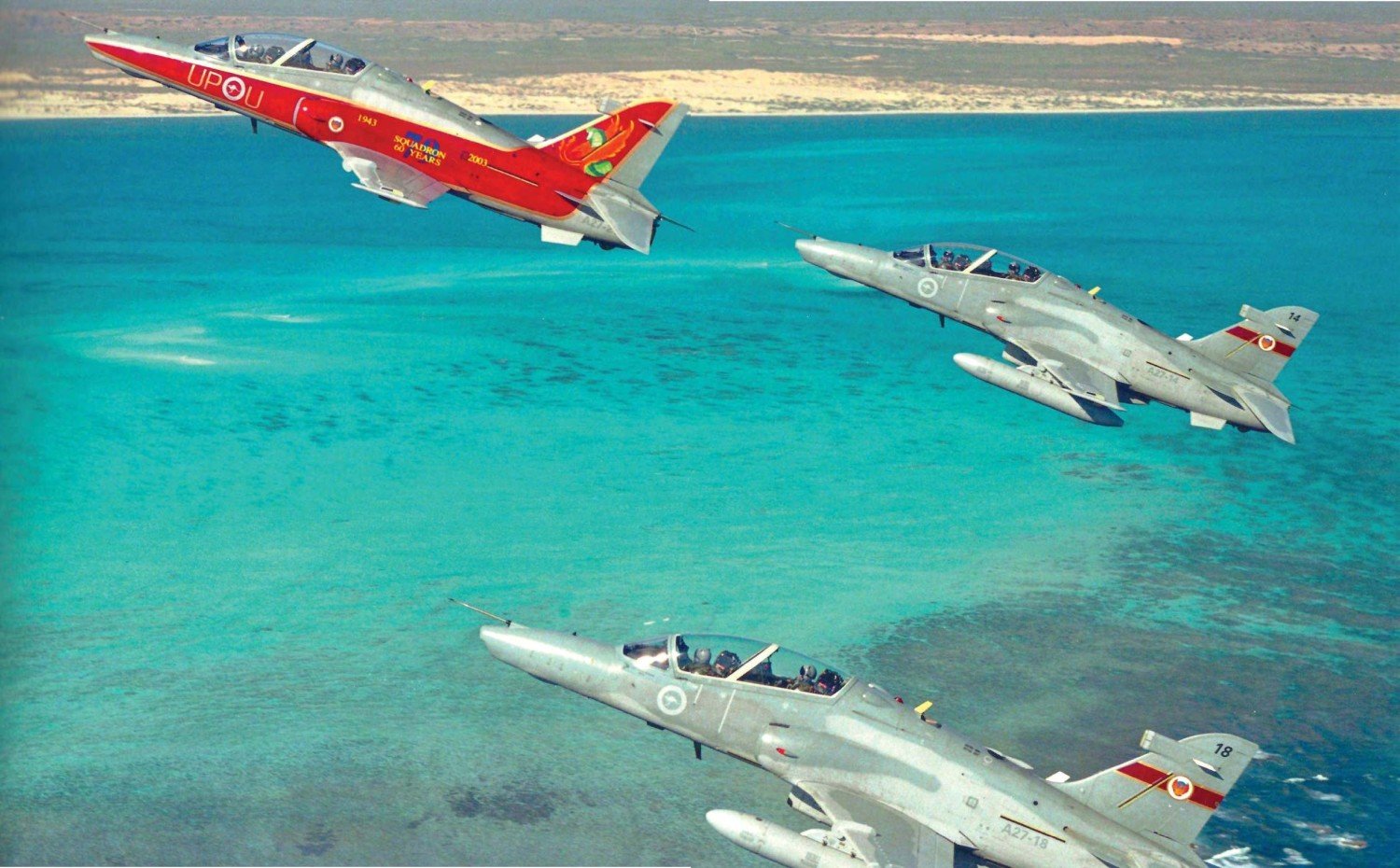 To celebrate its 60th anniversary in 2003, 79 Squadron decorated one of its Hawks in a striking colour scheme, which included its wartime ‘UP’ code letters. RAAF

When 79 Squadron RAAF was re-formed in 1998 it was the start of its fourth chapter. It had been in the fighter role for each but had operated in numerous guises. Its first incarnation dates to World War Two. By early 1943 the first Spitfires had arrived in Australia to counter Japanese air attacks. Formed at Laverton, Victoria on April 26, 1943, 79 Squadron was Australia’s first all- Spitfire unit.