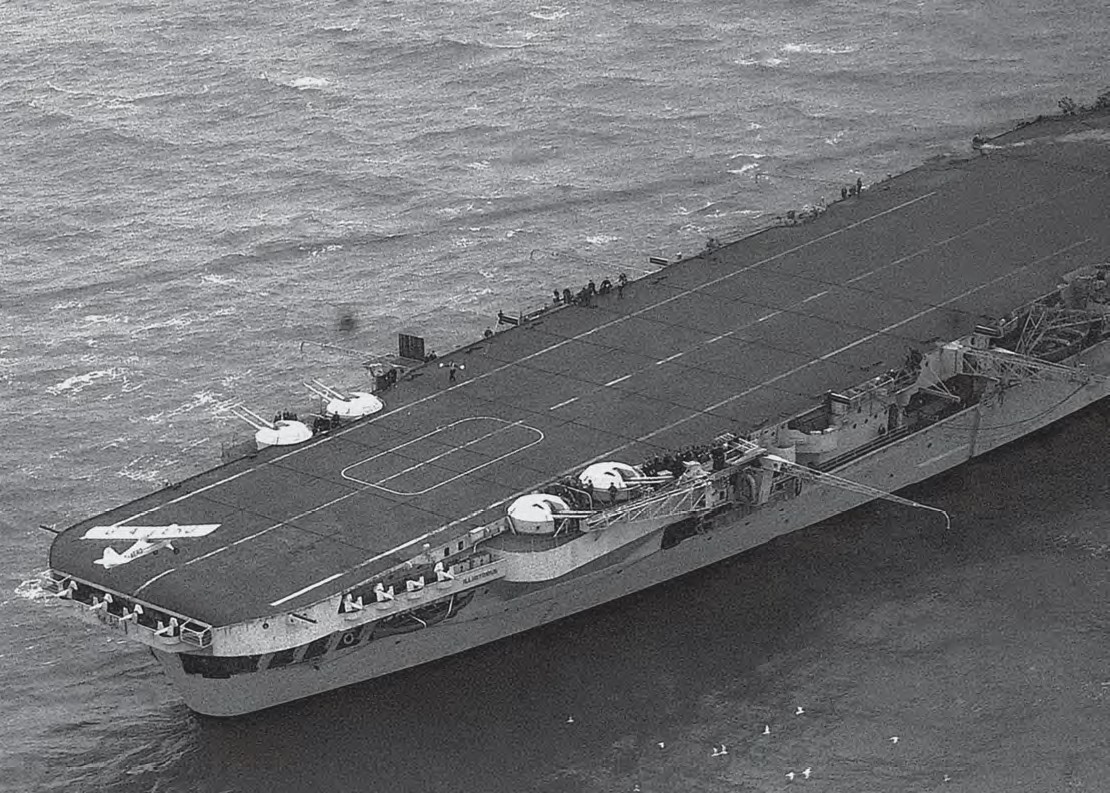 Richard Worcester about to land the Temple Press Auster 5J1 Autocrat G-AERO aboard HMS Illustrious on 16 October 1946, waved on by Sub- Lt J. Mathews. It was pictured from the accompanying Grumman Avenger.
ALL PHOTOS AEROPLANE

Given the number of assignments undertaken by reporters and photographers for The Aeroplane, it made sense to acquire an office runabout — and what better machine for the purpose than the best new British light aeroplane of the immediate post-war years? Based on the military Auster V, as used so effectively by air observation post squadrons during the liberation of occupied Europe, the Blackburn Cirrus Minor-engined Auster 5J1 Autocrat proved an attractive, modern and dependable mount for the private owner once ‘flying for fun’ was allowed to resume after the war’s end. The first production civil 5J1, G-AGTO, was delivered from the Rearsby plant in October 1945 to Nottingham garage owner Thomas Shipside. It wasn’t long before Temple Press Ltd, then publisher of The Aeroplane, became another ‘early adopter’.