In other Wedgetail news, the Australian government awarded Boeing Defence Australia a contract extension worth an estimated AUD 1.5 billion on September 28, 2018, for upgrades and sustainment of the E-7A out to 2035, the estimated out of service date of the type.

Boeing Defence Australia vice president and managing director, Darren Edwards said: “The fleet sustainment and upgrades that will be delivered under this agreement will ensure the Wedgetail remains the centrepiece of Australia’s national air defence capability and a critical asset for the RAAF.”

The work, together with support for similar E-7 platforms operated by the Republic of Korea and Turkey, is forecast to support 600 jobs across 200 suppliers in Australia. 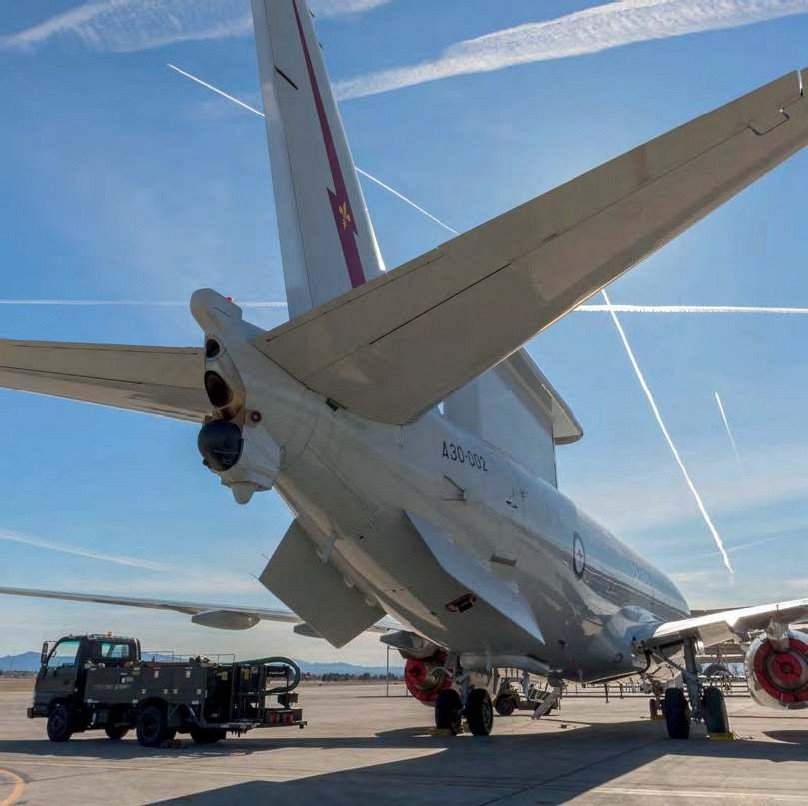