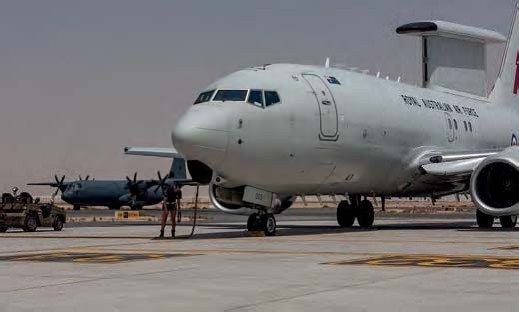 The Australian Government announced on September 14, 2019, that it has deployed a single Boeing E-7A Wedgetail Airborne Early Warning and Control (AEW&C) aircraft, A30- 005, to the Middle East Area of Operations (MEAO).

The deployment is the first in a rotational series of deployments since February 2019.

Six Wedgetails, based on the commercial 737-700 Boeing Business Jet airliner, are operated by the Royal Australian Air Force’s No.2 Squadron, based at Williamtown, north of Sydney and they were first deployed to the MEAO as part of an Australian Air Task Group in October 2014.