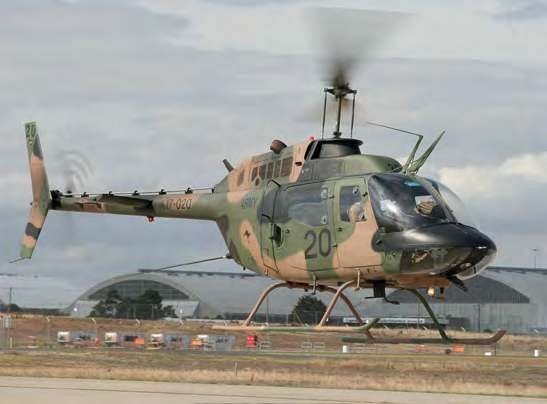 The Australian Army Aviation Corps (AAVn) celebrated its 50th anniversary with a ceremonial parade and display at Oakey and fly pasts in Darwin, Sydney and Townsville on October 18, 2018.

Oakey, west of Brisbane, is home to the Australian Army Aviation Training Centre (AAvnTC) and the Army’s three aviation regiments are based in the three cities which received the fly past.

The celebrations also marked the retirement of the Army’s locally assembled Bell 206B-1 Kiowa after almost 47 years of service.

BRIG Benbow said: “Kiowa has been the Army’s primary training helicopter since 1990 and every pilot, ground crew member and maintainer who has served since that time has one thing in common – the Kiowa.”

Prior to the training role, the Kiowa was the Australian Army’s battle field aviation reconnaissance platform. BRIG Benbow added: “The Kiowa fleet has provided stalwart service to the Army since 1971, whether on deployment, in disaster relief operations, or as a training helicopter.”

Surplus Kiowas are being transported to Avalon, south of Melbourne, where they will be stored pending disposal. Nigel Pittaway