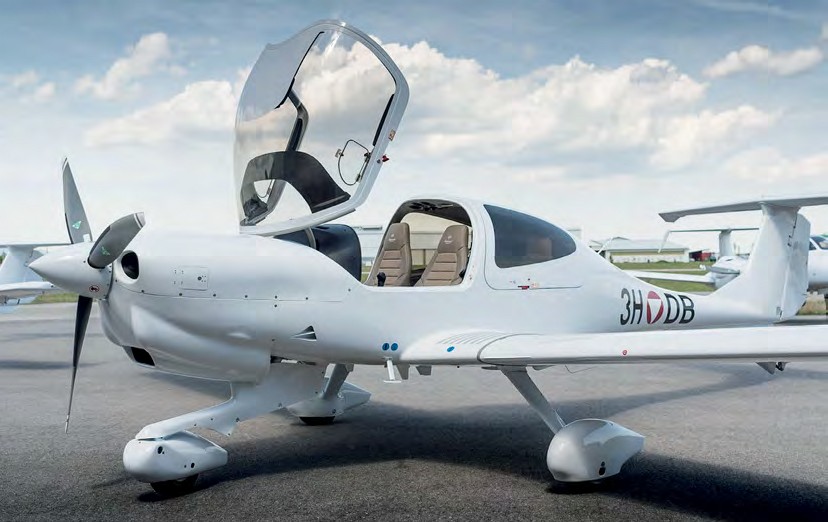 Diamond DA40NG 3H-DB, one of two delivered to the Österreichische Luftstreitkräfte on May 3. Two others are scheduled for delivery in September.
Diamond Aircraft

The first two of an August 2017 order for four Diamond Aircraft DA40NGs was delivered to the Österreichische Luftstreitkräfte’s (Austrian Air Force) Fliegerhorst Hinterstoisser at Zeltweg Air Base on May 3.

The remaining two aircraft are scheduled for delivery in September 2018. The four machines, serials 3H-DA, 3H-DB, 3H-DC and 3H-DD are the first basic military trainers for Austria since the retirement of the service’s Saab 91D Safirs in 1991.

The DA40NGs, will be used for practical flight aptitude selection testing selection, instrumental flight rules training for military pilots, for retraining and for obtaining licences for fixed-wing and rotary-wing pilots as a cheaper alternative to the PC-7 Turbo Trainer.

The introduction of the DA40s allows the implementation of a single-fuel-concept, meaning every aircraft type in the Austrian armed forces can be fuelled with the same type of fuel, namely Jet-A1.