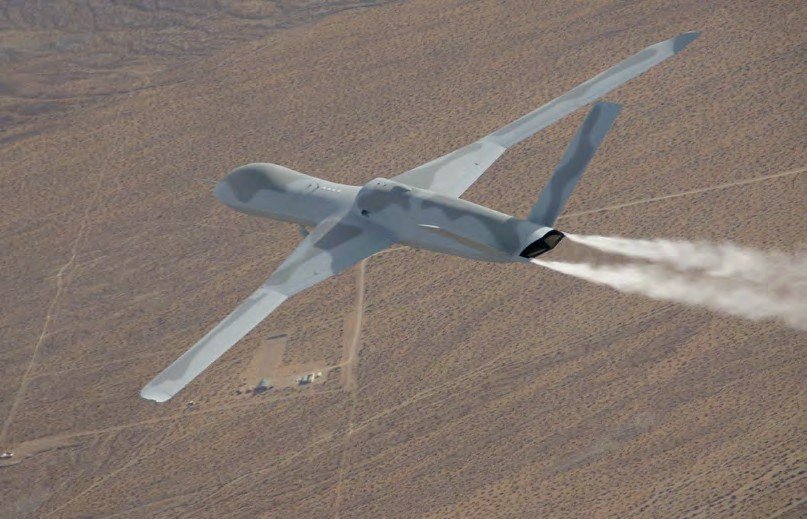 An Avenger ER set a new endurance record for the type earlier in 2018 by flying a 23.4-hour long mission.
General Atomics Aeronautical Systems

The company announced the system flew 23.4 continuous hours in what it called “a representative intelligence, surveillance and reconnaissance configuration while carrying out a simulated reconnaissance mission”.

The flight took place on January 24- 25, but was only announced early in April. GA-ASI said it exceeded the flight test goal of 20 hours and was a tenhour improvement in the endurance of the baseline Predator C Avenger.

The Avenger is designed to carry payloads such as the all-weather GAASI Lynx multimode radar and MS- 177 electro-optical/infrared sensor. Like the legacy Avenger, the Avenger ER has a 3,000lb (1,360kg) payload bay, but it has a higher maximum take-off weight of 19,500lb (8,845kg) thanks to a co-cured composite centre wing, heavyweight landing gear and a new hybrid linear antilock brake system. Mark Broadbent