The Russian Air and Space Force recently staged the fifth and largest edition of its gunnery and bombing competition at the Pogonovo range near Voronezh. Alexander Mladenov and Andrey Zinchuk report

This year’s Aviadarts gunnery and combat employment skills competition, in which only Russia took part, happened between June 17 and 24. For the first time, tactical reconnaissance assets joined the competition.

In general, the Aviadarts series of competitions are conceived as multistage combat employment set-ups, intended to select the best-performing aircrews in each separate air branch of the air force. The participants, drawn from Russian Air and Space Force (RuASF) units based all over Russia, are required to demonstrate a balance of skills in all major combat training elements as well as physical fitness and tactical knowledge.

Speaking during the opening ceremony, Russian Air and Space Force Commanderin- Chief Colonel General Viktor Bondarev said: “It’s the fifth time we have staged a competition among the RuASF aircrews to show their best skills. Many of the participants have accumulated real-world combat experience, but this will be their first ever competition of this kind.” Widely known as a keen supporter of Aviadarts since the competition began in 2013, he also claimed that, thanks to high training standards, RuASF crews are now involved in crushing the backbone of international terrorism in Syria. He maintained that the work will continue until peace returns to the country. At the end of his address Col Gen Bondarev told, the participants: “All this is happening thanks to your efforts. I hope the competition will be held in a fair and non-compromised manner, but your aim should not be to win at any price. Safety first and, one more time, safety first! Good luck and get all your rockets and bombs on target!”

As many as 58 aircrews from the RuASF’s four air and air defence armies competed in exercises designed to test eight skill sets – fighter, attack, frontal bomber, tactical reconnaissance, long-range bomber and transport aircraft, and attack and tactical transport (assault) helicopters. If the support types and spare aircraft brought by each team are included, more than 100 fixed-wing and rotary-wing aircraft were involved. To make things even more challenging for the aircrews, a Forpost UAV system, Pantsir-S1 and S-300PM ground-based air defence (GBAD) systems took part.

The tactical jet force, comprising the fighter, bomber, attack and tactical reconnaissance aircraft categories, operated from Lipetsk airfield, while all the helicopters, directly involved in the competition or performing support tasks, flew out of Voronezh-Baltimor. The transports and long-range bombers were deployed to Ryazan-Dyagilevo. 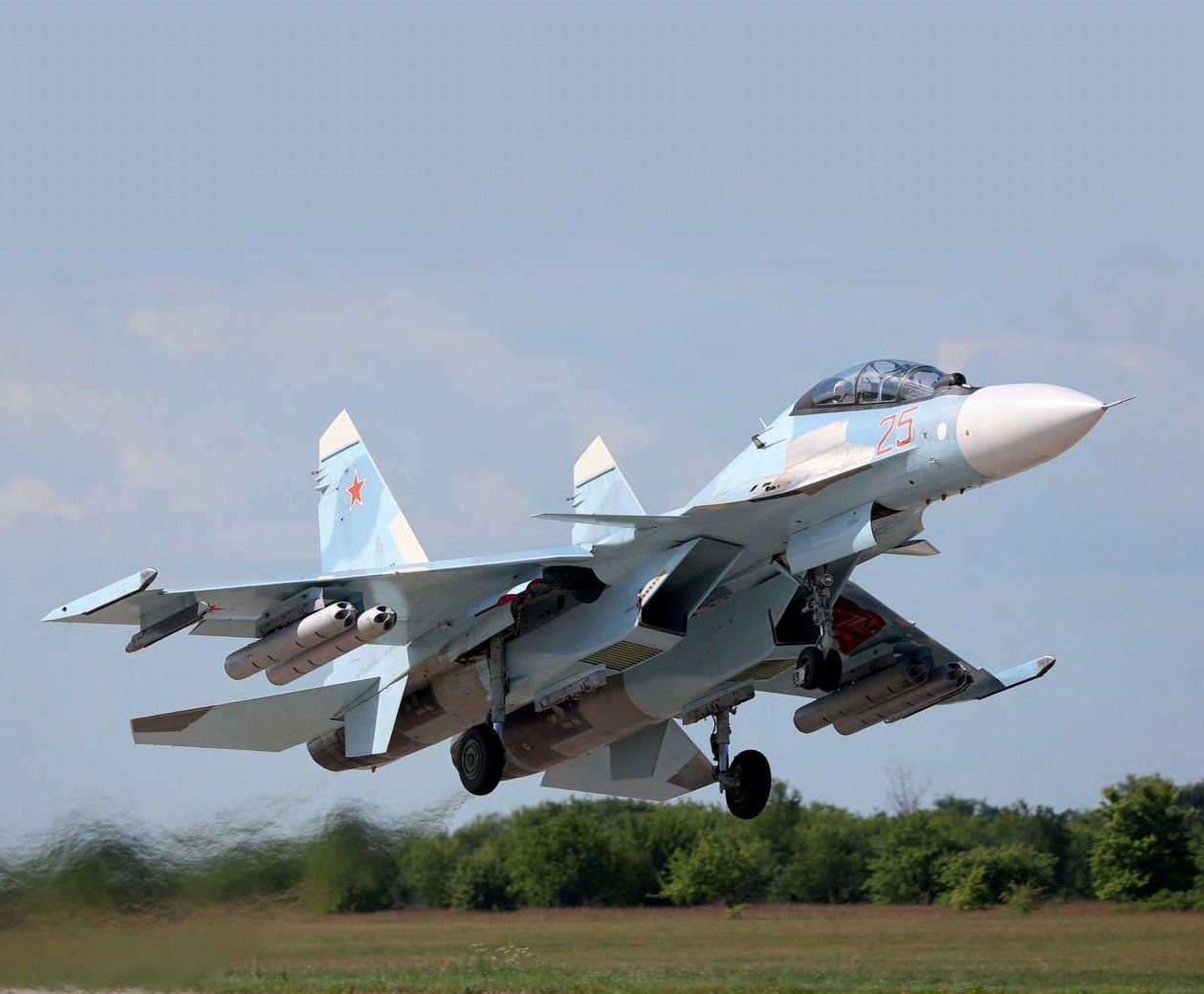 The Millerovo-based Su-30SM aircrews, serving with the 31st Guards IAP were ranked as the best in the fighter category.
All photos Andrey Zinchuk unless noted

A Su-34 from the 47th SAP lands after the day’s second sortie loaded with B13L rocket packs.

The two-round pre-selection phase was aimed at selecting the best aircrews for participation in the final stages of the national competition. It was limited to aircrew younger than 36 years, mostly young captains and first lieutenants. They were required to demonstrate a complex combination of their best skills in flying the aircraft and delivering weapons in various situations. Each participant sat a series of exams before the start of the flying part of the pre-selection rounds, including physical fitness tests featuring swimming, bar pullups and basketball. They also sat theoretical exams to assess their tactical knowledge. As with the previous editions, between March and May pre-selection phases were held in each air unit and then within each RuASF air army and air command.

As many as 200 aircrews and 150 aircraft were involved in the first round of this phase conducted at regimental/air base level. The second round saw 130 aircrews and 80 aircraft competing in each of the military districts (where the tactical and army aviation forces are grouped) and the two major commands (controlling the long-range bomber and transport air arms). Based on the results of these highly competitive pre-selection phases, the best-scoring 58 aircrews (comprising 117 people) were nominated for the single-round national competition. The fleet involved in the competition included 52 fixed-wing aircraft and 37 helicopters of 15 different types and 22 different versions.

Su-34 RF-95478 from the 47th SAP lands after a mission dedicated to air navigation and visual reconnaissance.

Su-24MR RF-93854 with a full reconnaissance payload seen taking off.

Exercise scenarios this year were heavily influenced by the operations of the air force during its Syrian campaign. All rocket and bomb drops were made from above 3,300ft (1,000m), while en route flying was made at ultra-low level, down to 82ft (25m) above ground level, to avoid being detected and engaged by the GBAD systems positioned on the Pogonovo range.

The first sortie in the competition for the frontal bombers, fighter and attack branches comprised low-level navigation at 656ft (200m). It was combined with a visual air reconnaissance mission in the assigned area at 1,312ft (400m); the task was to detect objects of interest on the ground and radio their type and position back to base. This sortie was also used to evaluate the aircraft handling and navigation skills of the participants; after completing the reconnaissance task, they had to perform a low-level aerobatic routine in front of the judges. The same schedule for the first sortie flown in the competition also applied for the attack and tactical transport helicopters. The transport aircrews were required to navigate a complex route with variations in the heading and altitude profiles. 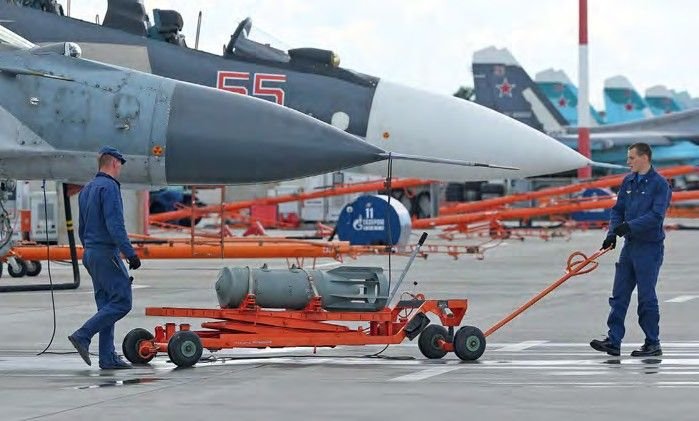 There was also competition in the best ground crew category. These armourers prepare an OFAM-25- 270 free-fall bomb for suspension on a MiG-29SMT belonging to the 14th Guards IAP. 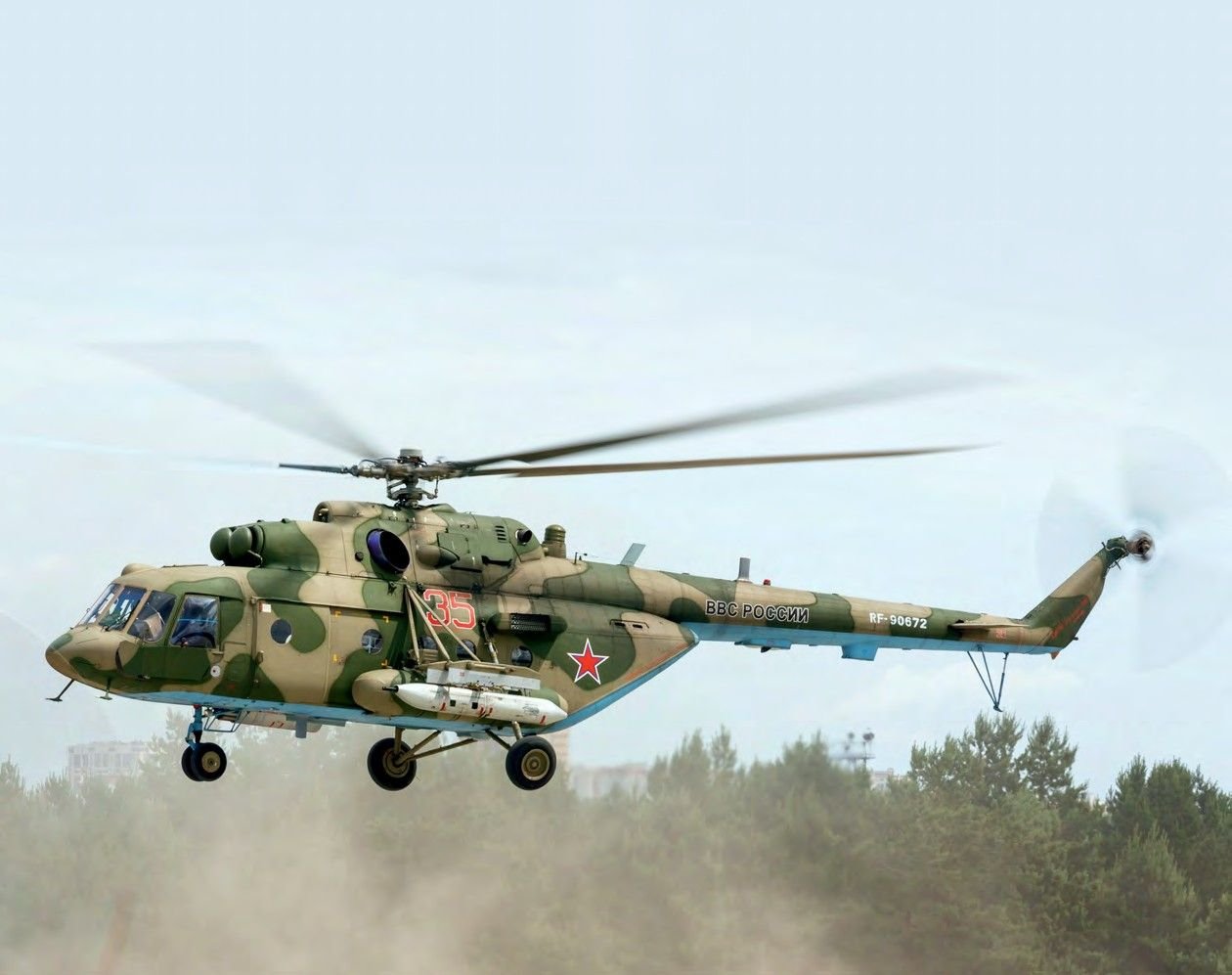 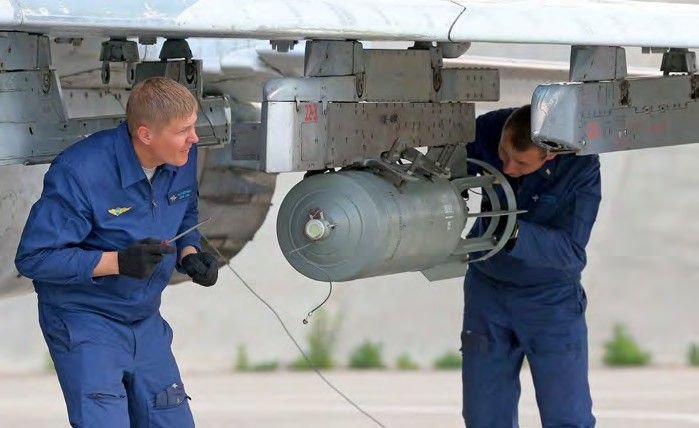 Armourers from the 14th Guards IAP suspend a free-fall bomb under the port middle pylon of a MiG- 29SMT.

The second sortie for each participant in the fighter and attack jets categories, together with the tactical transport and attack helicopters, involved aircrews strafing ground targets with rockets and guns. Rockets were unleashed in the first strafing pass while the second pass used the built-in 30mm gun, if fitted.

The frontal bombers dropped bombs in level flight during their first attack pass, while on the second they fired 80mm rockets from a shallow dive.

Pogonovo range had a new target set up for the competition inspired by targets pounded by the Russian air arm in Syria. Among these were representations of a crude oil processing facility, vehicle columns and a command post of the fictional enemy, as well as the traditional airfield target furnished with aircraft and surface-to-air missile launchers.

Performance indicators assessed by the panel of judges included the accuracy of the crew’s time on target, the effectiveness of post-strike defensive manoeuvring and weapons delivery accuracy. There was also a competition for the best aircraft technician, held between the aircraft servicing teams on the ground.

Crews gained the maximum score for hits within a 15m (50ft) radius of a target’s centre. After each attack, the judges visited the target and measured the proximity of the strike to the bullseye.

Hits were also recorded by TV cameras of the Klever scoring system installed on the ground around the range and by the sensors of a Forpost UAV circling above Pogonovo.

Aircrews from the Southern Military District (SMD), led by the 4th Air and Air Defence Army CO, Lt Gen Viktor Sevastyanov, dominated the tactical jet and helicopter categories this year. In addition to five first places, they came second in one event and third in another.

In contrast to all previous iterations of Aviadarts, this time the RuASF proved reluctant to disclose names and units in the tactical jet and helicopter categories, most likely due to secrecy considerations stemming from the ongoing war in Syria. Only the aircraft types flown by the winners were revealed. It was disclosed, for instance, that a Su-30SM aircrew from the SMD was the winner in the fighter aviation competition. Since there is only one regiment in SMD flying the type, it is easy to pinpoint it: the 31st Guards IAP, a fighter regiment stationed at Millerovo. The frontal bomber category winner came from the Su-24M community, but there are two regiments in SMD flying the type, stationed at Marinovka and Gvardeyskoye and it was not disclosed which of these took the prize. SMD crews also took first place in the attack branch with the Su-25SM, but again, the unit was not revealed; the type is operated by three regiments in the district. In a press release about the results of the competition there is a photo of a Frogfoot belonging to the 960th ShAP, an attack regiment, home-based at Primorsko-Akhtarsk, so that may indicate this is the winning unit. The winners in the attack and tactical transport branches, flying the Ka- 52 and Mi-8AMTSh respectively, also came from SMD, but no units have been disclosed. Winner in the tactical reconnaissance branch was an aircrew from the Central Military District flying the Su-24MR, apparently coming from the 2nd BAP, a bomber regiment stationed at Chelyabinsk-Shagol airfield, the only unit in this district flying the type. The winning long-range bomber crew came from the 6952nd Air Base at Belaya near Irkutsk in eastern Siberia, while the transport aviation prize was won by a crew from the 798th VTAP, a military transport air regiment home-based at Taganrog. The same regiment also won the award for the best ground crew. The winners in each speciality were nominated for participation in the international edition of the competition to be held this year in China in the first half of August.

Su-24M RF-92034 launching for the day’s second sortie loaded with a B8M-1 20-round pod for 80mm rockets and a sole free-fall bomb under the fuselage.