On 22 September the Historic England-backed Military Aviation Heritage Networks announced a new heritage trail to highlight the rich aviation history of East Anglia, following on from a similar No 11 Group, Fighter Command trail that was launched during August.

The East Anglia trail features 30 historic airfields, museums, memorials and aviation sites concerned with aviation history, ranging from First World War aerodromes that protected the UK from airships and bombers to Cold War bases for ‘V-bombers’ and missiles. It includes an array of historic buildings and features the ‘V-bomber’ base at RAF Marham, a radar transmitter block, the anti-aircraft gun dome at Langham, control towers and numerous airfields and hangars featuring fascinating collections of aviation heritage that are accessible to the public. 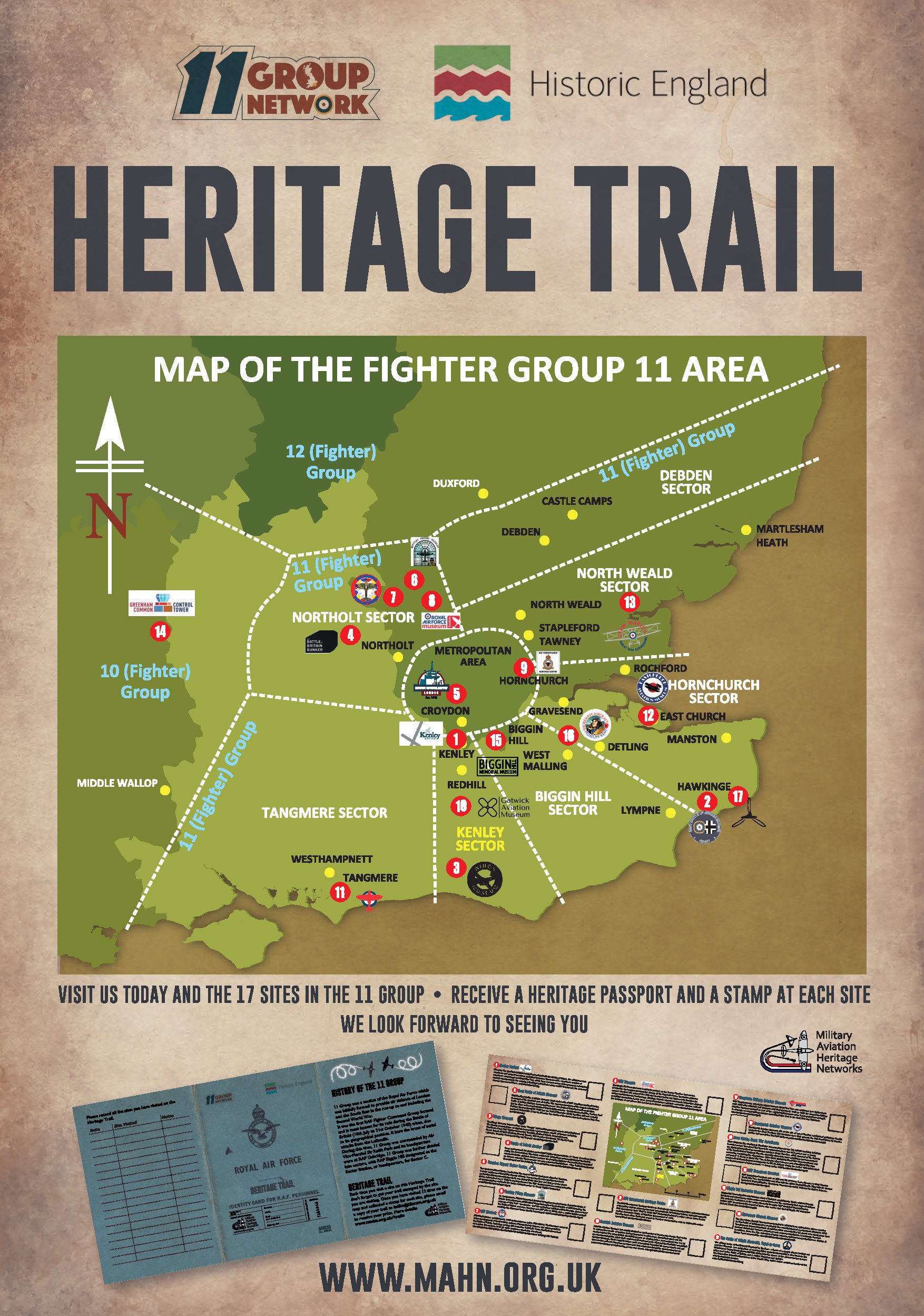 Moving south, the No 11 Group Heritage Trail highlights the aviation history of the south-east of England, featuring 17 further historic airfields, museums, memorials and aviation sites. The attractions range in size from the six hangars of the RAF Museum at Hendon to the Battle of Britain airfield sites at Kenley, Hawkinge, Biggin Hill, Croydon, Hornchurch, Gatwick and Tangmere, the Battle of Britain Bunker housed in the underground operations room at RAF Uxbridge, and the former RAF Fighter Command headquarters at Bentley Priory Museum. Two sites displaying a wealth of relics from the Battle of Britain can be found at the Shoreham Aircraft Museum in Kent and the Wings Museum at Balcombe in Sussex. The World War Two period is bookended by the Eastchurch Aviation Museum at the pre-World War One RNAS airfield at Eastchurch on the Isle of Sheppey — the museum being housed at HM Prison Standford Hill — and probably the most emblematic Cold War airfield in the UK, RAF Greenham Common in west Berkshire. Funded by Historic England, trail booklets featuring maps, site summaries and websites are available to download for free online at www.mahn.org.uk/trails. Printed copies can be picked up at the museums, airfields and heritage centres involved.