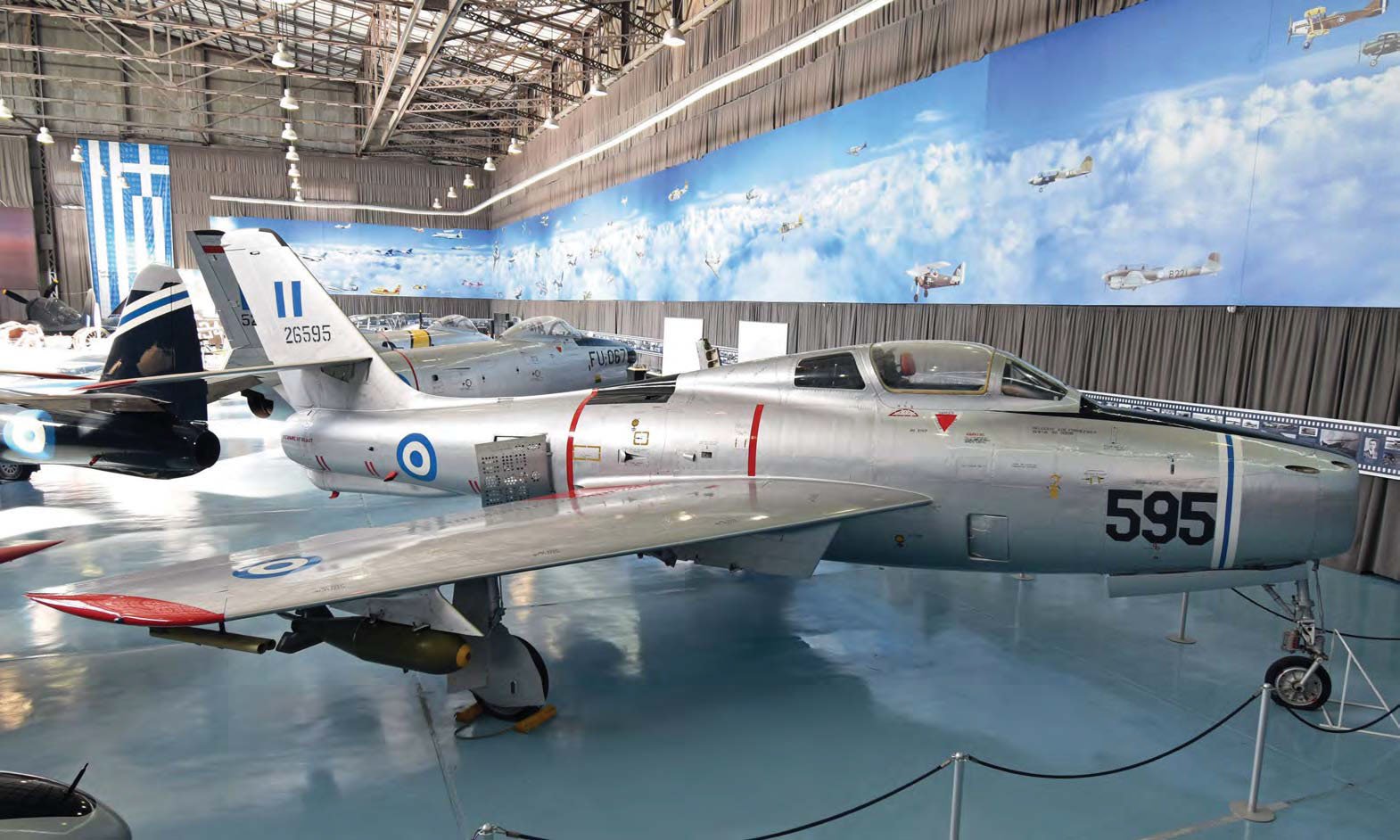 About half-an-hour’s drive north of Athens lies Dekelia Air Base, in Tatoi – home to the Hellenic Air Force Academy’s Cessna T-41 and Tecnam P2002 elementary trainers. To whet the appetite of aviation enthusiasts even more, though, it is also the site of the Hellenic Air Force Museum. Established in 1992, it is one of the world’s younger national aircraft collections, but the Greek service’s tendency to delay scrapping obsolete flying machines has ensured an impressive range of exhibits, particularly representing the post-war years, when large numbers of US jets were obtained by Greece under the Military Assistance Program.