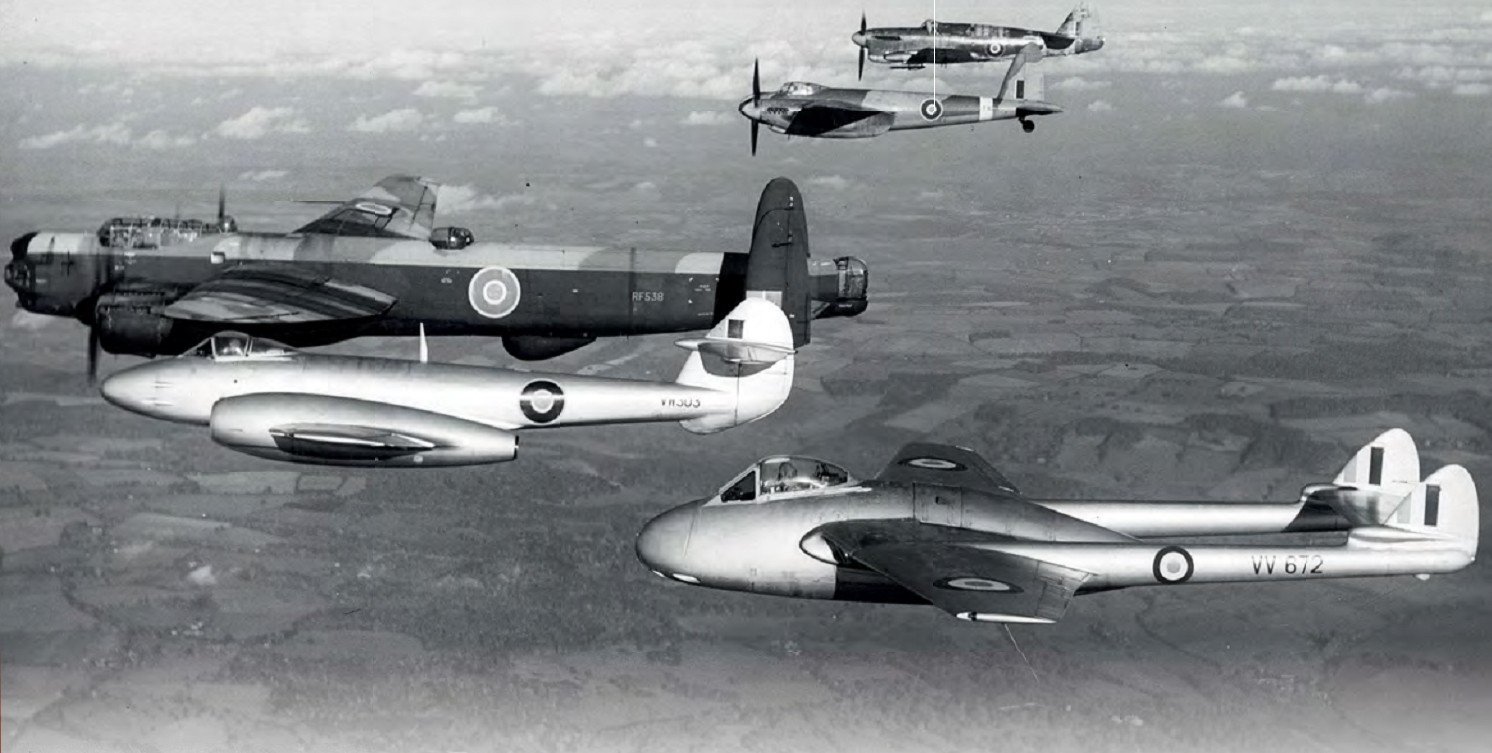 Avro Lincoln RF538 from the Empire Test Pilots’ School leading a Gloster Meteor and DH Vampire FB.5 (nearest camera), with a DH Mosquito and Fairey Firefly in the background.

World War Two ended before Avro could bring the Lincoln into frontline service. It had been developed to equip the Tiger Force, a Commonwealth heavy bomber group intended for deployment in the Far East. The four-engined aircraft was a direct development of the Lancaster, but such was its superiority over its predecessor that it was given a new name. It served the RAF until the early 1960s, making it the air force’s last piston-engined bomber.