Just Flight, in partnership with Thranda Design, have released the Avro Vulcan B Mk2, K.2 and MRR for X-Plane 11. 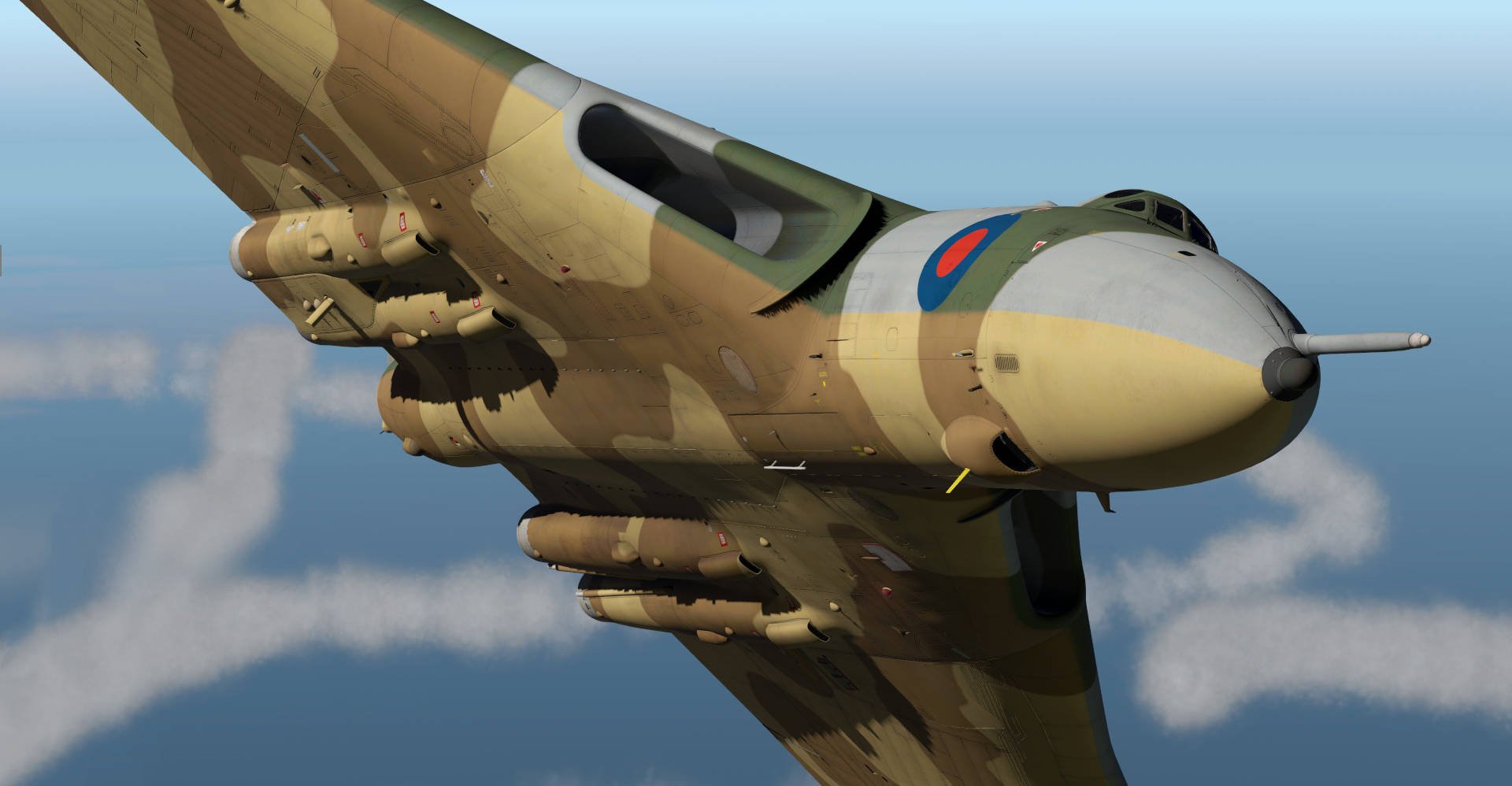 The package includes the B Mk2 model as well as the K.2 air-to-air refuelling variant with hose drum unit and animated hose and the Maritime Radar Reconnaissance (MRR) variant along with a total of 17 4K liveries.

The aircraft has been modelled to an exceptional level of detail, featuring PBR materials and real-time reflections. Other highlights include authentic ground equipment, a range of realistic payload options, animations such as a multi-stage brake parachute.

Just Flight has recreated a full virtual cockpit with smoothly animated 3D instruments and fully functioning custom-coded systems and avionics such as:

The aircraft from Just Flight is based on a real-life Vulcan B Mk2, XM655, based at Wellesbourne Airfield. It saw service in the UK during the Cold War. XM655 was the third-from-last Vulcan to be produced for the Royal Air Force. It was delivered in 1964 and was part of the UK’s nuclear deterrent force throughout the 60s and 70s. It is now preserved by a team of volunteers at Wellesbourne Airfield.

The K.2 Air-to-Air Refueling variants were converted for air-to-air refuelling following the Falklands War as an interim solution prior to the delivery of VC10 and Tristar tankers that were due to replace the ageing Victor. This conversion consisted of the addition of a Hose Drum Unit (HDU) mounted in the tail cone, and three bomb-bay drum tanks. The K.2 variants served with 50 Squadron (RAF Waddington) from 1982 to 1984.

The Maritime Radar Reconnaissance (MRR) variants flew patrols around the coast of the UK, primarily operating at high altitude and using the radar to monitor shipping but also flying at low level for visual identification and inspection. They had a secondary role carrying out air sampling, flying through airborne contamination following nuclear tests and using air sampling pods mounted under each wing. The MRR variants served with 27 Squadron (RAF Scampton) from 1973 to 1982, at which point the Nimrod took over these duties.