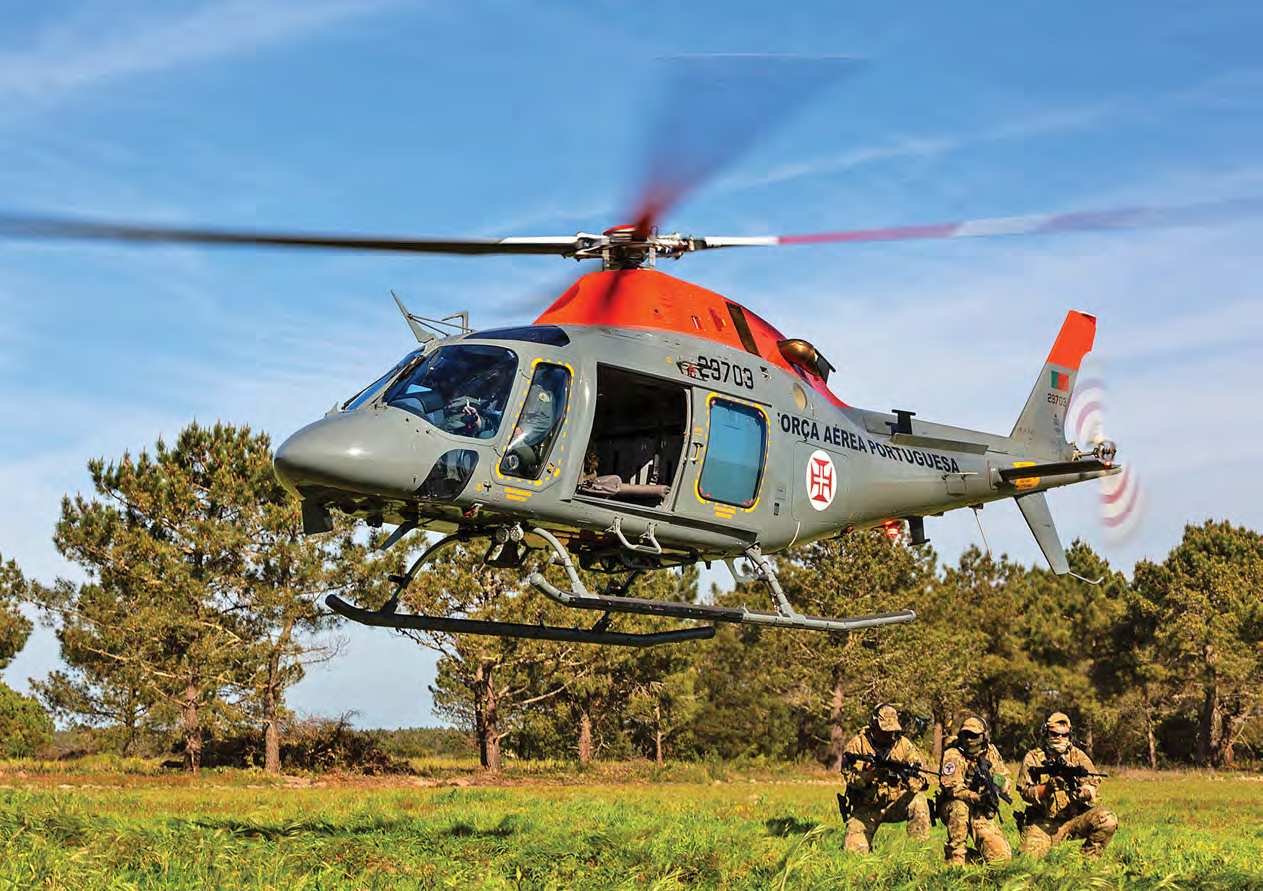 By the time the Força Aérea Portuguesa (FAP; Portuguese Air Force) withdrew its last Sud Aviation SE 3160 Alouette IIIs (AL III) on June 17, 2020, its successor had already been lurking in its shadow for more than a year: the sleek AW119 Koala. With the first pair delivered to Esquadra 552 ‘Zangões’ (55 Squadron ‘Bumblebees’) at Beja Air Base (AB) in Portugal’s Alentejo region, north of the Algarve, in 2019, an ambitious work began on developing the Leonardo-built helicopter to replace the Alouettes.