The B-17 Flying Fortress is legendary for its World War Two missions, but the type also had a long and diverse civil career. Malcolm V Lowe details this lesser-known aspect of the type’s story

Widely regarded as one of the war-winning tools in the Allied inventory, Boeing’s B-17 was designed and built as a dedicated warplane, intended specifically for high-level strategic bombing. However, its general design and layout also meant it was suited to a variety of less warlike ventures when World War Two ended. In fact, the family enjoyed an extended period in civil operation that was much longer than its frontline military career.

The initial Flying Fortress to wear civil markings was the very first of the series. Created to meet a 1934 US Army Air Corps requirement, Boeing’s designers came up with a beautifully sleek monoplane bomber that was ahead of its time. 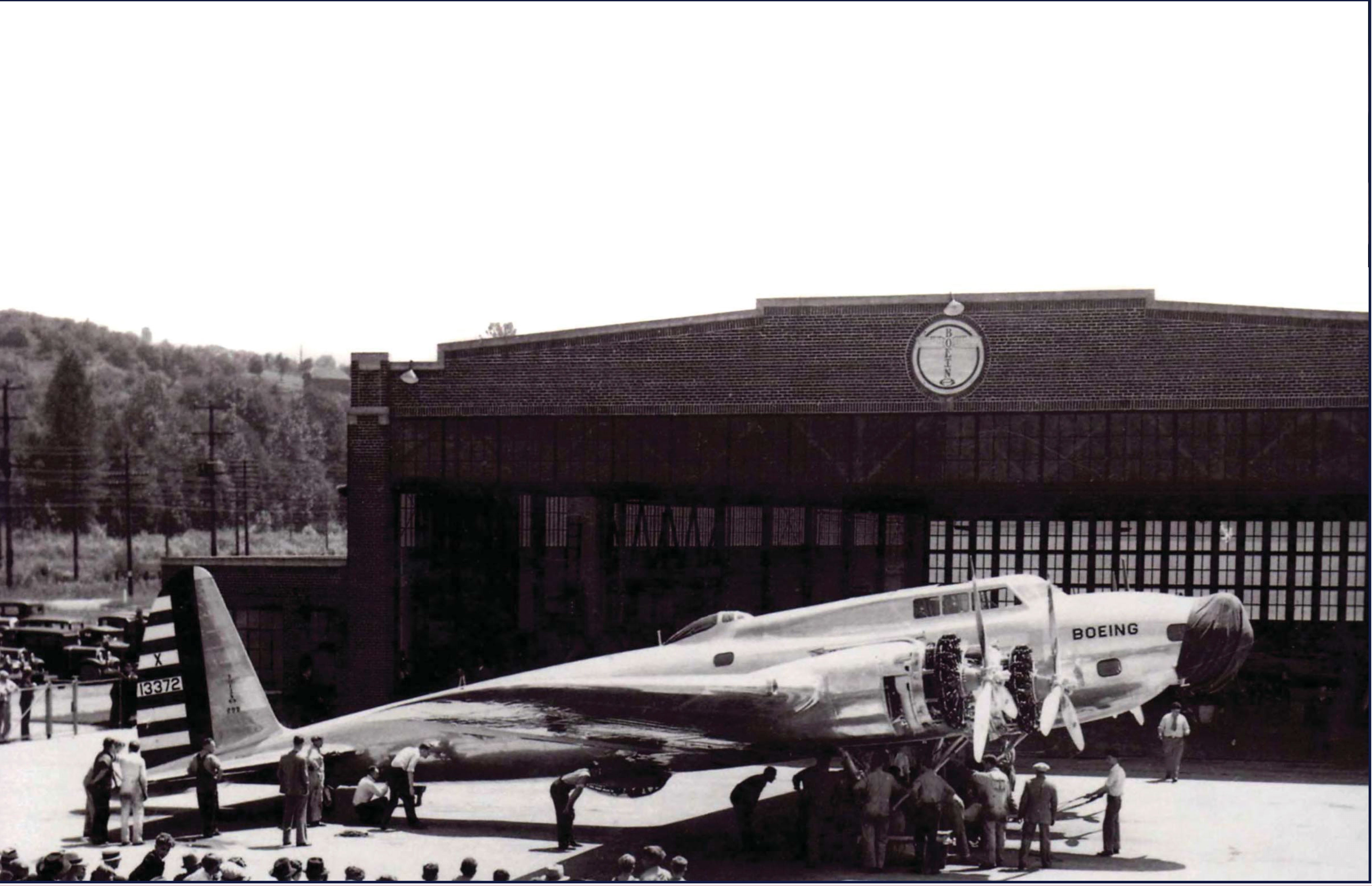 Gleaming and looking advanced for its time, the Boeing 299 is seen during its official roll-out for the press on July 16, 1935. Wearing the US civil registration X13372 (an abbreviation of NX13372), it was the world’s first four-engined monoplane bomber with an all-metal structure.
ALL JB VIA MALCOLM V LOWE UNLESS STATED