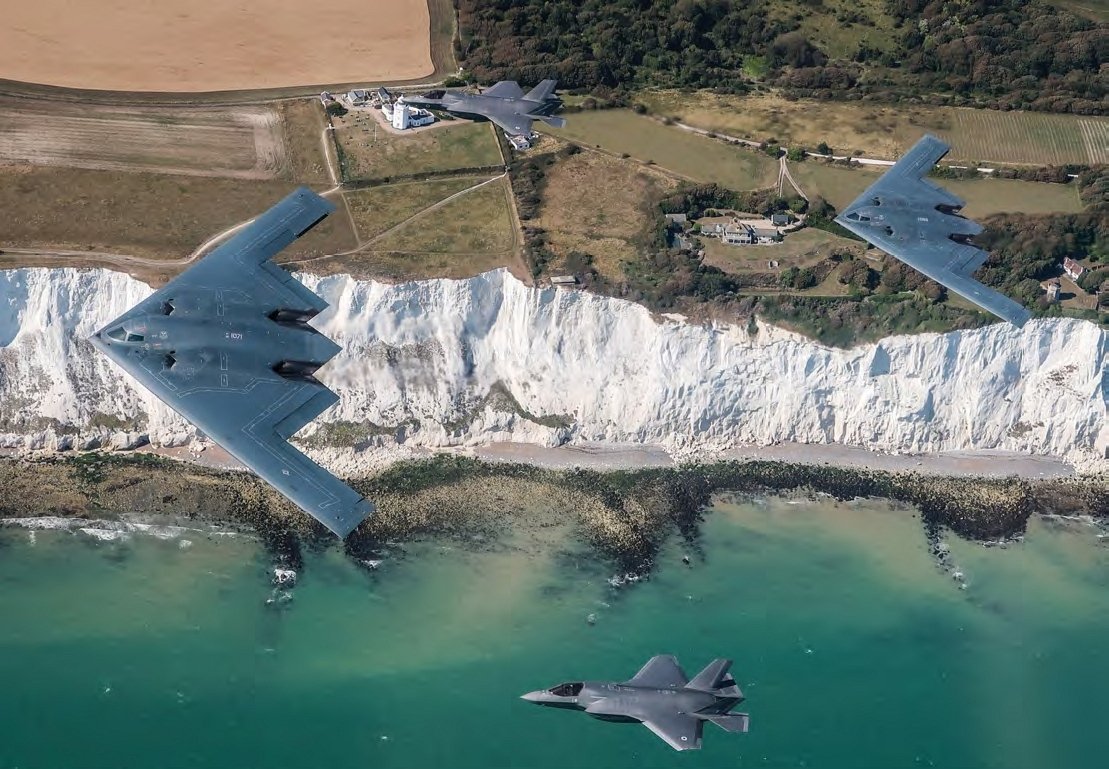 Two B-2As of the 393rd Bomb Squadron fly with RAF Lightnings over the Kent coast on August 29.
MOD Crown Copyright 2019

Flying the lead B-2 were Capt Lauren Kolod and Sqn Ldr Colin Bartwicki, the current RAF exchange pilot on the B-2, who was undertaking his last flight in the Spirit. He has previously flown the Tornado GR4 and Hawk T2 and now goes on to a ground job in the UK.

Speaking to media at Fairford the following day, RAF Gp Capt Richard Yates, Chief of Staff, UK Battle Staff said it was the first time B-2s had operated with F-35s from any other nation.