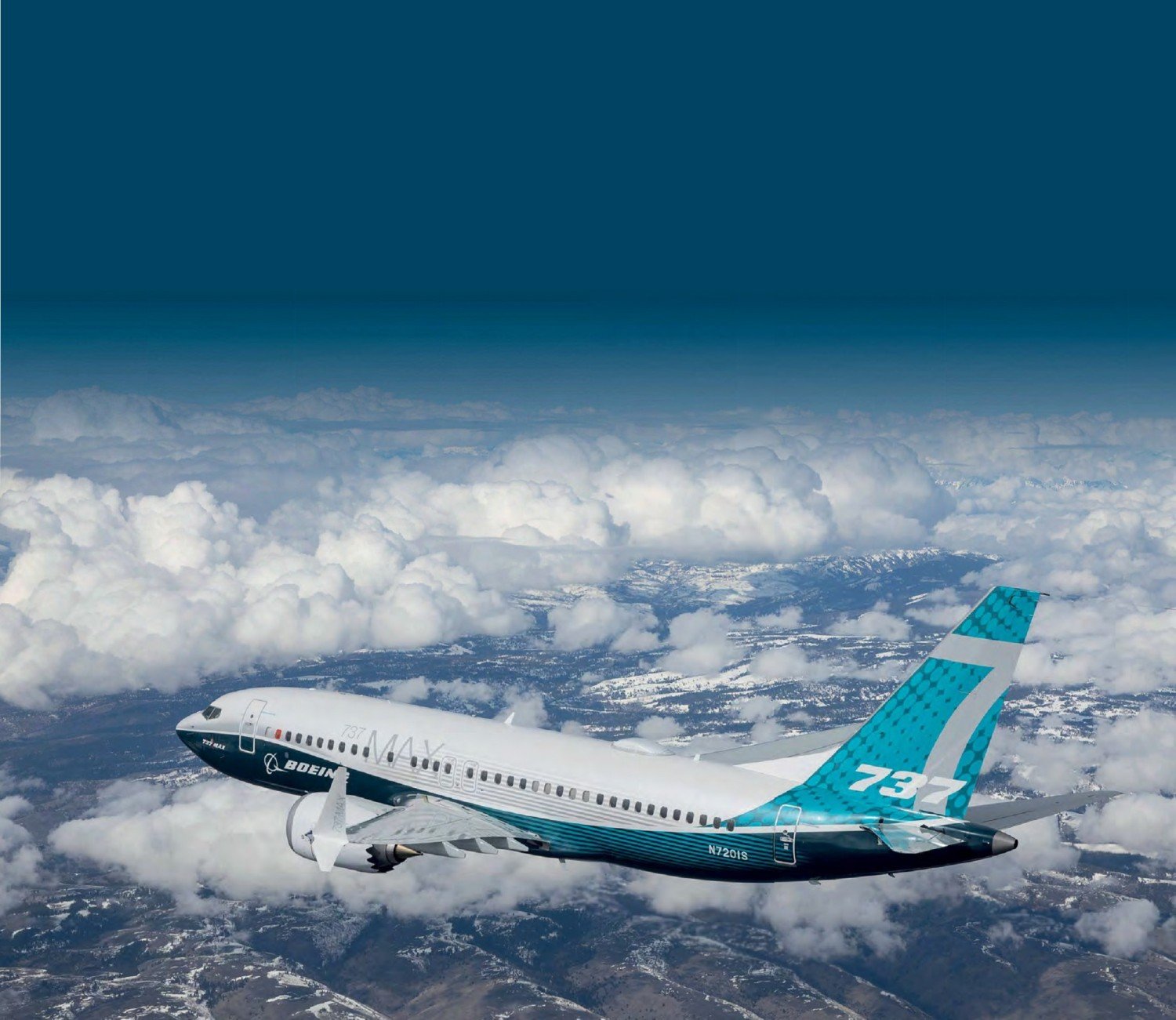 The first Boeing 737 MAX 7 photographed during its firstflight on March 16.
Boeing

The firstflight occurred two years after Boeing revised the 737 MAX 7’s design to raise two-class seat capacity from the previously-listed 126 seats by adding 46in (1.16m) to the aft fuselage and 30in (762mm) to the forward fuselage and a pair of over-wing exits. The variant’s maximum take-off weight was also increased to 177,000lb (80,285kg) and range extended by 500 nautical miles (926km) on the previously listed figure to 3,850 nautical miles (7,130km).

Boeing undertook local structural strengthening and lengthened wire bundles and tubes that run through the aircraft to facilitate the changes.

The 737 MAX 8’s wing and landing gear was retained. There is commonality in the systems’ architecture, such as the hydraulics, fuel systems and cockpit, and from a production standpoint the tooling remains unchanged.

Boeing is planning to deliver the first customer 737 MAX 7 early in 2019, after the variant completes a certification testing effort to validate aircraft handling, performance and systems differences from the 737 MAX 8 and 737 MAX 9, which are both certified and in service.

With its slightly smaller seat count, but longer range than these other variants (which have 3,550 nautical miles/6,570km capability, with the 737 MAX 10 set to offer 3,300 nautical miles/6,110km range) and hot and high performance, the 737 MAX 7 is optimised for route development and niche routes.

Designed to cater for the lower end of the single-aisle narrowbody seating scale, slotting in alongside the 737 MAX 8 (designed for the bulk of shorthaul operations), the 737 MAX 9 (growth with extra seats) and the 737 MAX 10 (high capacity), the 737 MAX 7 was probably always set to sell at a far slower rate than its stablemates. Even so, sales have been slow.

Boeing doesn’t break down 737 MAX orders and deliveries data by variant (although it does for the 737 Next Generation models) but assessing manufacturer and airline orders announcements indicates just 58 737 MAX 7s have been ordered (30 by Southwest Airlines, 23 by WestJet and five by Canada Jetlines) since the family was launched in 2011. In comparison, there are more than 2,200 orders for the 737 MAX 8 and over 100 for the 737 MAX 9. Even the 737 MAX 10, launched just a year ago, has 300 orders. Airbus has likewise seen a slow uptake for its A319neo, the 737 MAX 7’s direct competitor, of which just 55 had been sold, according to Airbus’ orders figures.

The 737 MAX 7 getting airborne was followed by the first customer 737 MAX 9 delivery to the Lion Air Group following the variant’s certification by the US Federal Aviation Administration and the European Aviation Safety Agency. The initial aircraft, HSLSH (c/n 42991), was delivered to Thai Lion Air. Lion Air was the first 737 MAX 8 operator last year and the group has ordered 201 737 MAX family aircraft in all.

With this delivery, attention now turns to testing and certifying the baby 737 MAX and completing development work on the 737 MAX 10, which is due tofly in 2020. The 737 MAX 200, of which Ryanair has ordered 100, is also due for service entry that year. Mark Broadbent