The baby Mustang you could build in your back garden

It may not have been ground breaking, but it was one of the first and most popular aeroplane kits that aviation enthusiasts could build in their back garden.

Model building has been a popular hobby for years and years. Dating back to as early as the 1800’s, working and scale models - from trains to fairground rides - have been designed and developed for those who share an affiliation for one of the world’s favourite pastimes. One of the most popular models to build? Kit aircraft; the kits that allow model builders to construct a full-sized and working aeroplane in their back garden.

One of the earliest and most popular designs of kit aeroplanes is the RV-3. Developed by Van’s Aircraft, the Van’s RV-3 is a single-seat, single-engine, low wing kit with a unit cost of between $22,150. With looks comparable to the P-51 Mustang at such a low price, it’s no wonder that this particular kit aircraft has remained steadily popular since its introduction in 1971. Much like the P-51, the RV-3 features a clipped wing and a similar front landing gear design. While the RV-3 does not incorporate a tail gear, it is also smaller and boasts a 2-blade propellor instead of the 4-blade one of the P-51 (more blades are generally required to efficiently utilize the increased power and produce thrust, which of course the RV-3 did not need).

Van’s Aircraft began to design their range of amateur-built aircraft in the 1960’s upon watching the success of the Stits Playboy aeroplane. While the Van’s RV-1 was the first direct modification of the original Playboy, the RV-3 later improved on the specifications. The designer, Richard VanGrunsven (A.K.A Van), experienced flying in the Playboy and originally started out on the design of the RV-3 as an attempt to maintain the Playboy's layout and concept, but to improve it in every regard. The RV-3 was designed to have light handling, aerobatic capabilities, fast cruise speeds, and short field STOL capabilities. It was during this design process that Van coined the term ‘Total Performance’ as an attempt to describe his objective. What did that mean? Well, Van wasn’t trying to build the fastest airplane, nor one with the shortest take-off roll, nor one that would win an unlimited aerobatics title. He set out to achieve an airplane that was “very good” at as many things as possible - even if it wasn’t necessarily the absolute best in any single category. 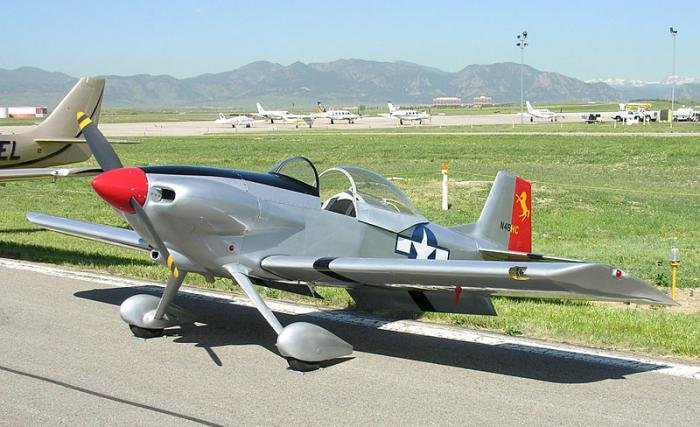 And with the resulting design and consequential performance of the RV-3, that’s exactly what Van accomplished. It had an powerplant of between 100-160 BHP, a top speed of over 200 mph and a 23,500ft ceiling at 150 BHP. Of course, the RV-3 is only a single-seat aircraft, but as it was designed as a sport aeroplane, the specifications it is able to achieve have caused it to be considered as a capable cross-country traveller. On the Van Aircraft website, the design is described as follows:

“The climb rate is exhilarating. In the air, the RV-3 is a joy. The controls are smooth, powerful, and almost perfectly harmonized. Sport aerobatics are delightful. Flying an airplane that handles this precisely and easily is a new experience for pilots used to flying production airplanes – and even to some used to flying fighters…”

For most aviation enthusiasts, what could be better than flying their own aeroplane? And what makes such an event even more remarkable is when the aeroplane has been built by themselves. The Rv-3 introduced a brand new generation of model building which allowed enthusiasts to do just that. Yes, it is a kit that will set you back $22,000, but the sheer fact alone that such a machine can be built in your back garden pretty much makes up for the small hole it will burn in your pocket. And the resulting flight experience? It may not be ground-breaking, but it’s one hell of ride.