In March 2003 the Tornado GR4 Force was in action again over Iraq as part of the US-led coalition that invaded the country and quickly overthrew Saddam Hussein’s regime. Thomas Newdick reflects on Telic GR4 missions with Pete Beilby, then a 24-year-old flying officer. 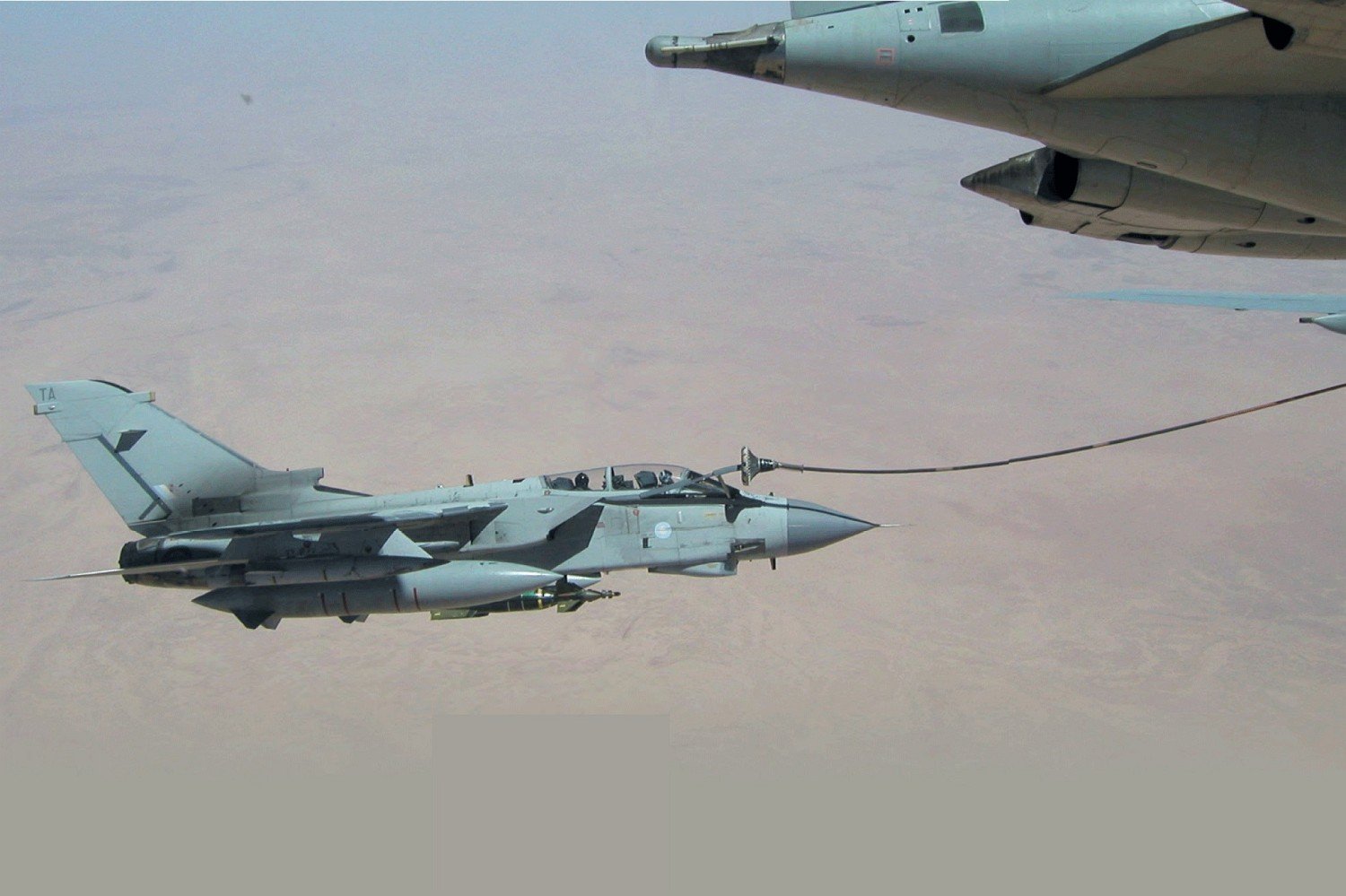 Preparing for the first Storm Shadow mission, a GR4 crew from No 617 Squadron checks the weapon prior to departing Ali al Salem.
Crown Copyright

The RAF deployed 32 Tornado GR4/4As to the Persian Gulf ready for the start of hostilities in March 2003. Nos II(AC), IX(B) and 31 squadrons deployed from RAF Marham, along with crews from No 13 Squadron. Two squadrons from RAF Lossiemouth, Nos 12(B) and 617 squadrons, also went to the Gulf, with the force making up two pooled Tornado wings at Ali al Salem in Kuwait and at Al Udeid in Qatar.