Bad day on the BOXER

Sailing to defend the Republic of China against possible communist attack, the F8F-2 Bearcat fighters deployed on the USS Boxer found themselves in a life-or-death situation 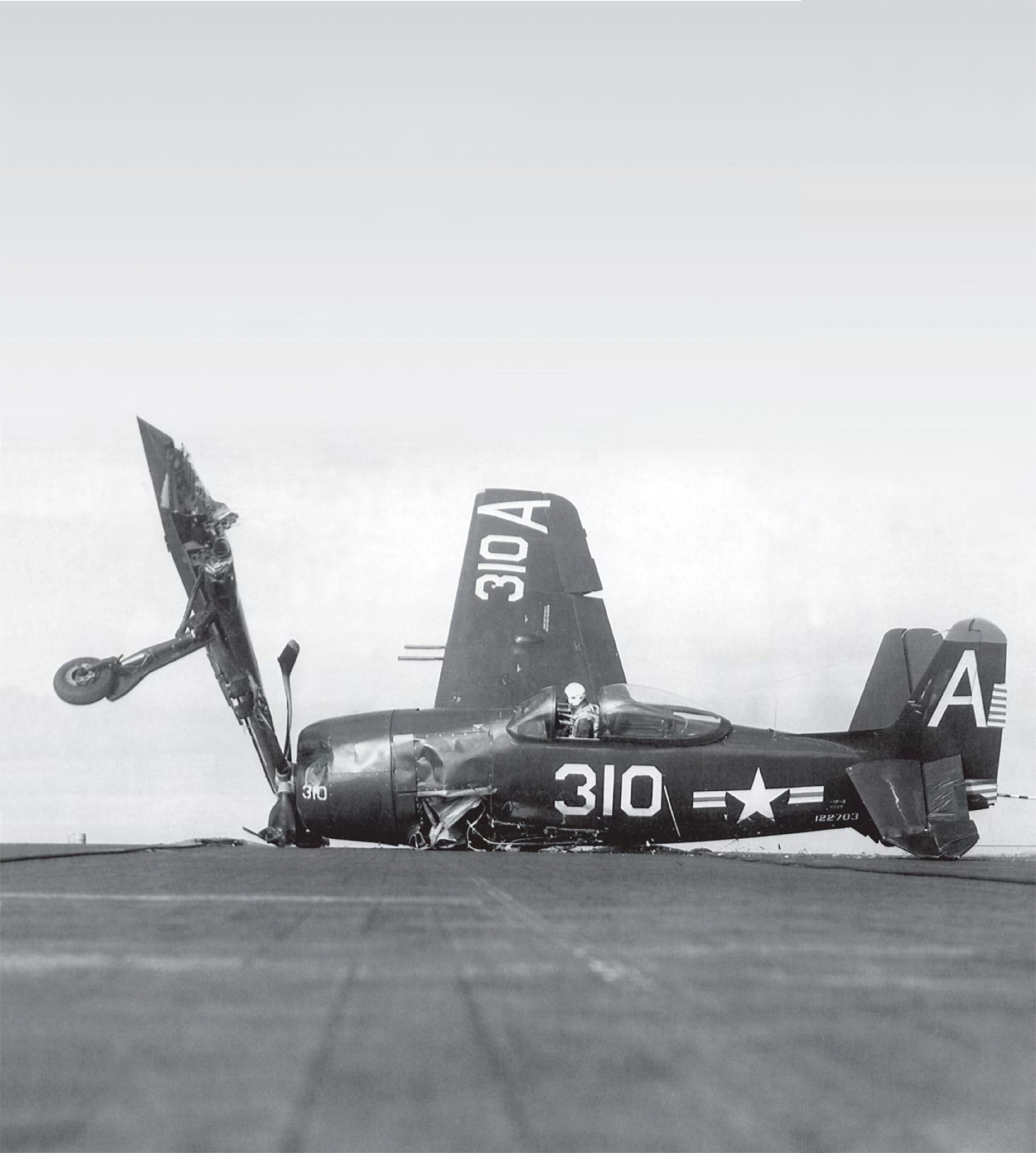 F8F-2 BuNo 122703 caught the USS Boxer’s rising deck in the wave swells on 16 January 1950. The aircraft was damaged beyond repair.
BILL BARRON VIA WARREN E. THOMPSON

Too late for World War Two, not suitable for the Korean War, Grumman’s impressive F8F Bearcat never had the chance to match the combat feats of its predecessors.