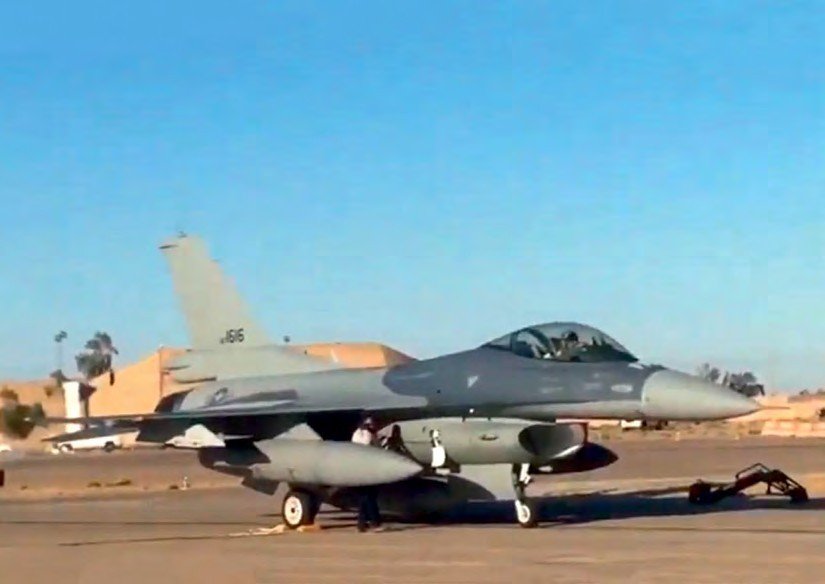 New Iraqi Air Force F-16C 161 on the ramp at Balad Air Base shortly after arrival on November 18.
IqAF