For the first time, Europe played hostto all three of the Air Force GlobalStrike Command’s strategic bomberssimultaneously this June. ThomasNewdickreports from RAF Fairford.

AFGSC IN THE UK 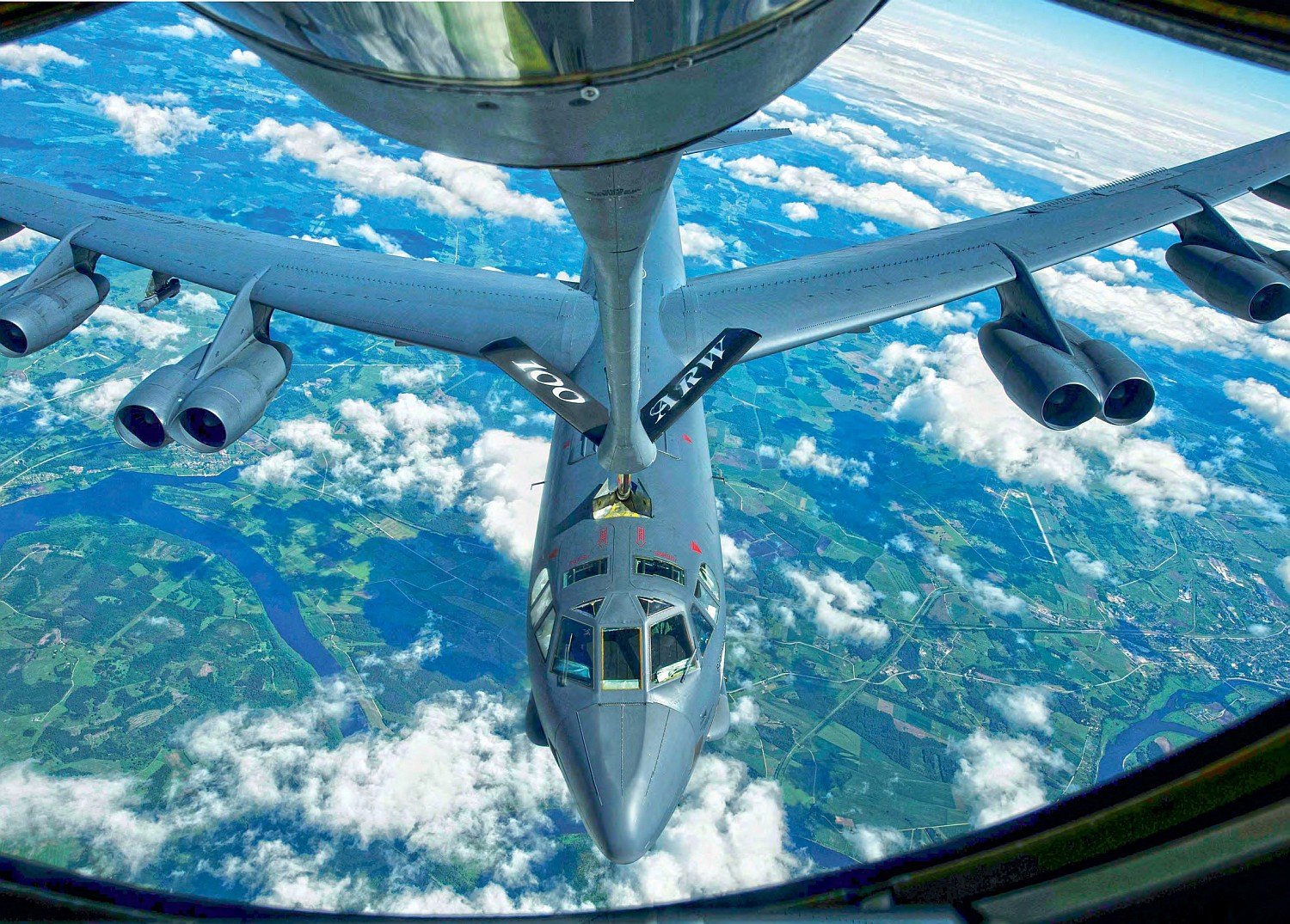 A B-52H tops up from a 100th Air Refueling WingKC-135R during BALTOPS 2017 over Latvia on June14. The Stratofortress crew was assigned to the 2nd Bomb Wing.
USAF/Staff Sgt Jonathan Snyder

FOR LT Gen Richard Clark, theThird Air Force and 17th ExpeditionaryAir Force commander, the relevance ofthe latest US Air Force bomber deploymentto Europe was beyond doubt. “We havethe full complement of the US strategicbomber force in the European theatrefor the first time,” Clark told media anddignitaries gathered at RAF Fairford, Gloucestershire on June 12. The line-upof eight bombers – two B-2As, three B-1Bsand three B-52Hs – and almost 600 airmenrepresenting the global strike mission, was in the UK to “demonstrate how ourteam of allies rapidly amass at a timeand location of our choosing to deter anddefend against any possible aggression,”added Clark. “The bomber team beforeyou today confirms the credibility ofour forces to address a global securityenvironment that is more diverse anduncertain that any time in our history.”