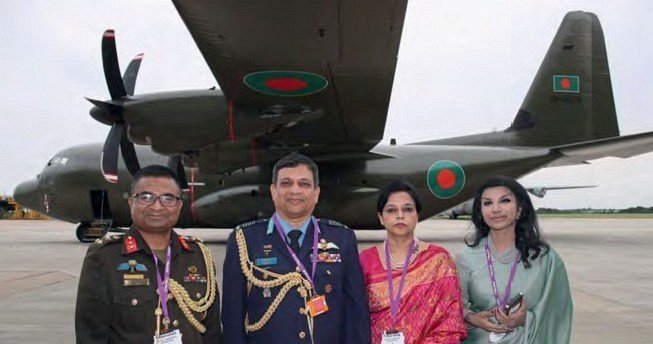 MARSHALL AEROSPACE and Defence has unveiled the initial former Royal Air Force C-130J Hercules C5 for the Bangladesh Biman Bahini (Bangladesh Air Force, BAF). The ‘short-bodied’ Hercules, serial 99-5497/S3-AGE (c/n 382-5479, ex ZH881), was rolled out at Marshall’s Cambridge facility during an official ceremony on July 22. The British firm is carrying out comprehensive depth maintenance and modifications on five C-130Js for the BAF. Enhancements include avionics upgrades and provision of medical evacuation and passenger transport capabilities.