Following the release of the AAIB's preliminary report, Key.Aero analyses the two other occasions when this has happened to a Dreamliner

The nose-gear incident involving a British Airways Boeing 787 Dreamliner at Heathrow last month was the third of its kind involving the type.

In a special bulletin published by the UK Air Accidents Investigation Branch, investigators reported that the nose landing gear was retracted after engineers failed to properly install a locking pin during a maintenance procedure.

The retraction caused damage to the lower nose, nose landing gear doors and engine cowlings of G-ZBJB (c/n 38610), an eight year old 787-8. Door two left also struck the top of the mobile steps and was ripped off as a result. 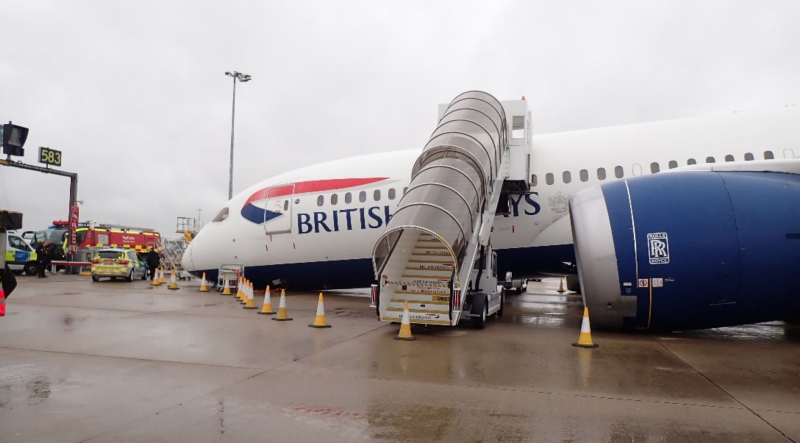 It’s not the first time this type of incident has occurred. The earliest is believed to have involved an Ethiopian 787-8, ET-ASH (c/n 38754) in Addis Ababa. On March 4, 2016, the widebody ended up on its nose after maintenance personnel reportedly attempted to cycle the landing gear.

The Rome-bound jet had completed boarding and the incident resulted in one member of the cabin crew experiencing minor injuries.

The second nose-related incident occurred two years later during March 2018 and involved a 787-8 owned by Korean Air. N507BJ (c/n 41987) was bought by the flag carrier to be operated in a VIP configuration for an unknown client.

The GEnx-1B-powered jet was on the ground at Moses Lake/Grant County International undergoing luxury cabin refitting when the incident occurred. According to the AAIB report, this incident was caused by ground personnel installing the downlock pin for the nose landing gear in the incorrect hole – the same reason investigators believe the BA jet experienced a nose gear retraction.

As a result of the first two incidents, Boeing issued a service bulletin (SB) on March 12, 2019 which provided instructions to operators to install an insert into the adjacent hole to make improper installation of the locking pin impossible. 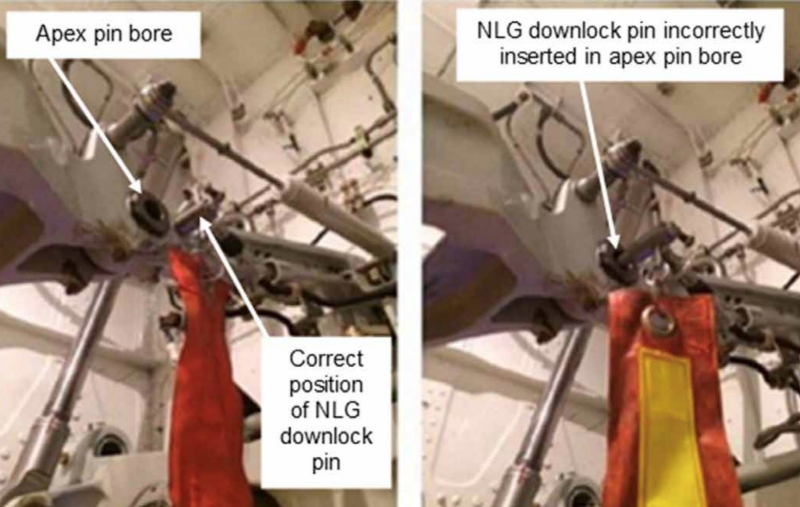 The SB was subsequently mandated by the Federal Aviation Administration under an Airworthiness Directive (AD) published on January 16 last year. The directive had a compliance time of 36 months from the date of publication and the operator was yet to complete the work on the incident aircraft.

The FAA estimates the cost of completing the required work per aircraft to be $1,990 which comprises $170 in labour for two hours work, and $1,820 in parts. The total cost for US operators is estimated to be $145,270.

In response to the AAIB’s report, a British Airways spokesperson told Key.Aero that, “safety is always our highest priority,” and “we are working closely with the AAIB on the continuing investigation.”