Battle of Bodenplatte and Flying Circus

The producer of IL-2 Sturmovik, Jason Williams, has revealed the future roadmap for the modern IL-2 Sturmovik product line. Included in a very detailed statement, among other things and of particular note, was the announcement of two titles: ‘Battle of Bodenplatte’ and ‘Flying Circus’. 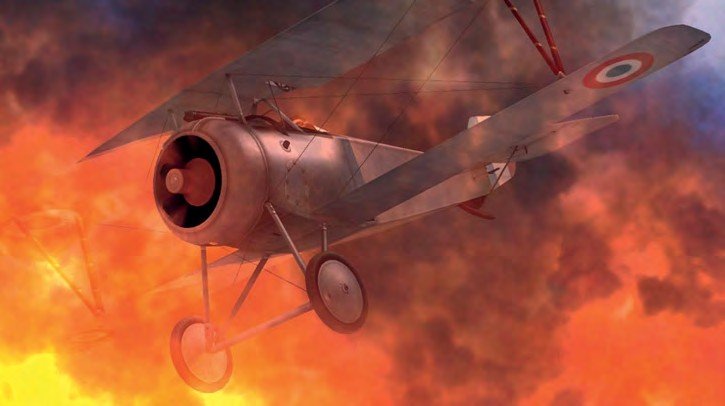 Operation Bodenplatte was an attempt by the Luftwaffe to cripple Allied air forces located in the Low Countries. This was a surprise attack on Allied airfields, which took place on January 1, 1945. Although it was an ‘operation’, according to the developer: “For continuity’s sake, this package is being called a battle. Battle of Bodenplatte will explore the air war near the end of 1944 and into 1945. This late-war setting offers a wide variety of classic fighters and fighterbombers for you to fly including some of the hottest piston-powered aeroplanes to ever grace the skies. In addition, we’ll introduce our first jet aircraft.”

You can pre-order Battle of Bodenplatte from the IL-2 Sturmovik store at https://il2sturmovik.com/store/battle-of-bodenplatte/. As always this will give you access to early access and a Pre-Order discount. The pre-order price is $69.99 (£52 approx).

As part of the IL-2 Sturmovik roadmap, producer Jason Williams also gave details about ‘Flying Circus’, which, he said, ‘will finally give Rise of Flight customers a new way forward into the future.’ He added, ‘The eventual goal is to essentially re-build ROF inside of the Sturmovik universe and give World War One all the latest technology like VR, 64-bit, DX11 and improved visuals.’ They will start by focusing on re-furbishing ten of their existing World War One aircraft and provide a partial map of France to fly and fight over. Subsequent Flying Circus products will further expand content and they will be working to integrate Flying Circus into the Campaign and Career systems over time. Volume I is the first step. If Flying Circus proves popular, the developers say they will eventually start producing new aircraft.

Pre-Orders for Flying Circus will be available during the first half of 2018.