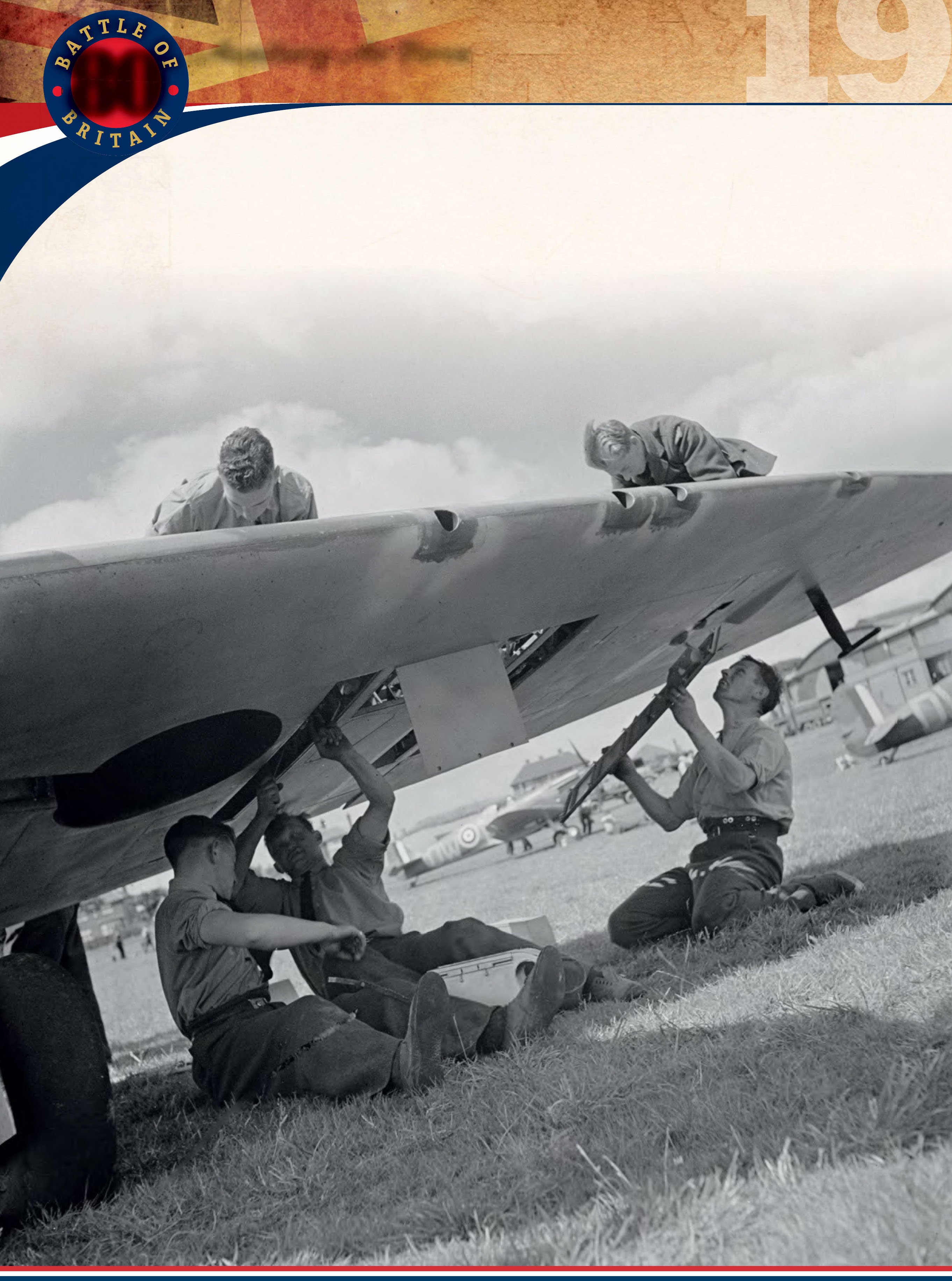 A vital task performed by the groundcrew was rapidly rearming fighters for the next scramble. These armourers are preparing four of the eight .303 Browning machine guns on a 610 Squadron Spitfire Mk.I at Hawkinge, on July 29, 1940.
FOX PHOTOS/HULTON ARCHIVE/ GETTY IMAGES

For the Auxiliary Air Force’s 610 (County of Chester) Squadron, the middle of August 1940 was destined to be remembered as a time of particularly intense air combat. Earlier the same year, from the end of May, the unit had clashed with the Luftwaffe during the Dunkirk evacuation. But while desperately protecting vulnerable ships and soldiers on the beaches, 610’s lack of combat skill – and obsolete RAF tactics against a battle-hardened force – proved to be a lethal combination. Despite making 14 claims against enemy aircraft, 610 had seven pilots killed or missing and one wounded in just four engagements, while operating from Gravesend, Kent. It underlined the ruthless reality of aerial warfare and the ominous task facing RAF Fighter Command when the Luftwaffe focused on Britain.