Battle of Britain at 80: The Many Behind the Few

Day after day, night after night, they toiled: the men and women employed in Britain’s aircraft factories, another ‘front line’ of the battle, braving the threat of enemy attack to ensure the RAF’s combat losses were made good. It was the result of a degree of governmental industrial planning seldom seen in the UK — but how did it come about, what consequences did it have, and how effective was Lord Beaverbrook as Minister of Aircraft Production? Using archive government papers, we investigate 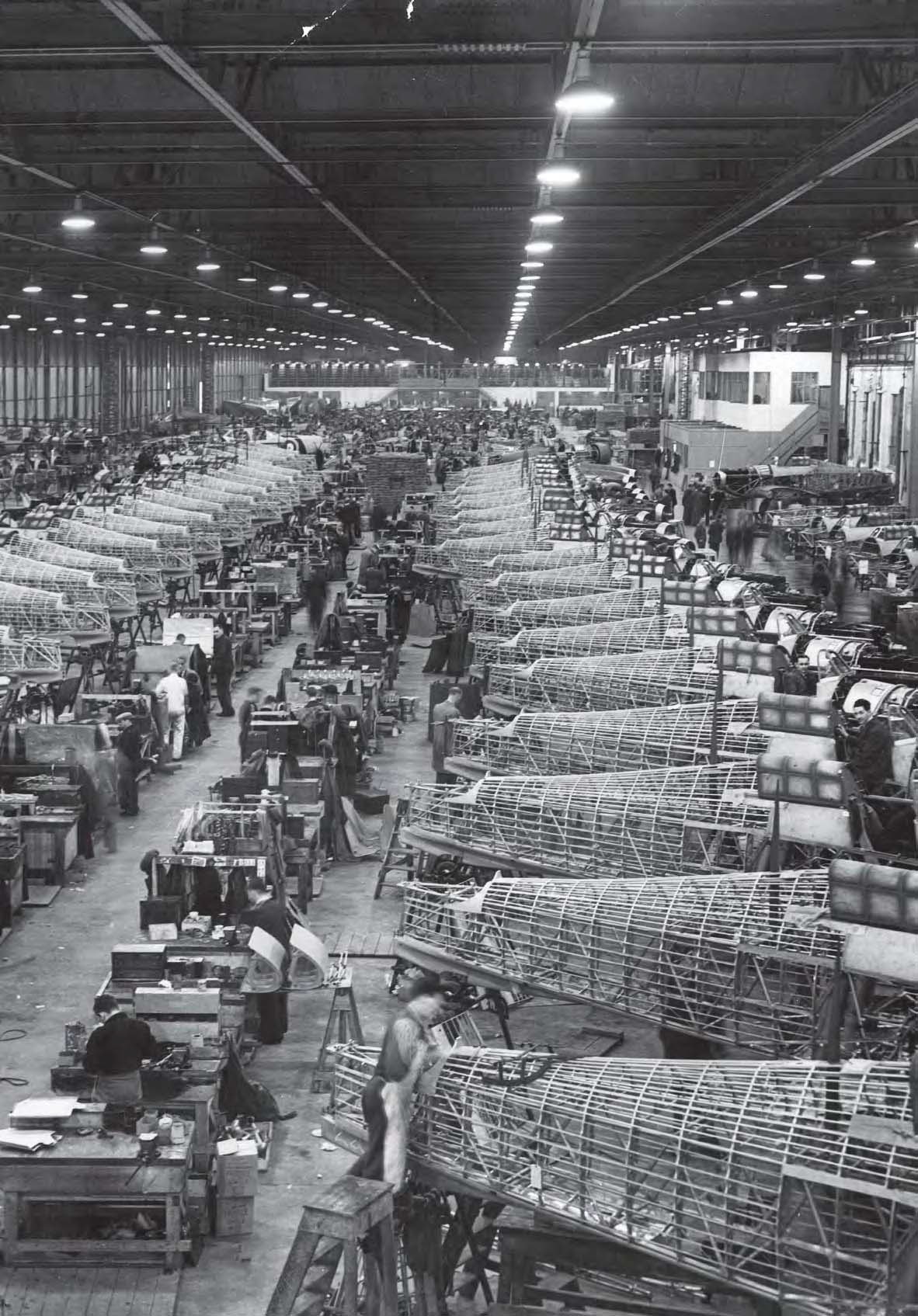 Hurricane production in full swing at Gloster’s Brockworth factory, which eventually turned out 2,750 examples of the type. This image is believed to date from the Battle of Britain period — a makeshift pillbox can just be seen in the centre of the hall.
VIA MATTHEW WILLIS

British fighter production held up well during the Battle of Britain. There was never a shortage of the aeroplanes the RAF needed to deny the Luftwaffe air superiority. From the beginning of August 1940, the number of available fighters never fell below 700. From September, deliveries outstripped losses. Britain’s factories outmatched the industrial might of Germany.