Messerschmit ’s Bf 110 was the Luftwaffe’s much-vaunted twin-engined heavy fighter during the Battle of Britain. Malcolm V Lowe examines this warplane’s hard-fought combat activities during the summer of 1940 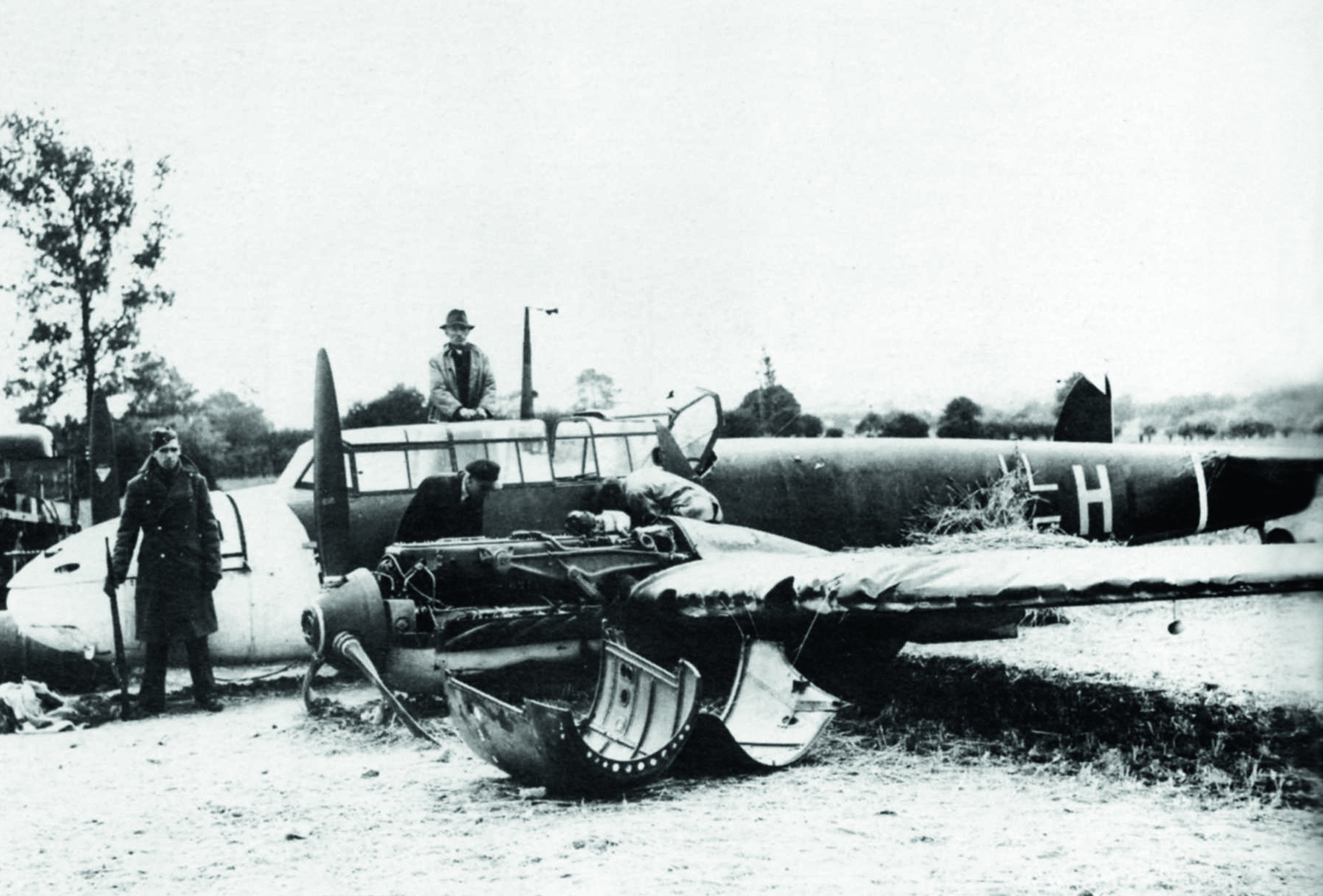 A downed Bf 110C of I./ZG 26, coded U8+HL. More than 220 Bf 110s are accepted as having been lost during the battle, although the type had a relatively good configuration for an emergency belly landing, as this image proves.

Conceived during the 1930s and enthusiastically promoted at the time of its creation, the Messerschmitt Bf 110 swept away all before it in the early days of the war, until it met with determined and well-equipped fighter opposition during the Battle of Britain (BoB). In subsequent years, the type served successfully as a day-fighter in other theatres and as a formidable radar-equipped night-fighter.