Many veterans and their families were present for the flypast by the Battle of Britain Memorial flight this week.

The ceremony, which paid tribute to some 57,000 Bomber Command personnel who were killed during the Second World War, was held at International Bomber Command Centre in Lincoln on Wednesday.

Formed on July 14, 1936, the command was initially brought in to act as a deterrent, and eventually went on the offensive to help Britain in the Second World War. The public service of commemoration was held exactly 85 years after the the formation of Bomber Command.

During the service, veterans and other attendees were witness to a C-47 Dakota flypast over The Spire monument. As the primary focus of the service was held, The Spire played host to many speakers, with speeches and appearances from various veterans as well as the CEO of the IBCC, Nicky van der Drift. 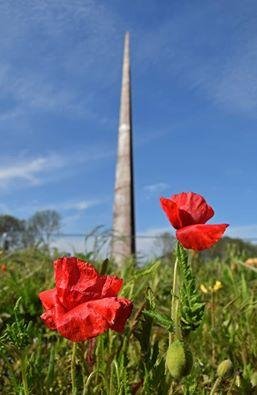 International Bomber Command Centre was opened in January 2018. Overlooking the historic city of Lincoln, the centre aims to tell the story of Bomber Command to future generations and is a place to pay respects to all those who lost their lives in service of their country. The Spire marks the centre of the memorial, with the Walls of Names in place around it, each etched with the many thousands of names of the men who died during the war effort. To show your support to International Bomber Command Centre, and to keep the legacy of these men alive, you can donate to the cause here.