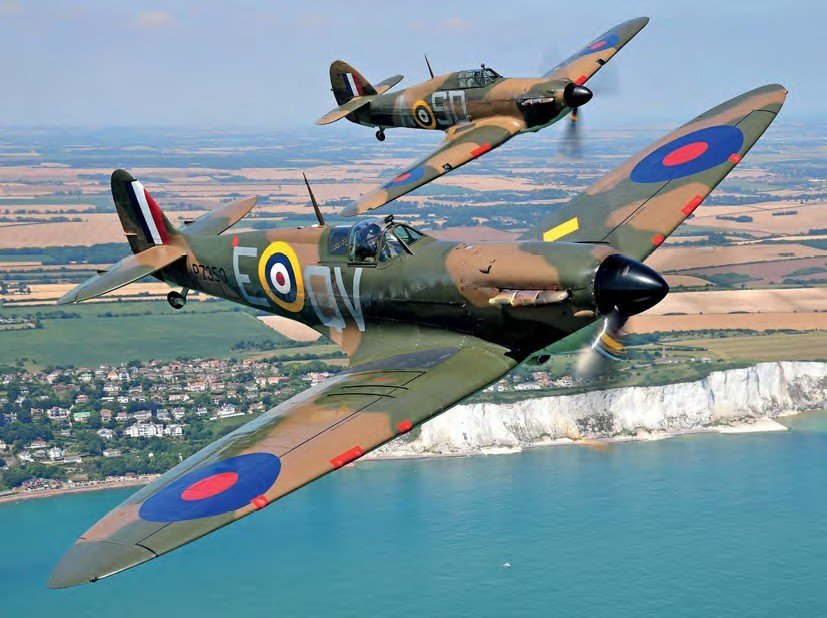 Spitfire IIa P7350 and Hurricane IIc LF363 showing their new codes off the coast near Dover on 9 July.
RICHARD PAVER 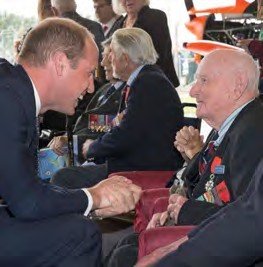 The Duke of Cambridge shaking hands with Henry Townsley, a former No 97 Squadron Lancaster flight engineer, during the BBMF 60th anniversary celebration at Coningsby.
MoD 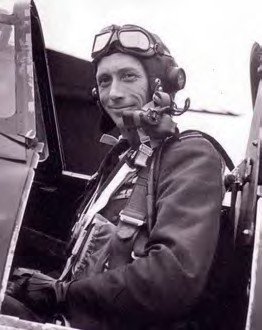 THE 60th anniversary of the founding of what became the Battle of Britain Memorial Flight was celebrated at RAF Coningsby on 11 July in the presence of some 60 World War Two RAF veterans and HRH the Duke of Cambridge, patron of the flight and honorary air commandant of the Lincolnshire base.

It was on 11 July 1957 that three Supermarine Spitfire PRXIXs, PM631, PS853 and PS915, were flown from RAF Duxford to Biggin Hill, where they joined Hawker Hurricane IIc LF363 to become the RAF Historic Aircraft Flight. Following the acquisition from the Air Historical Branch of Avro Lancaster I PA474 during 1973, the unit’s name was changed to the Battle of Britain Memorial Flight (BBMF).

During the celebrations the BBMF flew a commemorative Lancaster/two-Spitfire/ two-Hurricane ‘Thompson’ formation named in honour of Wg Cdr Peter Thompson DFC, who was primarily responsible for the formation of the Historic Aircraft Flight while he was station commander at Biggin Hill in 1957. After gaining his wings during the summer of 1940 at the age of 20, on 21 September that year Thompson was posted to No 32 Squadron at Croydon flying Hurricanes. He damaged three Messerschmitt Bf 109s during October/November, and a Dornier Do 17 on 21 March 1941. During a distinguished career in the Mediterranean theatre Thompson shot down a Macchi MC200 and two Savoia-Marchetti SM79s, and damaged several other enemy aircraft. In July 1944 he took command of No 129 Squadron at Ford, Sussex flying North American Mustangs, and destroyed three V1 flying bombs and damaged two others. Thompson stayed on in the RAF after the war, retiring in September 1975.

For the 60th anniversary, Hurricane IIc LF363 and Spitfire IIa P7350 have been painted with the codes worn by the aircraft of four surviving Battle of Britain pilots. The starboard side of the Spitfire wears the QV-E codes of Ken Wilkinson’s No 19 Squadron machine, with Geoffrey Wellum’s No 92 Squadron markings, QJ-G, on the port side. The Hurricane has the SD-A codes as worn on the No 501 Squadron aircraft flown by Paul Farnes on the starboard side, with GN-F, representing Tom Neil’s No 249 Squadron aeroplane, to port.

Sqn Ldr Andy Millikin, officer commanding the BBMF, commented: “This is an opportunity that will not be available forever, so we have seized the chance to commemorate some of the remaining ‘Few’ in this way. It is an overt way of our generation thanking theirs for their sacrifices.”