BELARUSIAN AIR POWER ON THE ROAD

From August 21-25, the Russian Federation and the Republic of Belarus staged a joint exercise that concluded with road operations by a range of front-line types. 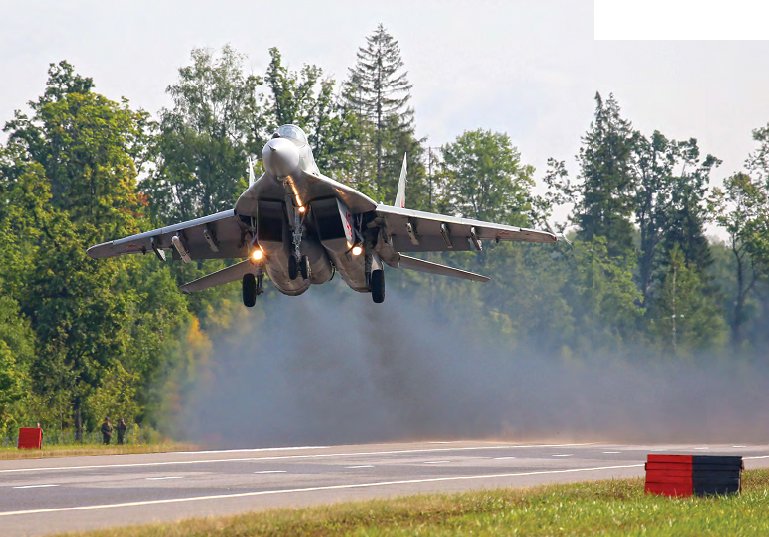 A Belarusian MiG-29 rapidly gets airborne from the 3,100m airstrip prepared on the M-4 highway. It carries a single R-73 air-to-air missile training round under the right wing, and a centerline fuel tank. 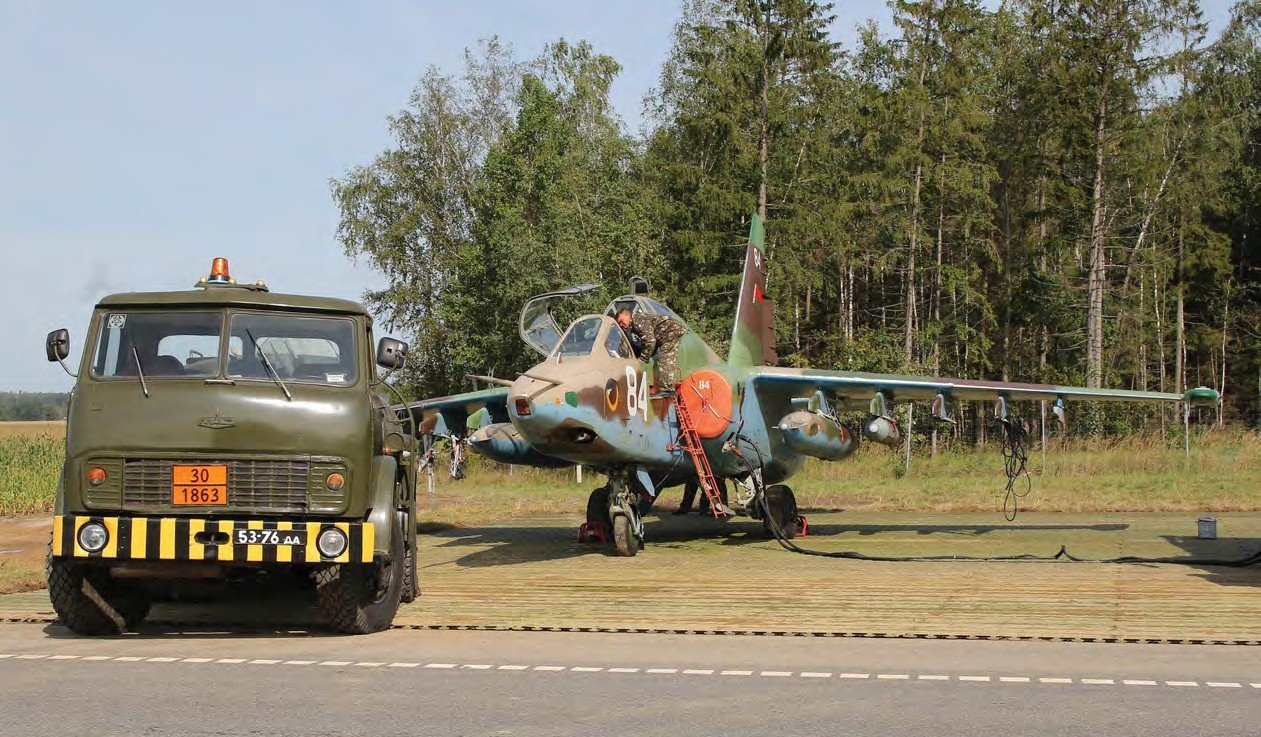 A Su-25UB combat trainer from the 116th Attack Aviation Base is turned around between sorties. As well as servicing and refueling, the groundcrew were responsible for loading weapons on the jets — in this case, unguided bombs. 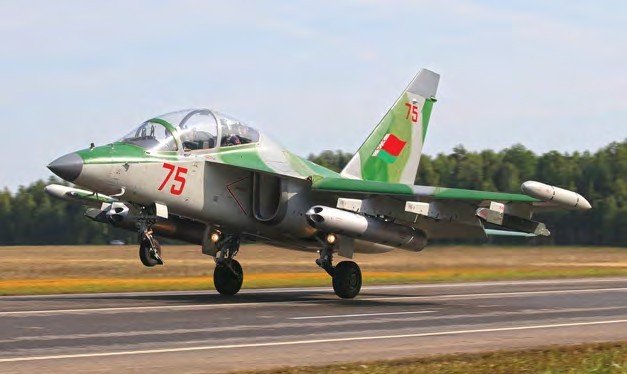 The Yak-130 advanced jet trainer and light attack aircraft is among the newest assets in the Belarusian Air Force and Air Defense Corps. This example carries a pair of five-round pods for 130mm heavy air-toground rockets.

DESCRIBED AS AN ‘operational-tactical’ exercise, the joint Russian-Belarusian maneuvers were a prelude to the largescale ‘Zapad-17’ strategic exercise that began in September and was held in Belarus, Kaliningrad Oblast and other areas of north-western Russia. As well as involving special forces, the preceding tactical exercise tested the efficiency of the single regional air defense system that is maintained by Belarus and Russia to ensure the military security of the two states. This involved testing the preparedness of their respective aircraft for combat use.