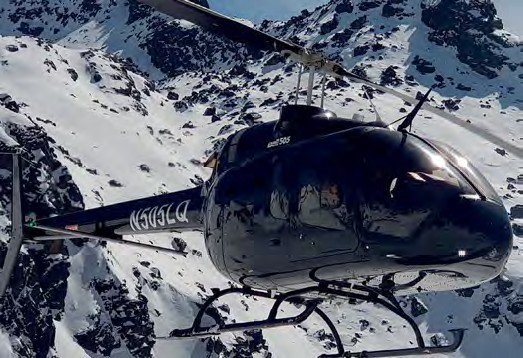 BELL ANNOUNCED on June 4, 2019, that its Bell 505 Jet Ranger X helicopter has achieved type certification for operations at up to 22,500ft density altitude, following recent trials in Nepal.

The trials, conducted in the northern hemisphere spring, included several take-offs and landings at density altitudes between 18,000 and 18,500ft, as well as some landings performed with a simulated loss of hydraulic boost to the flight control systems.

Bell 505 and Bell 429 Programme Director LaShan Bonaparte said: “The Bell 505 is the most advanced short, light, single helicopter in the world, and we are proud to bring more performance to our operators’ missions. Highaltitude demonstrations are another testament to the aircraft’s ability to perform in the most demanding environments, across a variety of segments.”

The Bell 505 has also recently gained type certification in Russia and Ukraine.

Bell also announced at the European Business Aviation Conference and Exhibition (EBACE) on May 21, 2019, that it has signed a purchase agreement with Austria’s Hubi- Fly, but did not disclose the number of helicopters it has sold to the company.

At the show, Duncan Van de Velde, Bell’s Managing Director for Europe, said: “We are excited to be showing offthe aircraft during EBACE. We look forward to welcoming more customers to the Jet Ranger family, including Hubi-Fly, and making the aircraft a staple for corporate and tourism flights in Europe.”

To date, Bell has delivered more than 150 Bell 505s to customers around the world and the global fleet has achieved in excess of 13,000 flight hours.