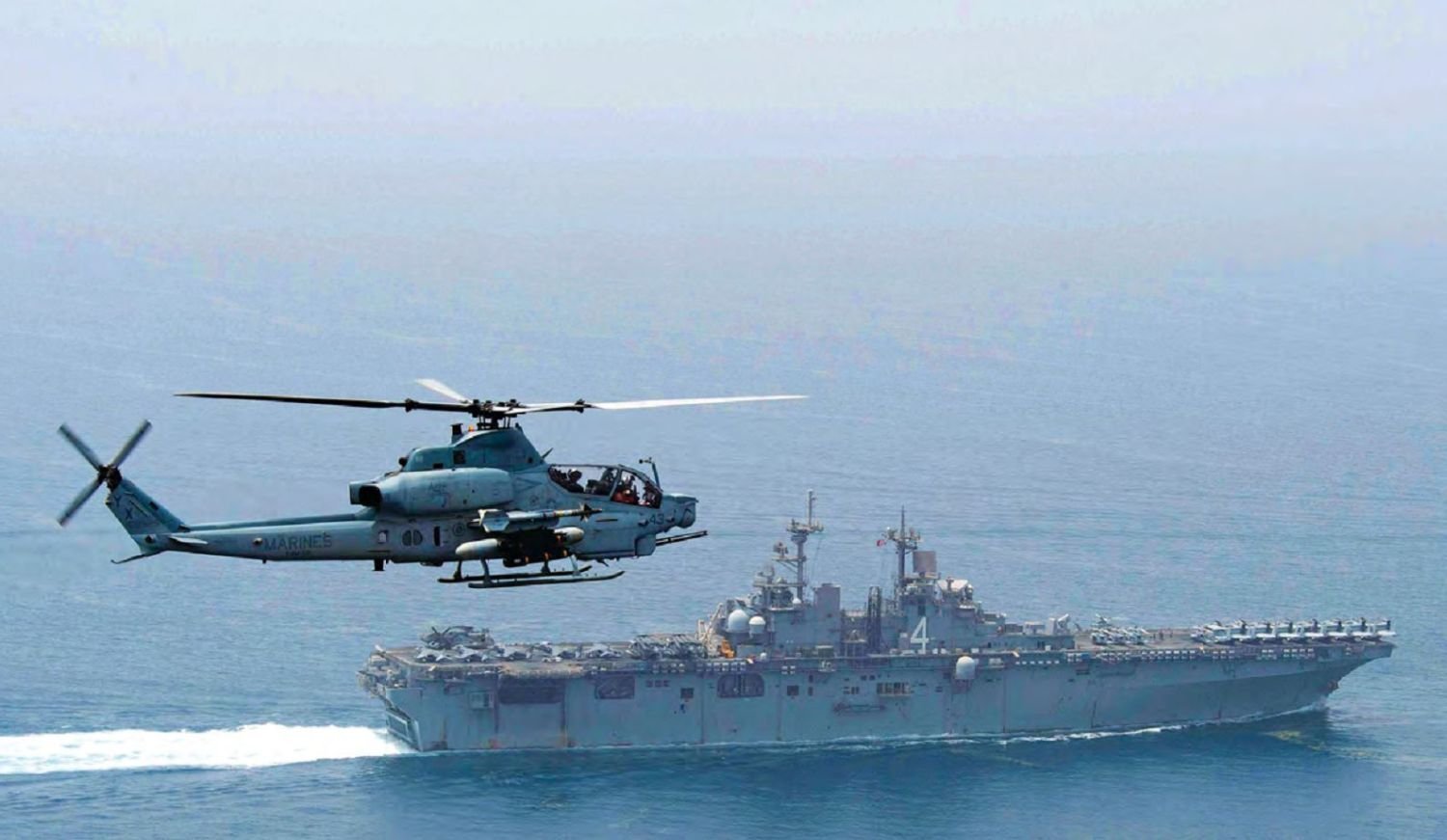 Armed with live AGM-114 Hellfire and AIM- 9L Sidewinder missiles and an auxiliary fuel tank under its starboard stub wing, an AH-1Z assigned to Marine medium tiltrotor squadron VMM-166 patrols above the amphibious assault ship USS Boxer (LHD 4) near the Straits of Hormuz in July 2016. A detachment of Vipers from HMLA- 267 was linked to VMM-166, part of the 13th Marine Expeditionary Unit’s aviation combat element. The MEU was deployed aboard the ships of the USS Boxer Amphibious Ready Group in support of Operation Inherent Resolve.
US Navy/MC3 Craig Z Rodarte

Nearly 50 years have passed since the US Marine Corps began operations with 38 single-engine AH-1G Cobras, borrowed from the US Army in April 1969. Over time, several variants of Bell’s attack helicopter have been used and, today, the Marines field their fifth major version of the attack chopper, alongside the latest variant of the ubiquitous Huey utility helicopter.