Airbus has started integration work on the first Beluga XL, the next generation of the company’s in-house transport aircraft. The Beluga XL’s core airframe is an extract of the A330-200 Freighter that has already been structurally reinforced, and will provide the platform on which the distinctive Beluga airframe will be built.

The core airframe was completed at the end of 2016 and has now been moved to the L34 assembly hall at Airbus’s Lagardère industrial zone, adjacent to the company’s facility at Toulouse-Blagnac, where the integration work is taking place. For the first year of assembly activity, the airframe will be completed at an integration station, with the nose and tail assembly and mechanical and electrical systems installed. For the remaining six months of assembly, the aircraft will move to a second station for ground testing and engine installation. Beluga XL Programme Head Bertrand George said: “The number of holes to be drilled and fasteners to be installed is far bigger than on any other Airbus aircraft.”

Airbus is going to build five Beluga XLs, which will replace the current Belugas, the first of which entered service in 1995. First flight for the XL is scheduled for 2018 and service entry in 2019.

The XL will be wider and longer than today’s Beluga, giving an increased cargo capacity of 53,000kg (116,845lb) compared to the maximum 47,000kg (103,616lb) payload of the current aircraft. Airbus says the XL fleet will collectively provide an additional 30% air transport capacity over the existing Belugas and support the company’s plans to ramp-up production of its various models. 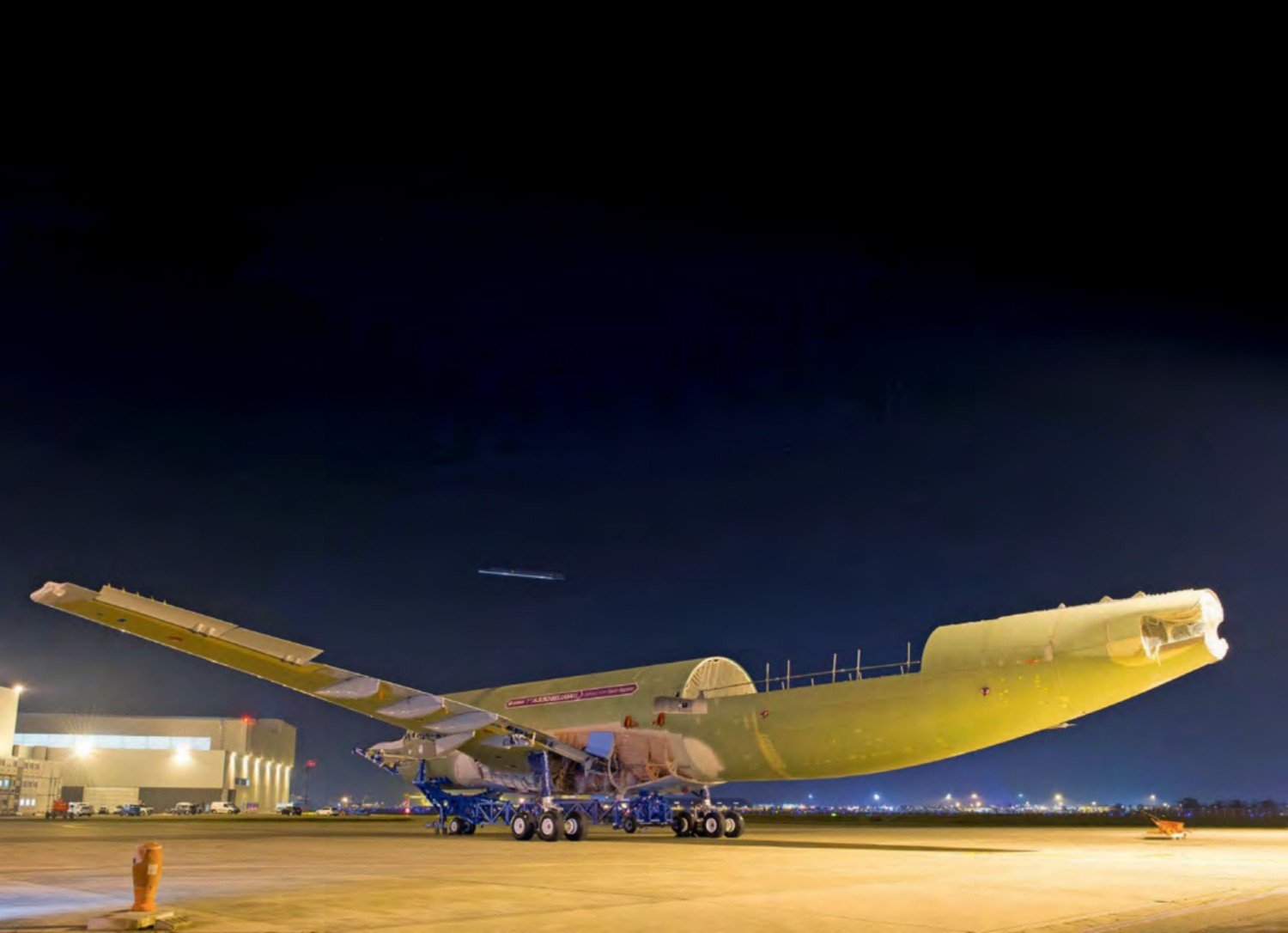 Elements of the Beluga XL core airframe are taken to Airbus’s L34 hangar at Toulouse for the start of integration for the first aircraft. H Goussé/Airbus