The first of five Beluga XL transport aircraft was rolled out early in January. Final assembly work on the initial example of Airbus’ new in-house transport aircraft began last year, with major assemblies for the aircraft arriving in southern France from suppliers Stelia Aerospace, Aernnova, Aciturri and Deharde with P3 Voith Aerospace. This initial aircraft is expected to be flying by mid-2018.

Ground testing will now take place on the aircraft, as well as bench tests in Toulouse and Hamburg, Germany. The ground tests will include using hydraulic jacks on full-scale copies of specific joints between the new upper bubble and the lower fuselage to simulate typical flight loads.

The second A330 to be converted into a Beluga XL has arrived on schedule in Toulouse to begin its integration process. Airbus said lessons learned from the production of the first transporter mean it expects the assembly time for the second jet to be about two months shorter.

Five Beluga XLs are scheduled to enter service with Airbus, replacing the current Beluga fleet, to transport completed sections of Airbus aircraft to the European production sites and final assembly lines in France, Germany and Spain. 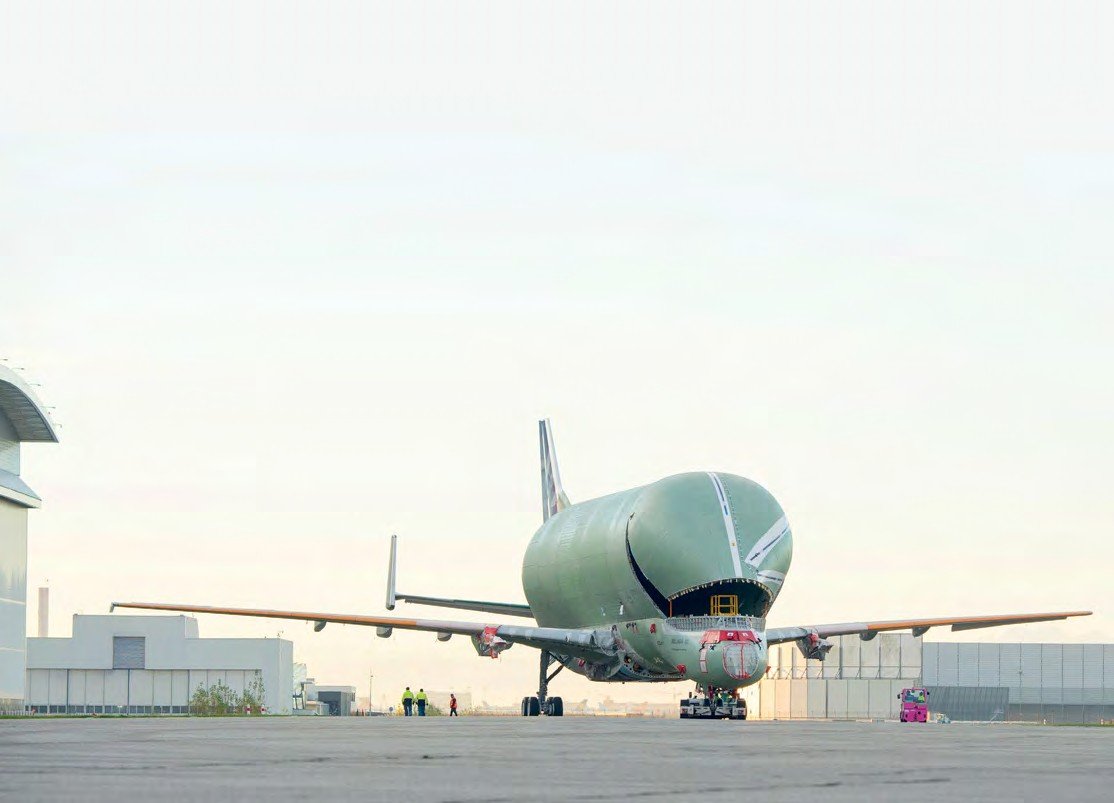 The initial Beluga XL at Toulouse following roll-out. With 6,000kg (13,227lb) more payload capability than the current Beluga, this aircraft will be able to transport both wings of an A350 at once, instead of the single wing accommodated on the current aircraft.
P Masclet/Airbus