Berlin Tegel memorabilia and equipment goes up for auction

Fancy a snowplough? Well now’s your chance because the operator of Berlin’s airports is selling them

Following its closure on November 8 last year, the operator of Berlin Tegel airport has auctioned hundreds of items previously used at the site.

Since the end of January, Hamburg-based auction house Dechow – which previously conducted the sale of Air Berlin’s assets – has been running various lots which have included items ranging from departure lounge seating and screens to snowploughs.

Before you throw your credit card at the screen, there are a few catches to be aware of. Firstly, there is no option to view the items in the flesh before bidding on them. And second, those that cast the winning bid will have to pick up the items themselves – which could prove difficult for international buyers. 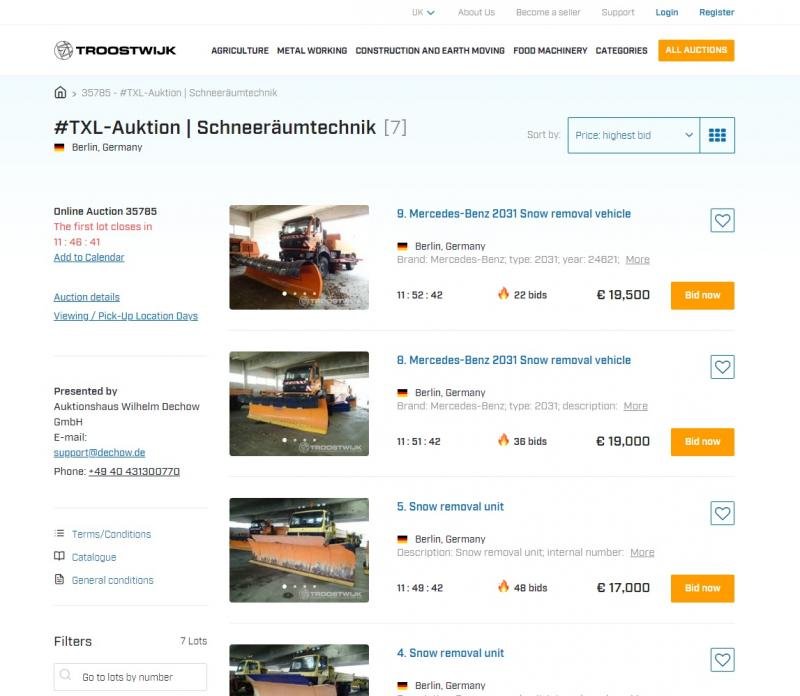 More than 130 lots were sold in the first part of the auction which has now closed. The cheapest item was a two-seater red bench which sold for €190 (£167), while the most expensive lot was a grey four-seater bench, for which the winning bid was €1,055 (£926). 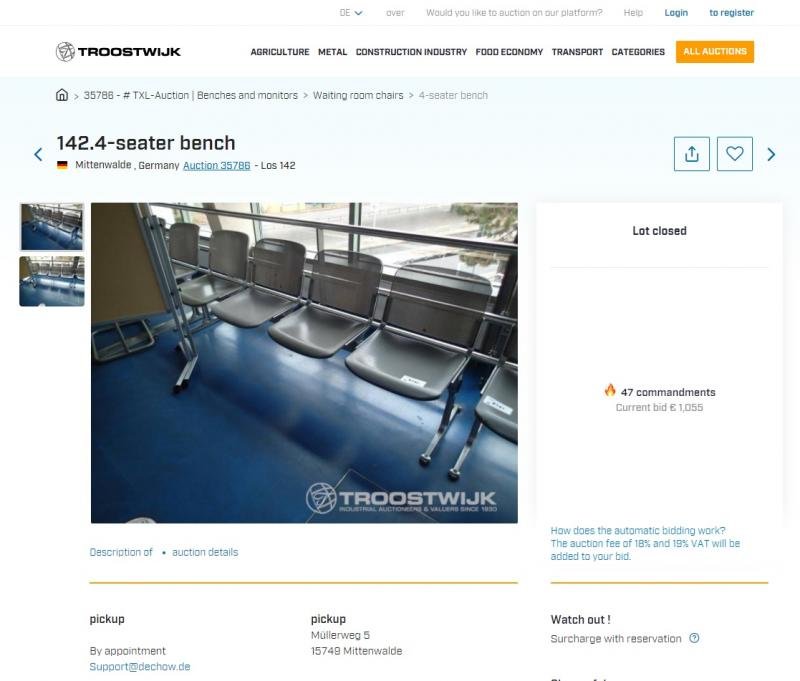 The financial windfall FBB is set to receive couldn’t have come at a better time. The firm has suffered significant losses over the last year because of the COVID-19 pandemic. Last November, it reported that without an increase in traffic levels this year, it would need a €660m (£579m) injection of capital to balance its books.