From robot-built fighters with virtual cockpits to the Mach 6 ‘Son of Blackbird’, the coming years will see the introduction of the most advanced military aircraft ever made.

The F/A-18 Super Hornet is the dominant aerial combat platform for the US Navy. Although the Super Hornets and Growlers (an F/A-18 based electronic warfare aircraft) shouldn’t reach the end of their service life until the 2030s, extensive use means the fleet is burning through their planned flying hours sooner than expected.

In 2012 the US Navy issued a request for information for an F/A-18E/F replacement. The initial request called for a multi-role aircraft capable of supporting and eventually replacing the Super Hornet and Growler, whilst integrating perfectly with the F-35C. The US Navy expressed a desire for the new aircraft to take advantage of an open architecture design, allowing for a range of sensors and weapons to be ‘plugged and unplugged’ depending on the mission profile. A new, advanced propulsion system is also in development, which should give the F/A-XX a combat range of up to 1,000 miles.

Boeing and Northrop Grumman have proposed concepts for F/A-XX, both with a tailless and optionally manned configuration. In an effort to accelerate development it has cut remaining Super Hornet orders and diverted funding to the project.

A 2015 announcement by Secretary of the Navy, Ray Mabus, suggested that the new aircraft should be optionally manned. As a result the F/A-XX, confusingly now sharing the NGAD (Next Generation Air Dominance) name given to the US Air Force’s 6th generation aircraft, may not be one aircraft but a family of linked platforms.

A pair of Su-57s in flight. This fifth-generation platform would augment the MiG-41 when it enters operational service. Sukhoi

The technological advantage enjoyed by the West over Russia is beginning to wain. Although yet to field a true 5th generation aircraft (the Su-57 Felon lacks some key features such all-round low observability), plans are underway to develop a stealthy long-range bomber, fighter and now, interceptor.

Information on the MiG-41 is scarce: for example, it is unclear if the aircraft will be of a stealthy design, or operate domestically to counter incoming hostile aircraft. Development is due to start towards the end of the 2020s, with provisional entry into service around 2035. The aircraft will likely be based on the current MiG-31 interceptor, but with a top speed approaching – or even in excess of – Mach 3. Although it is unlikely the aircraft will ‘fly in space’ as originally speculated, RSK MiG does intend for ultra-high altitude flight. To achieve this speed and altitude performance, ramjet or turbo-ramjet engines – similar to those used in the SR-71 Blackbird – are thought to be in development. As well as intercepting hostile aircraft, it is believed the MiG-41 will be used to shoot down hypersonic missiles in flight and satellites in orbit above the Earth. To give it a 5th generation edge, the aircraft will feature many of the sensors fitted to the Su-57.

When the aircraft will first fly is unknown; the Su-57 is far from fully developed and many believe Russia lacks the funding to support both projects simultaneously. However, if an existing airframe is modified to suit this requirement, rather than an entirely new design, significant cost reductions could be made. 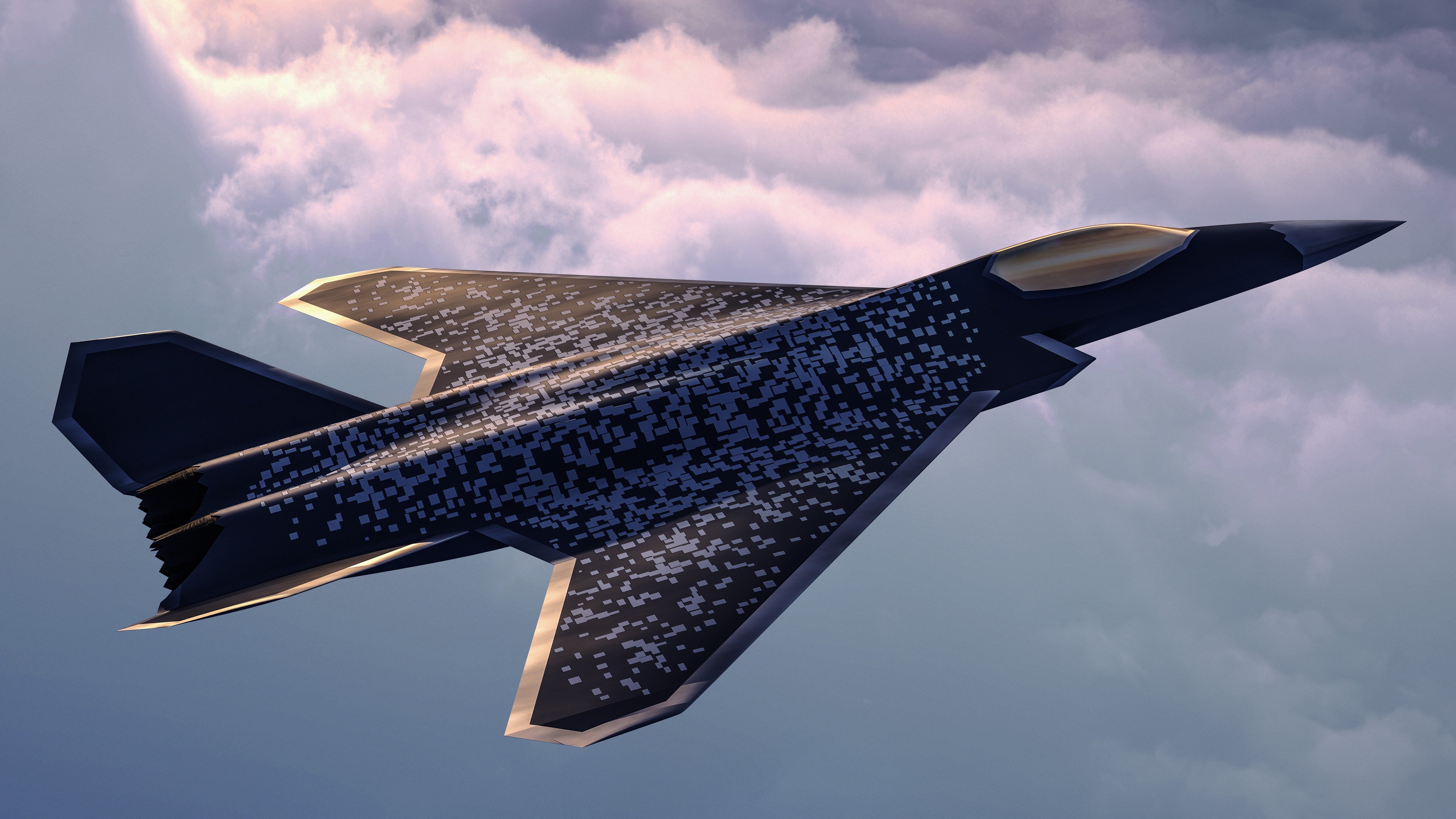 Europe is no newcomer to multi-national aircraft development, with both the Tornado and Eurofighter Typhoon being born out of Western-European collaborations. It is therefore no surprise to discover that there are two 6th generation aircraft being developed by multi-national consortiums. One of these aircraft is the Future Combat Air System (FCAS), designed by Airbus and Dassault Aviation to replace Spanish F-18 Hornets, German Typhoons and French Rafales.

FCAS is being developed in two stages: the New Generation Fighter (NGF) and Remote Carriers (RC). According to Airbus, “The NGF will set the next level of survivability in terms of passive stealth (signature reduction and electromagnetic emission control) and active stealth (electronic counter measures).” The aircraft will also feature an advanced avionics and sensor suite giving unprecedented situational awareness to pilots and commanders. Powerful thrust-vectoring engines will ensure the NGF will still be able to turn and evade should an air-to-air engagement fall into the visual arena.

To accompany the NGF into high-threat environments will be Remote Carriers (RC), smaller unmanned drones designed to act as force multipliers. The smallest of these could be as light as 200kg, ranging to several tons for dedicated wing-man drones. Airbus says these RCs will be able to conduct a full spectrum of tasks from designating targets and ISR, right through to kinetic strikes. The NGF will control the RCs whilst remaining at a relatively safe distance from the target, only entering hostile airspace once the path is clear.

Should FCAS continue as planned, a first demonstrator flight may happen as soon as 2025. 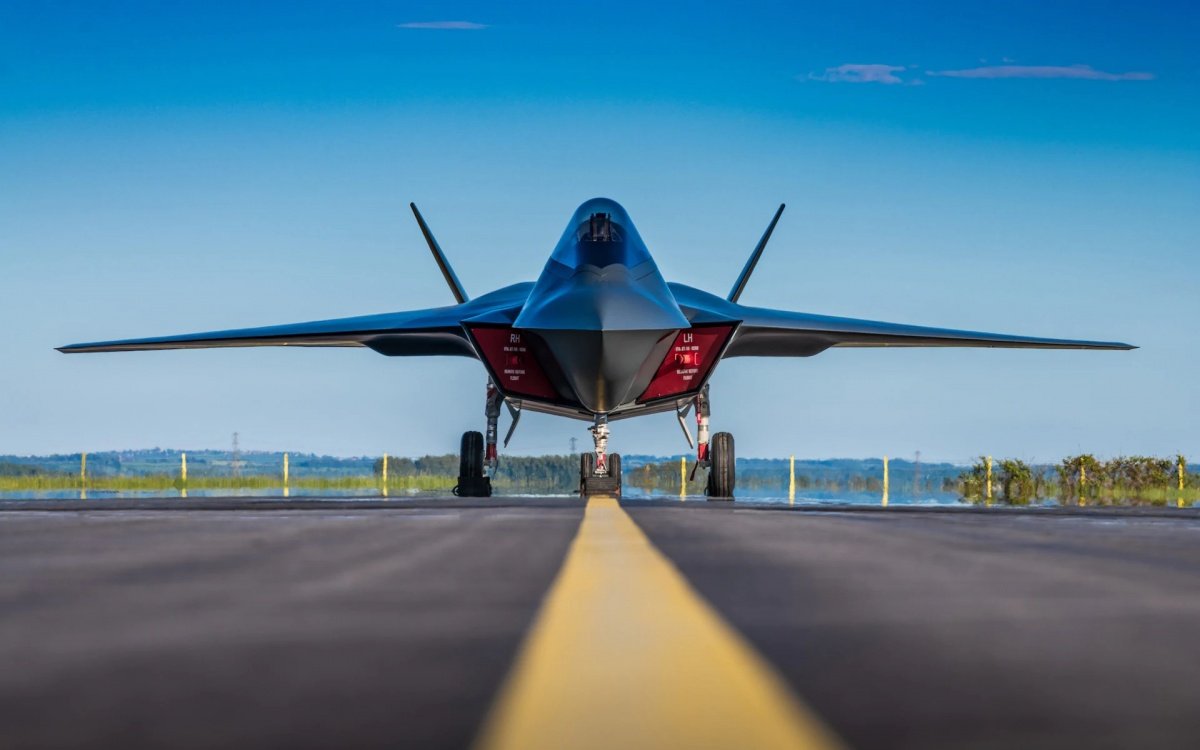 Head on with the Tempest. BAE Systems

The second collaborative European aircraft project is the BAE Systems Tempest 6th generation fighter. Tempest is destined to replace the Eurofighter Typhoons of the Royal Air Force and Italian Aeronautica Militare from the mid-2030s.

Unveiled at the Farnborough International Airshow in 2018, Tempest combines the collective efforts of British and Italian companies under the group name ‘Team Tempest’. BAE Systems, Rolls-Royce, MBDA, Leonardo and the UK MoD are all listed as major contributors to the project, with the British Government pledging £2 billion in funding by 2025. In 2019 Sweden became the first international partner to join the project, with Saab AB as the principle contractor.

Like its European counterpart, Tempest will feature advanced features; low observability, open architecture and control of smaller “swarm” unmanned drones called Lightweight Affordable Novel Combat Aircraft (LANCA). The cockpit is planned to be an entirely virtual environment, using virtual and augmented reality to relay information, as well as monitoring the well being, stress and workload of the pilot. The aircraft will relay information to other assets using a secure communication cloud and use “non-kinetic effectors” such as Electronic Warfare and directed energy weapons to jam and target enemy radar emissions and sites.

Rolls-Royce is working towards a revolutionary propulsion system with a higher thrust-to-weight ratio than previous engines. The engine will also produce an increased amount of electricity to support the demands of Tempest’s sensors.

Finally, a “factory of the future” manufacturing process is being developed to build Tempest using ultra-precise robots, whilst an automated system will monitor maintenance and spare part requirements when operationally deployed. 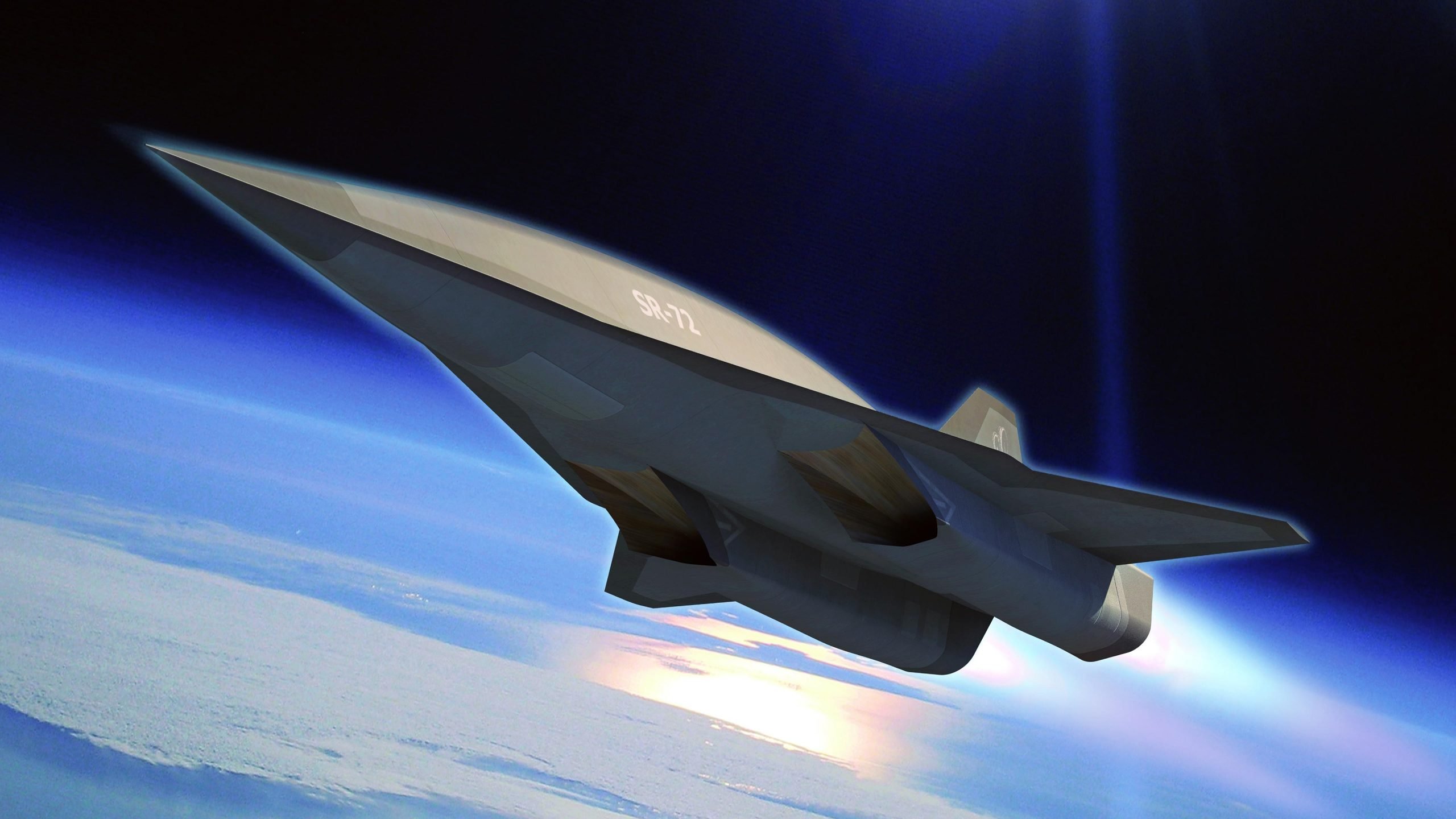 Concept art of the SR-72 has been around for years. It could exist in some capacity today but like with the SR-71 Blackbird - its spiritual predecessor - it would not be unveiled to the public until it has matured in operational service. Lockheed Martin

The SR-72 is a planned hypersonic UAV under development in the world-famous Lockheed Martin Skunk Works. The aircraft is a spiritual successor to the SR-71 reconnaissance aircraft but with a top speed closer to a staggering Mach 6. Whilst most 6th generation aircraft are planned to use active or passive stealth for defence, the SR-72 will likely use outright speed to penetrate and evade enemy defences and surface-to-air missiles.

As with all Skunk Work projects, the SR-72 is highly classified, but some finer details are beginning to emerge. A smaller, manned demonstrator aircraft featuring many of the SR-72’s design features is expected to fly around 2023, with the full-scale aircraft entering service around 2030. In 2014 Lockheed Martin was awarded a NASA contract to further develop the aircraft’s propulsion system, a combination of a traditional turbine engine with Dual Mode Ramjet. This system would hopefully provide a solution to the gap between the speeds in which turbine and scramjet engines are operational. The company is also having to address the extreme heat generated by an object moving at speeds in excess of Mach 5. Traditional metal airframes would likely melt at such speed, as such composites found in ballistic missiles and reusable space vessels will be required.

SR-72 will cover the full suite of ISR (Intelligence, Surveillance and Reconnaissance) and eventually launch strike missions and hypersonic missiles at targets. Although a first flight is planned soon, like its SR-71 predecessor the SR-72 may be a mature platform before being unveiled to the public. 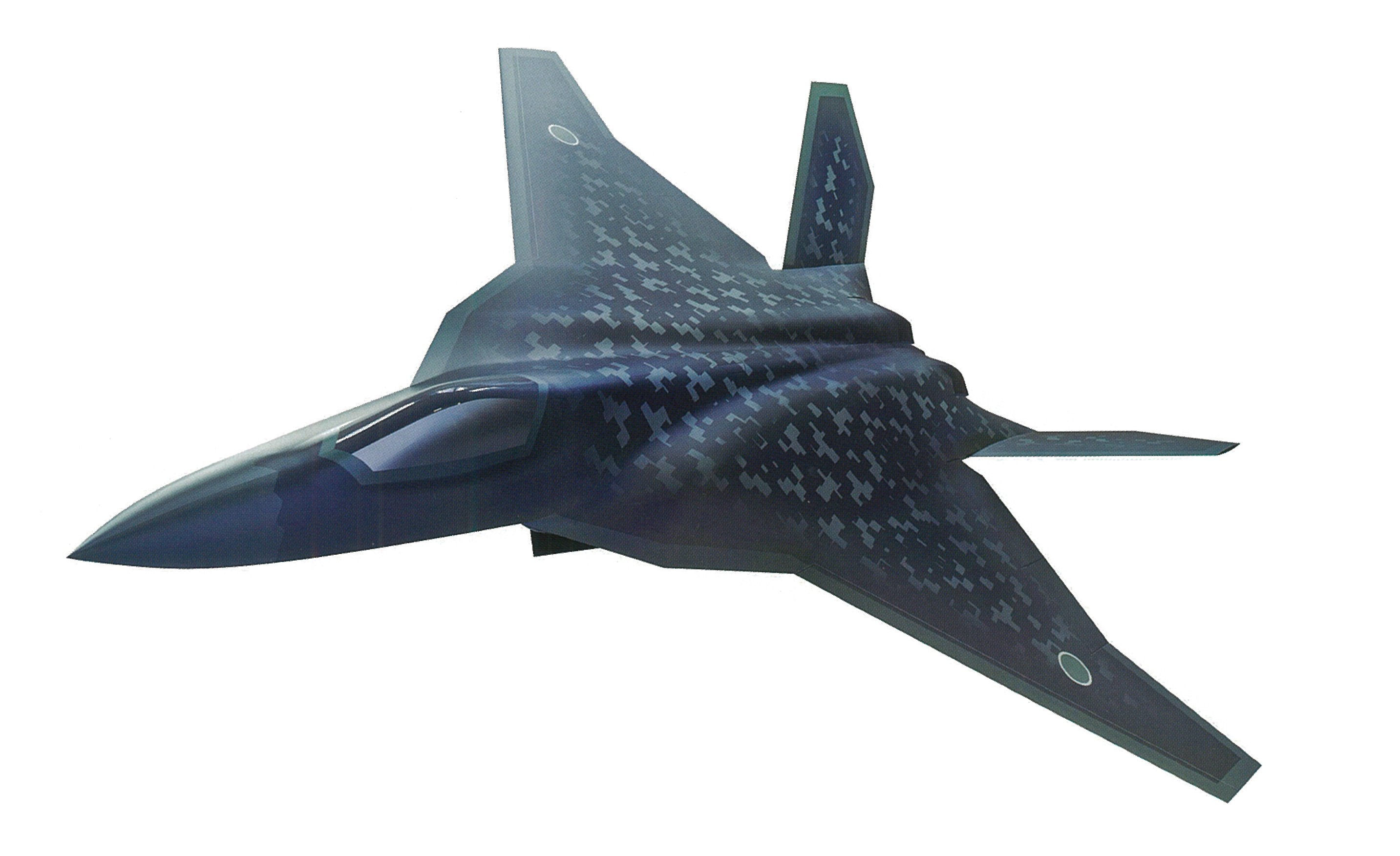 A digital rendering of the Mitsubishi F-X/F-3. Japanese Ministry of Defense

Japanese plans to procure a 5th generation fighter aircraft were thwarted when a ban on exporting the F-22 Raptor was introduced by the US Government. As a result, the Japanese began to investigate the feasibility of developing their own home-grown 5th and now 6th generation platforms.

The F-X is hoped to replace the Mitsubishi F-2 (a Japanese version of the F-16) in the next decade or so. In 2016 Mitsubishi built and flew a concept and technology demonstrator, the X-2, to test and develop many of the features that will feature in the F-X. Although the testing was successful, the Japanese determined additional international level partners would be required to complete the project. Although Lockheed Martin, Northrop Grumman and BAE Systems have all expressed an interest in working with the Japanese, a Sankei News report suggested that Japan favours a US partnership.

Early renderings suggest the F-X will be larger than the F-22 Raptor, with a substantial range and payload capacity – understandable given the perceived threat posed by neighbouring China, Russia and North Korea. As 6th generation stealth advances, new ways of detecting enemy aircraft will be required. The F-X will feature an AESA (Active Electronically Scanned Array) radar, radio frequency sensors and an infrared camera to detect incoming threats. A self-protection system will use Electronic Counter Measures to instantly react to missiles.

To enhance its survivability the F-X will actively deflect and absorb incoming radio waves using an ionised gas (plasma) antenna and radar-absorbent materials. Armament will be a substantial number of long-range air-to-air missiles and a microwave weapon to eliminate targets.