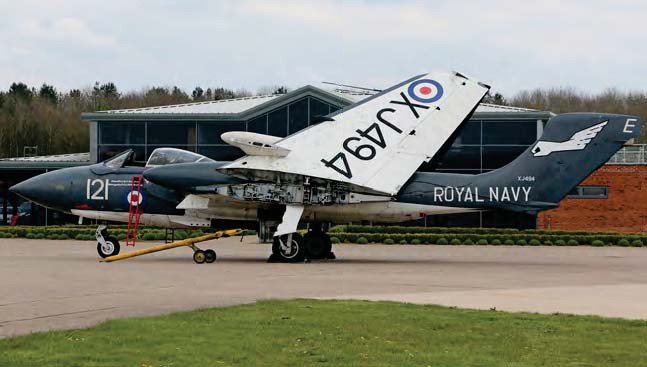 Sea Vixen XJ494 awaits the crowds outside the Whittle Building – 60 years to the day of its maiden flight. A truly remarkable feat from all involved. ALL KEY–JAMIE EWAN

Taking to the air for the first time in 1959, the aircraft spent much of its career as a trials machine before retiring in 1976 with fewer than 1,000 hours on the airframe. The twin-boom jet has called Bruntingthorpe home since its arrival in 1999 and has undergone extensive restoration to return it to working order. Over the past few months the Classic British Jets Collection (CBJC) has been hard at work on the project. Run by Dave Thomas, this all-volunteer group was created with the aim of keeping a fleet of airframes in groundrunning condition (see April’s FlyPast for a feature on Dave’s Meteor night-fighter).