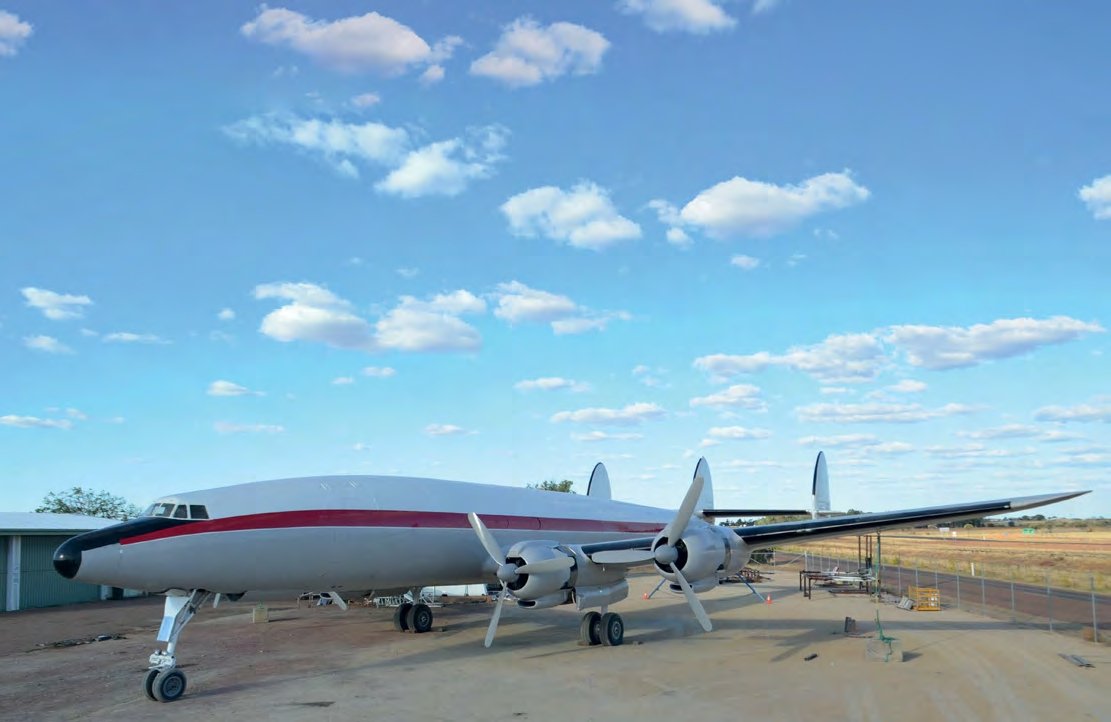 L-1049 Super Constellation N4247X with the newly refitted wings, engines and tail at the Qantas Founders Museum in Longreach on 30 May. QFM

During May at Longreach, Queensland, the Qantas Founders Museum’s Lockheed L-1049 Super Constellation, N4247X, had its wings, engines and tail section fitted, and is now standing on its undercarriage for the first time in more than three years. The project had received a major boost on 16 April with the allocation of a $300,000 grant from the federally funded Tourism Demand Driver Infrastructure Fund, administered by the Queensland Government.

The museum bought N4247X from the Manila International Airport Authority in September 2014. Over two-and-a-half-years it was extracted from its mud-encrusted position at the airport, dismantled and transported by ship from Manila to Townsville and by truck to the museum’s base at Longreach, arriving in late May 2017.

The Qantas Foundation Memorial will contribute $455,000 to the project. The external restoration is expected to be completed by July 2018, and the museum plans to restore the interior in time for the Qantas centenary in 2020.

Qantas took delivery of its first Super Constellation in April 1954 and went on to operate a fleet of 16 L-1049s. On 14 January 1958, two of them left Melbourne to inaugurate a round-the-world service, first visiting Sydney and then flying off in opposite directions. One travelled via India along the ‘Kangaroo route’, while the other flew eastward on the ‘Southern Cross route’ via the United States. The aircraft circumnavigated the globe in opposite directions, arriving back in Sydney six days later. Soon after, Qantas was operating eight round-the-world services per week.